A BRICKLAYER in Mexico who built a secret tunnel between his home and that of his married lover has been caught by her husband.

The episode unfolded in the neighbourhood of Villas del Prado in the northwestern town of Tijuana. 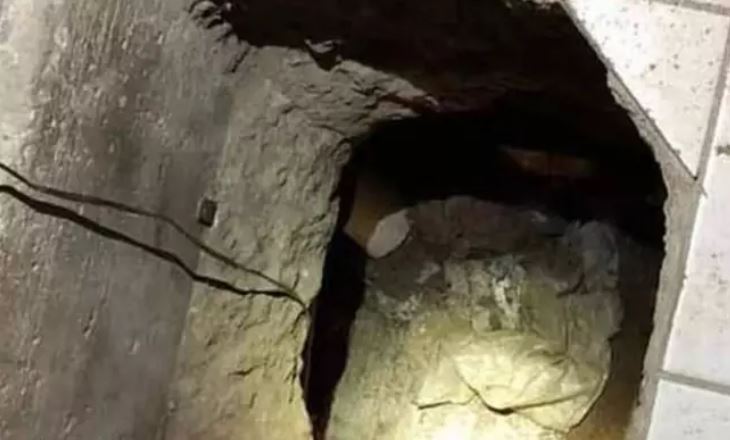 The construction worker, also married and named in local media as Alberto, reportedly built the passage to allow him to visit a neighbour, named as Pamela, with whom he had been having an affair.

The scheme had worked until one day Pamela's husband, named as Jorge, arrived home early from his job as a security worker.

After becoming suspicious, he checked under the bed in his bedroom, but didn't find anyone there.

He then spotted Alberto hiding behind a couch, but after moving the couch found that Alberto had disappeared.

He then found a hole in the floor that led to a concealed underground tunnel beneath his home.

He climbed into the passage to pursue Alberto, and after crawling along it found that it led to Alberto's home.

It is not currently clear how long the tunnel was, but the couples were reportedly neighbours.

Floor tiles can also be seen around the entrance.

After Jorge emerged from the tunnel, Alberto reportedly pleaded with him not to disclose the affair to his own wife, who was asleep in the house at the time.

Regardless, Jorge reportedly found Alberto's wife and told her.

The two men then entered a fist fight, prompting somebody to phone the police.

After arriving at the scene, police escorted Alberto away to prevent any further violence.