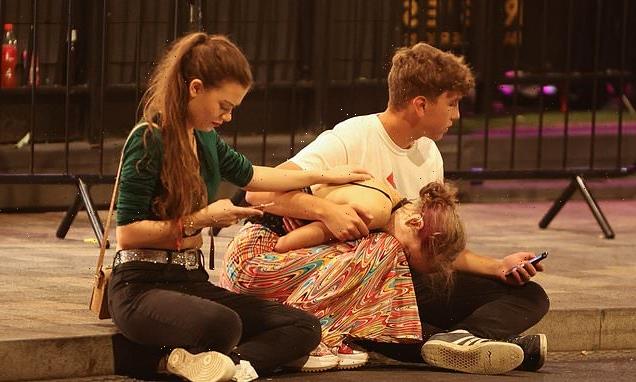 Ready for lectures in the morning? Boozy students kick start Freshers’ Week with raucous night out in Birmingham and Newcastle with teens spotted urinating in street, vomiting or lying passed out on the pavement

Boozed-up students kick-started Freshers’ Week with raucous night out – before some ended up passed out on the pavement.

Paramedics were on hand to treat drunken students who had over-indulged as they got into the spirit of life at university in Birmingham on Monday night.

Meanwhile, students gathered in Newcastle’s famous Bigg Market and along the Diamond Strip, where huge queues formed outside the most popular bars.

Some of the lines were ten people deep and police had to intervene to ensure taxis were able to get through safely.

For some, the night ended with them collapsed in a heap on the street – or stumbling home clutching a bottle of water.

Others were spotted urinating in public, vomiting on the pavement or being helped by ambulance crews.

Some loved-up freshers put on an amorous display in front of crowds in the early hours of Tuesday morning in the city’s Broad Street party district.

But for those less fortunate, their night ended in the tears as they made their way home with aching feet and a pounding head. 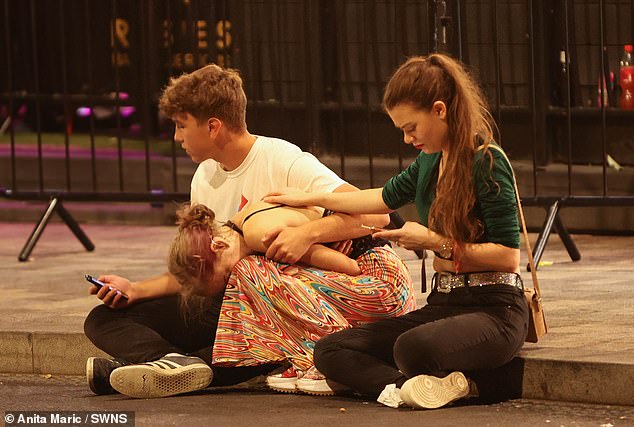 For many, the night ended with them collapsed in a heap on the street – or stumbling home clutching a bottle of water 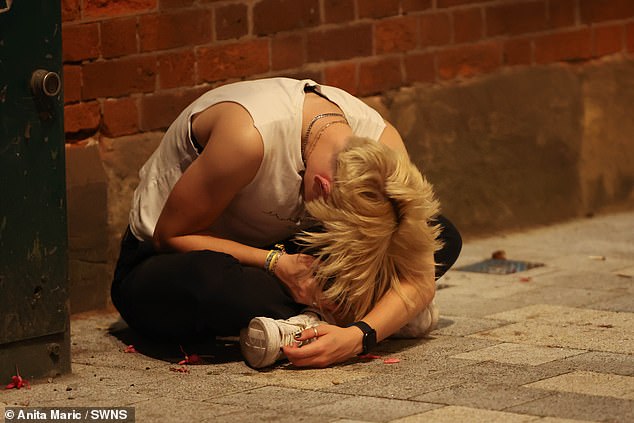 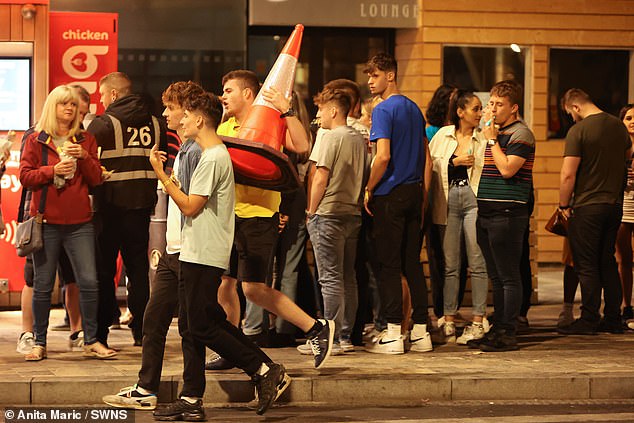 Hundreds of students queued to get inside Coyote Ugly Saloon while the bars surrounding the canal basin and Brindley Place were packed with revellers.

A first year English student, who just gave his name as Andy, said: ‘It’s been carnage tonight but who can blame us?

‘The pandemic has taken it’s toll on everyone but students have been cooped up, unable to meet up or have any fun.

‘As soon as the bars were open everyone went mad. It’s been a hell of night but it’ll be worth the hangover.’

Despite warnings of an expected spike in Covid cases following the influx of students starting university, many freshers expressed little concern.

One student, Samantha, 18, said: ‘My mum and dad have both had the vaccine, as had my nan.

‘I’ve just had my vaccine before I got to uni so as far as I’m concerned Covid is over for us. 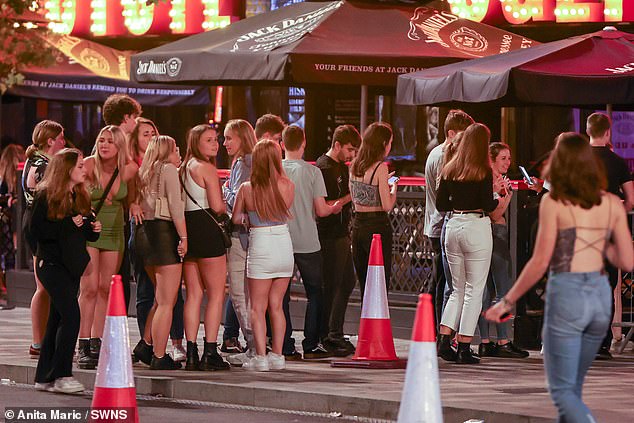 ‘It’s basically like flu or a heavy cold. We all need to crack on with life.. We can’t run scared anymore. Life’s too damn short!’

Birmingham University and Aston University Freshers’ Week kicked off on Sunday and goes on all week.

A £22 wristband gets students access to events including an adult-sized ball-pit, confetti showers, beer pong, bucking rodeo bulls and a neon glow rave which promises ‘f*** loads of neon paint’.

Last year, festivities were cancelled due to the pandemic, but yesterday evening was busier than ever.

Newcastle has a firm reputation as a party city and it is popular with stag and hen groups.

One student said: ‘The nightlife here is amazing. I have never known anything like. It’s a carnival atmosphere.

‘Everyone is just so happy to be out partying after such a terrible 18 months.’