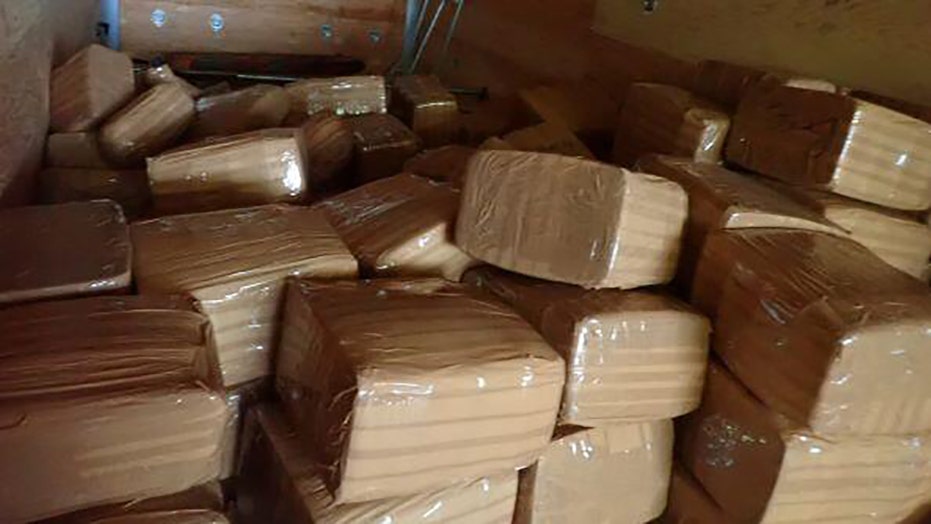 Border Patrol officers in Southern California discovered nearly $13 million worth of methamphetamine and fentanyl hidden inside a shipment that a Mexican national attempted to smuggle across the border, officials said Tuesday.

Officers at the Otay Mesa Commercial Facility near San Diego made the discovery on Aug. 5 after conducting an extensive examination on a tractor-trailer that was supposedly transporting a shipment of plastic household articles, U.S. Customs and Border Protection said in a statement.

After scanning the tractor-trailer with the port’s imaging system – similar to an X-Ray scan – CBP officers spotted anomalies within the trailer. A canine team was brought in and sniffed out the narcotics. 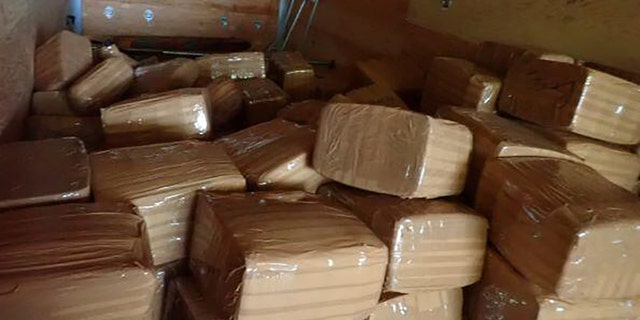 Concealed within the boxes, officers found a total of 414 packages consisting of 5,528 pounds of methamphetamine and 127 pounds of fentanyl – a total of 2.8 tons of narcotics with an estimated street value of $12,990,749 million.

The seizure marked the largest methamphetamine bust along the southwest border, according to CBP. 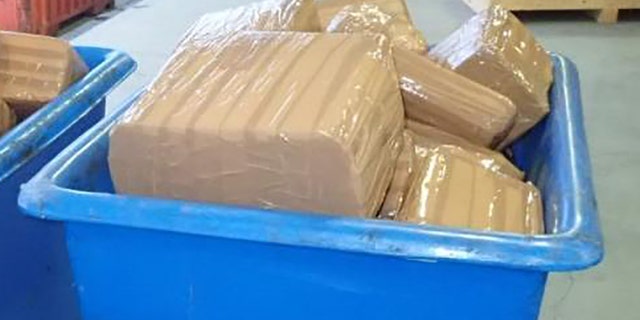 The narcotics seized weighed a total of 2.8 tons: 5,528 pounds of methamphetamine and 127 pounds of fentanyl.
(U.S. Customs and Border Protection )

“This amount of fentanyl and methamphetamine is enough to ruin countless lives and fund transnational criminal organizations,” said Pete Flores, CBP Director of Field Operations in San Diego.  “I’m proud of our officers’ efforts at all Ports of Entry within the San Diego Field Office to intercept this and all smuggling attempts.” 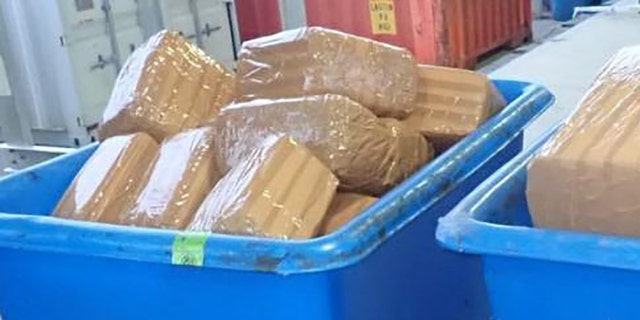 The 2.8 tons of methamphetamine and fentanyl had an estimated worth of $12,990,749 million.
(U.S. Customs and Border Protection )

The 53-year-old Mexican driver was arrested for allegedly smuggling the narcotics and is facing federal charges. He was turned over to U.S. Immigration and Customs Enforcement (ICE) and was being held at the Metropolitan Correctional Center in San Diego.

Otay Mesa is a neighborhood in San Diego that sits just north of the border with Mexico.