A mother gave a ‘blood-curdling’ scream after her three-year-old son was fatally injured when he ‘ran into a road in front of a car’.

Shocked eye-witnesses told how the youngster was hit by a silver Toyota Rav4 at around 7pm last night in East Finchley, north London.

They said the driver, who stopped at the scene, was seen ‘pacing around’ and appeared ‘very stressed.’

The boy was rushed to hospital, but was pronounced dead shortly after arrival.

Local residents said the mother fell to her knees after her son was knocked down by the vehicle. 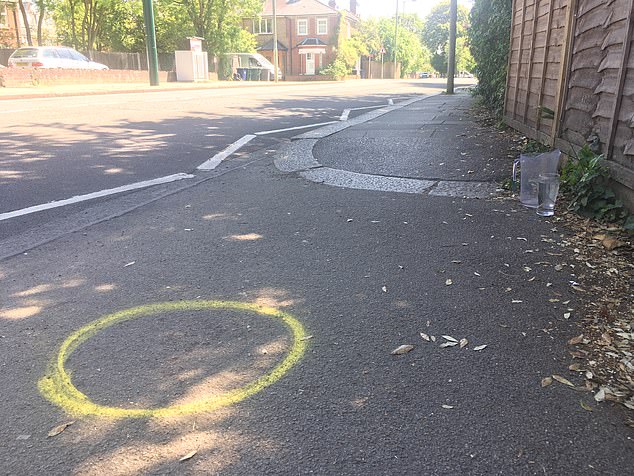 A three-year-old boy died after being hit by a silver Toyota Rav4 in East Finchley, north London, last night. Pictured is the scene and a mark in the road left by investigators

The fatal crash happened near a busy pub packed with customers enjoying an after-work drink.

Police and paramedics raced to the scene of the tragic accident which happened on a single lane carriageway.

One local residents was upstairs bathing her children when she heard the mother’s ‘piercing’ screams and thought somebody had been murdered.

One witness, known only as Hannah, said: ‘It was so sad – I have never heard screams like it.

‘I was upstairs bathing the kids and then I head piercing screams – It was blood curdling.

‘I thought somebody had been murdered and told my husband not to go outside.’

The marketing manager, 36, added: ‘Five minutes later, I saw a helicopter, an ambulance and police and when I went to the end of the road, I saw them trying to resuscitate the boy.

‘There was an elderly man and woman at the side of the road crying.

‘When I came back at 10pm, the buggy was still left in the road – it looked like an expensive one.

‘The police cordoned off the entire road from the pub to the next set of lights so nobody living here could get in or out.

‘Then they were running speed tests late at night, I imagine to ascertain how fast the driver had been going.’

A woman who lived on the street where the accident happened said a man and a woman who appeared to be in their 60s were in the car involved. 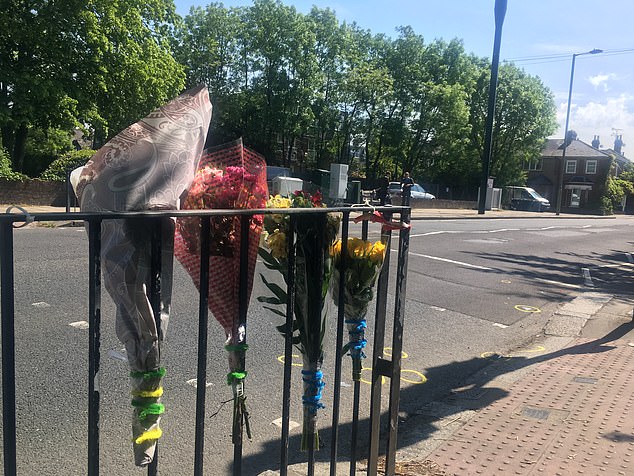 Flowers have been left at the scene in East Finchley today, pictured, while witnesses said the boy’s mother let out a ‘blood-curdling scream’ when her son was hit by the vehicle after ‘running out into the road’

She added: ‘I feel so sorry for them. ‘In these tragedies it is so often the drivers who get blamed, but it is not always their fault.

‘I see so many mothers walk along here with their children 10 steps in front of them, and it’s a busy road.’

She added: ‘They weren’t young people driving badly. I saw them stood by the police van looking very upset and I offered them a glass of water.’

Mariela Valnaeva, a 29-year-old student, who lives nearby, said: ‘I was on the street opposite and I heard a loud thud.

‘The mother was screaming, and there were two women with her trying to calm her down.

‘She was on her knees next to her little boy, but nobody was touching him as he lay on the floor by the traffic lights outside the pub.

‘He was on the floor near the pavement and there was a lot of blood. People placed his coat over his face.’

She added: ‘It is an awful tragedy. ‘I feel sorry for the mum and the boy.

‘The car was a silver Toyota and I saw the bumper on the front passenger side hanging off, but no other damage.

‘He [the driver] was on the phone pacing around, he seemed very stressed.’

A woman who lived further down the street added: ‘It’s so sad. Drivers whizz along this road all the time.

‘I wasn’t home when the crash happened, but I saw police running speed tests that evening.’ 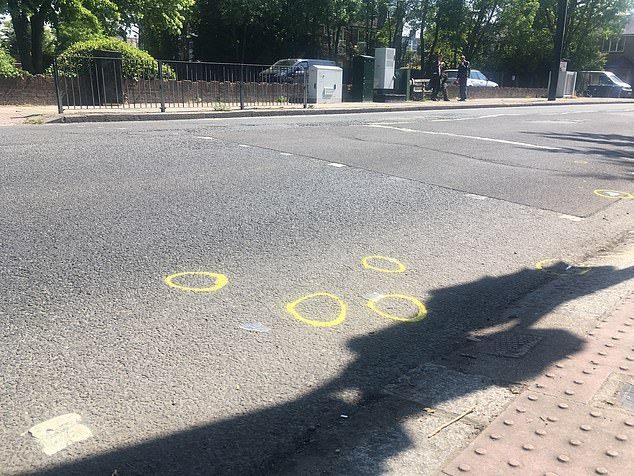 A bartender at the Five Bells pub, opposite the scene, said the venue was packed with customers at the time of the crash.

He said: ‘All the staff stayed inside and were helping the police by keeping the customers inside the pub.

‘Some people rushed over from the pub garden to help. There were a lot of customers at the time.’

‘At the scene a three year old boy had been in collision with a Toyota Rav4.

‘The injured child was taken to a north London hospital by paramedics where he was sadly pronounced dead shortly after arrival. Next of kin have been informed.

‘The driver of the car involved stopped at the scene and has not been arrested.’

‘Inquiries are underway to establish the circumstances surrounding the collision and officers are keen to hear from anyone who has dashcam footage or who witnessed the incident first hand.’

23/05/2019 World News Comments Off on Boy, three, dies after being hit by car in street in north London
Lifestyle