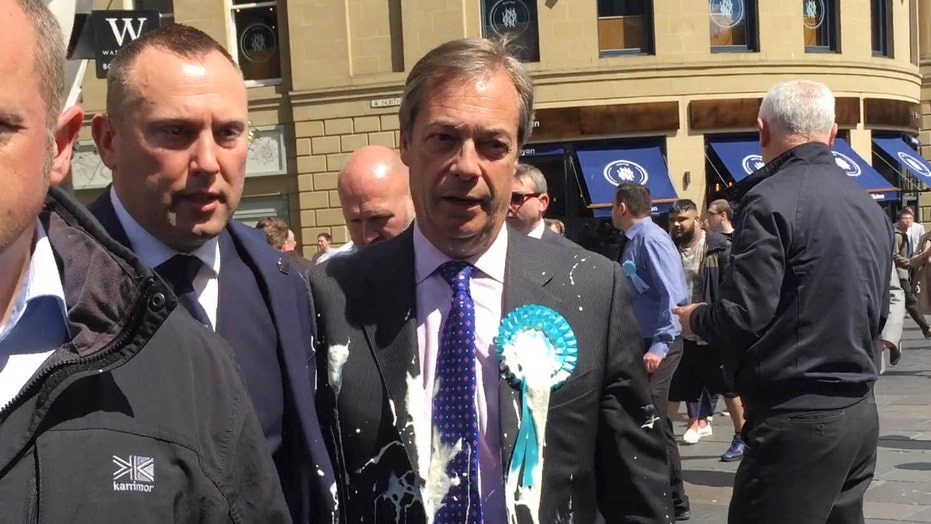 Fox News Flash top headlines for May 21 are here. Check out what’s clicking on Foxnews.com

A 32-year-old man was arrested on assault charges Tuesday after British police say he hurled a milkshake at Brexit Party leader Nigel Farage.

Paul Crowther, 32, was arrested on suspicion of assault after police say he threw a banana salted caramel shake at Farage on Monday to protest what he called the leader’s apparent “bile and racism.”

Farage, who was in Newcastle for a Brexit Party campaign event when he was attacked, took to Twitter to make light of the protest.

“Whatever they throw at us, we will never give up.”

Milkshakes have become an unlikely political weapon in Britain as other right-wing candidates have been targeted in similar attacks,

Just last week a McDonald’s in Scotland was ordered to not sell “milkshakes or ice cream” ahead of a rally Farage was set to attend.

“We will not be selling milkshakes or ice creams tonight. This is due to a police request given recent events,” the sign posted to the door of the McDonald’s in Edinburgh read.

Farage's Brexit Party is leading opinion polls in the contest for 73 U.K. seats in the 751-seat European Parliament.