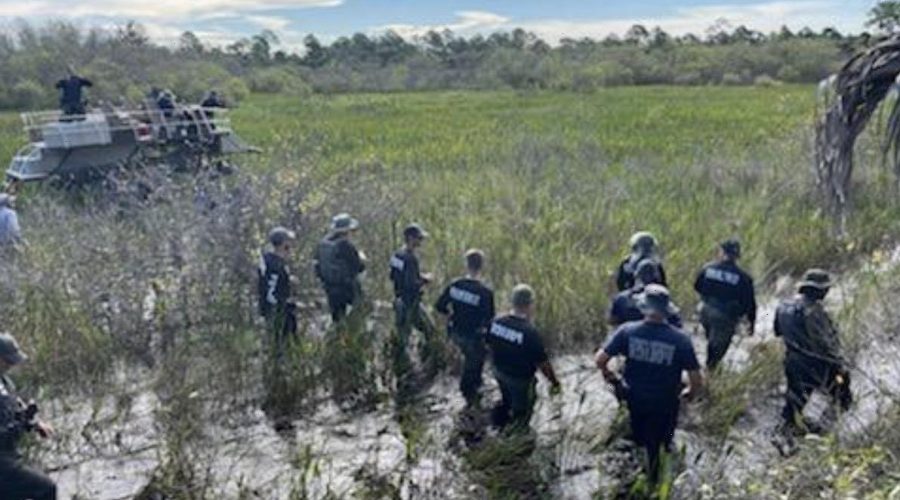 THE ALLIGATOR-infested Carlton Reserve reopened for the first time in weeks after the FBI's manhunt for fugitive Brian Laudrie ended today.

Officers began to scour the area last month in a bid to track down Laundrie who is a person of interest in connection to the murder of his fiancee Gabby Petito. 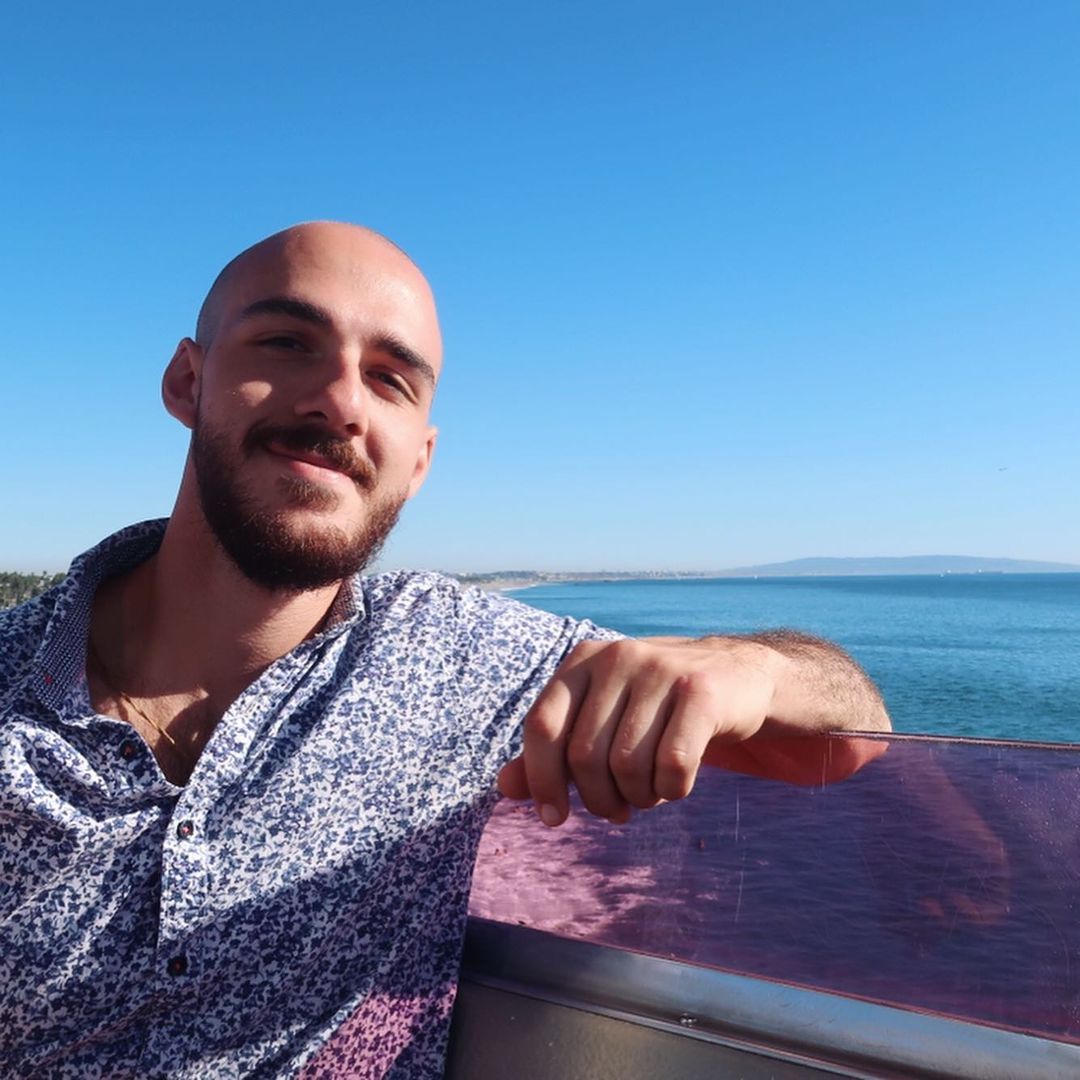 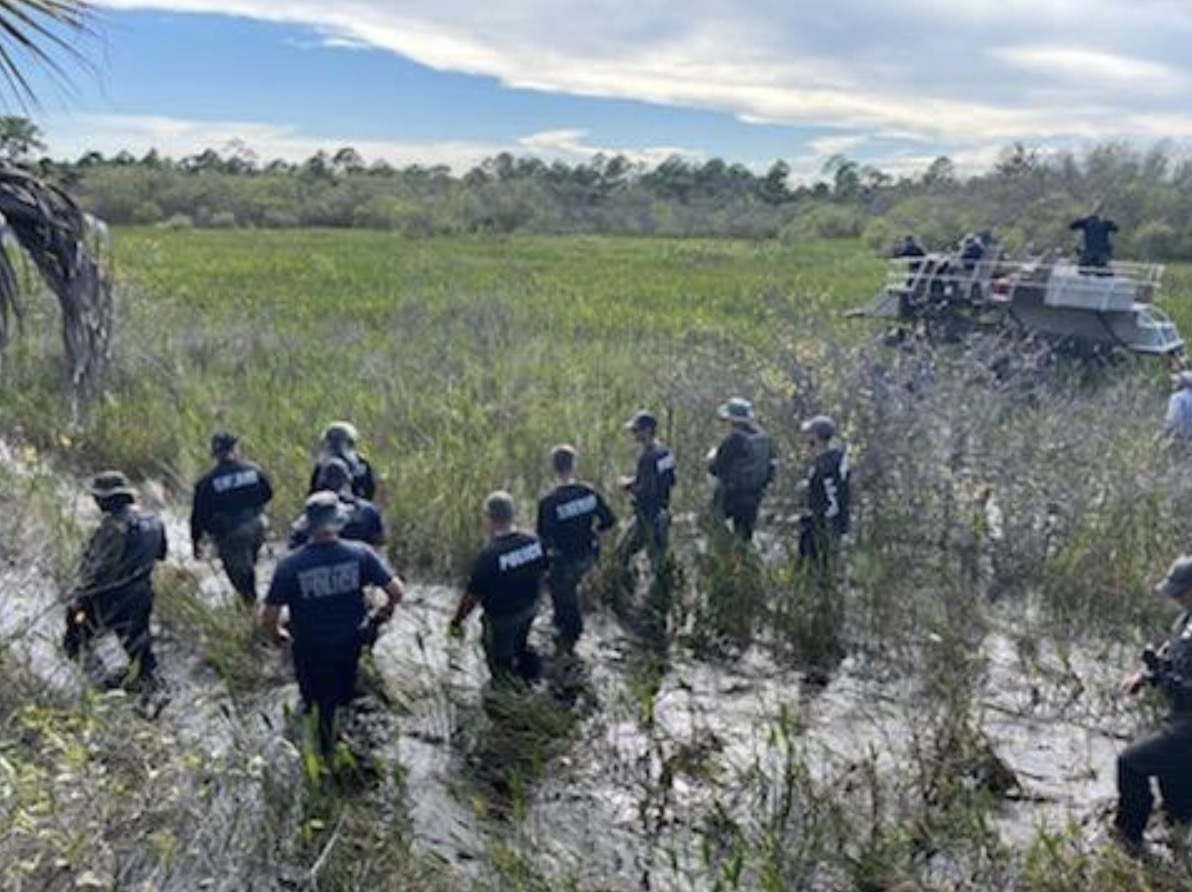 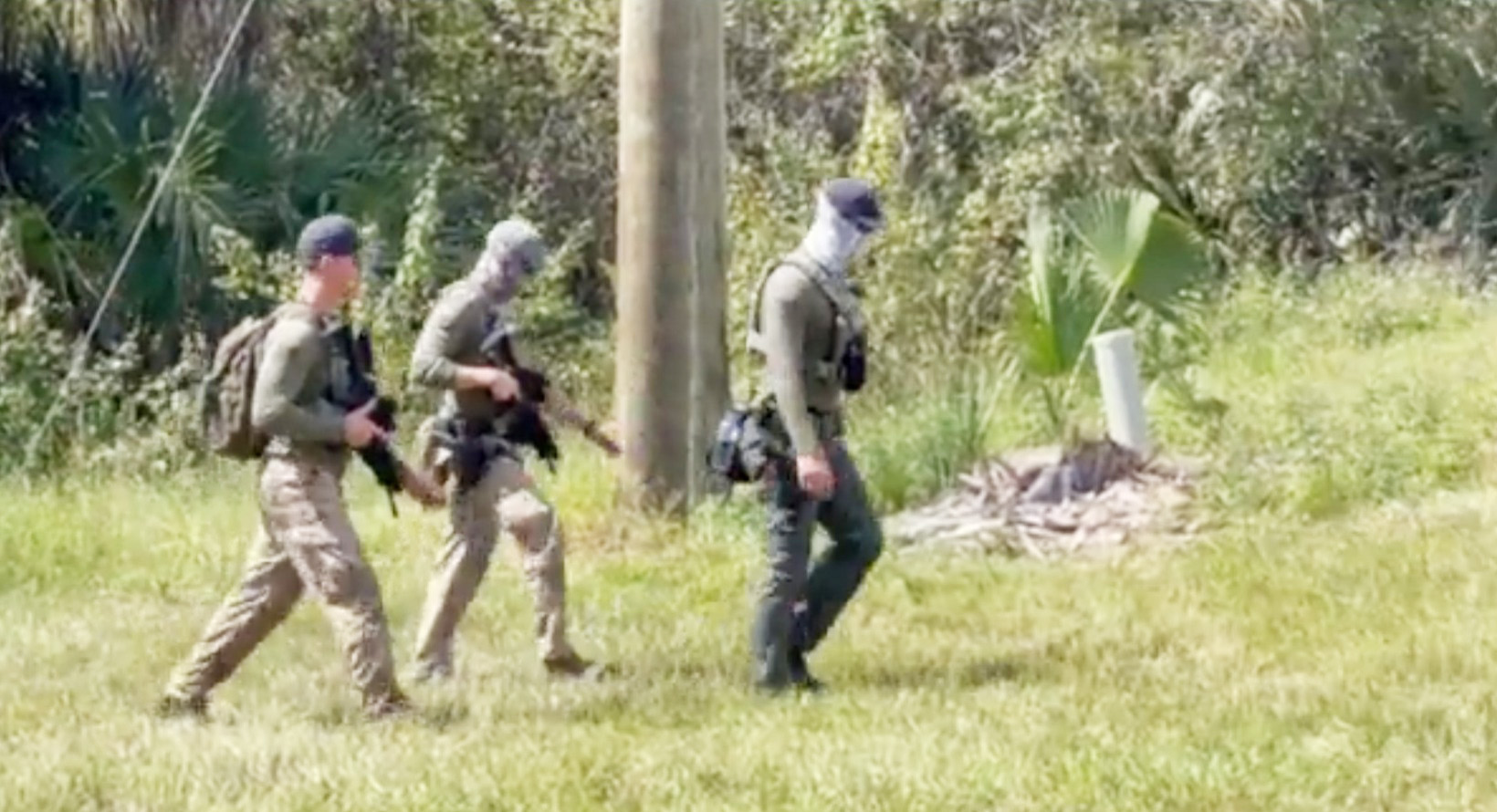 According to local media, parts of the Sarasota swamp were reopened this morning after the search for the 23-year-old appeared to be over.

Two weeks ago Laundrie's dad Christopher was seen with law enforcement officers in one part of the reserve.

Christopher's lawyers told the media that he had been assisting officers in the search for this son.

But today dogs walkers and members of the public were seen strolling through the 25,000-acre national park where police believed Laundrie was hiding.

And the FBI told News Nation Now that they have no update on the case.

Last Friday, officers ramped up the search and turned up with rifles  for what North Port cops told News Nation's Brian Entin was “training and searching.”

They also entered through the west entrance, just off of Tropicaire at Big Slough, one that was not used before, as police tape sealed off one exit and officers could be seen flocking to the scene.

“Do Not Cross” tape was spotted by a WFLA reporter at the North Port side of the Myakkahatchee Creek Environmental Park, which gives access to the 25,000-acre Carlton Reserve.

Laundrie remains at large for nearly five weeks after he was reported missing on September 17 by his parents Chris and Roberta.

Laundrie returned to Florida quietly on September 1 without his fiancée Gabby Petito.

Meanwhile, a private investigator claimed that Laundrie will be flushed out by the bone-chilling winter and will be forced to break into cabins to steal food.

Private investigator Jason Jensen believes Laundrie is hiding in the Appalachian Mountains and thinks the winter will flush him out.

He told NewsNationNow: “I would really start in Northern Georgia and work my way up to South Carolina. That’s where I’d concentrate my efforts.

“You’re going to have a milder winter there. I do know that I would expect that my cabin would be broken into if I had one in that area because he’s going to try and take shelter there or steal provisions.”

Laundrie celebrated Gabby's 22nd birthday on the Appalachian Trail earlier this year and one of the vlogger's pals Rose Davis said the fugitive had previously lived on the hiking route for "months".

Jensen added: "I believe that he thinks in his mind he's familiar with this area enough that he could blend in and hide."

Former FBI agent Jennifer Coffindaffer thinks it’s “certainly plausible” that Laundrie may be hiding out on the Appalachian Trail.

One “online detective” known as Ian Scott tweeted: “When I first discovered Brian Laundrie’s email account, I posted that there was activity using it on September 18. Now the latest update is showing activity for October 15.”

The sleuth speculated that either Laundrie is “active”, his account has been hacked, or the “Feds are checking”.

Another internet sleuth, known only as Kryreth the Kayak Bounty Hunter, claimed to have discovered a mobile phone and what appears to be a Gmail account linked to the email as recovery options.

There’s no evidence to support claims that Laundrie has been active on his emails.