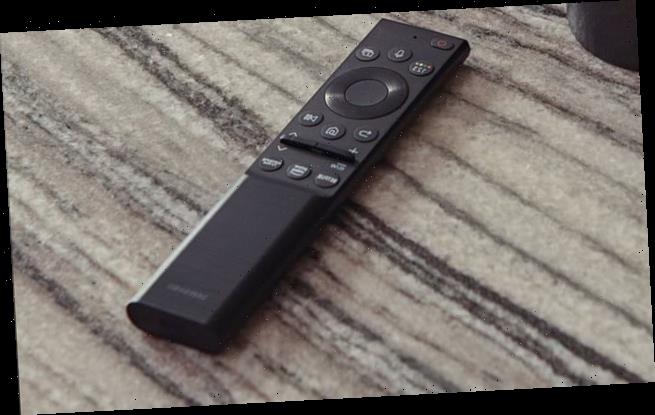 Bright idea! Samsung unveil SOLAR-POWERED television remotes that can be charged from the light in your lounge

Samsung has created a new solar-powered TV remote which can also be charged by indoor lighting, removing the need for replaceable batteries.

The technology giant made the announcement as part of the ‘Going Green’ scheme for its television business.

The new TV remote, called the Solar Cell Remote Control, contains a small solar panel and can be charged using both indoor and outdoor light, as well as being plugged in. 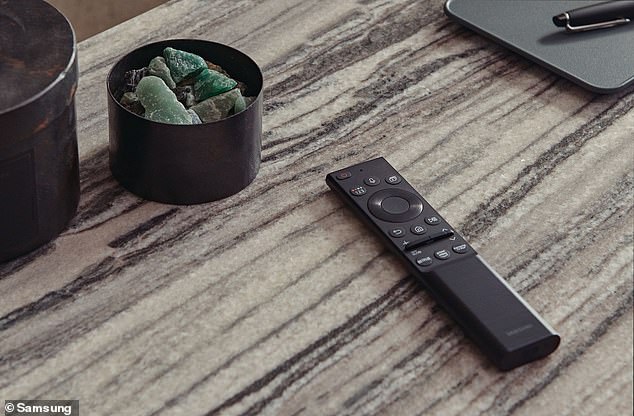 In 2021, Samsung TVs will come with a solar-powered remote control that can be recharged by indoor light, outdoor light or USB as part of ‘Going Green’ initiative to be more sustainable

Samsung says it estimates it will help prevent waste from around 99 million batteries over seven years.

As well as the remote, which is made using recycled plastic bottles, the company said it was expanding its Eco-packaging scheme to more of its TVs launched in 2021, which reduces text and images on the packaging in order to reduce the amount of oil-based ink used in printing.

In a more unusual step, the packaging is also covered in a pattern of microdots, aimed to help buyers reuse, customise and repurpose the packaging as objects such as pet houses around the home as part of a further effort to reduce waste.

The South Korean firm also pledged to reduce the carbon footprint of its TV business over the next several years, as well as seek to reduce power consumption in its products and use more recycled materials.

Several tech giants have begun taking a range of steps to improve their green credentials – last year Apple stopped including charging plugs in the box for new iPhone models in an effort to reduce weight and the amount of packaging required for each device.

The industry has come under pressure to do more around sustainability, with MPs on the Environmental Audit Committee (EAC) saying manufacturers should do more to collect electronic waste and improve clarity around the lifespan of devices. 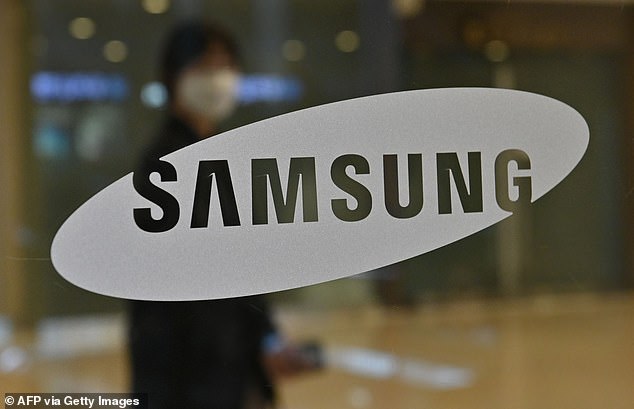 As well as the remote, which is made using recycled plastic bottles, the South Korean tech company said it was expanding its Eco-packaging scheme to more of its TVs launched in 2021

‘During the past year, we have witnessed the pivotal role technology played in helping us carry on with our lives and stay connected with each other,’ JH Han, president of Samsung’s visual display business said of his company’s latest sustainability steps.

‘Our commitment to an inclusive and sustainable future goes hand-in-hand with our relentless pursuit for innovation to meet consumers’ ever-changing needs – from reducing the carbon footprint of our products, to providing a suite of accessibility features, to offering an unparalleled viewing experience that fits each user’s lifestyle.’

Samsung’s green plans were part of the tech giant’s First Look event, which previewed its new range of TVs ahead of launch at the CES technology trade show next week.

Because of the coronavirus pandemic, the annual convention – traditionally held in Las Vegas – is taking place entirely virtually.