MOD policy ‘allows Britain to break international laws on torture’: Government is accused of using a ‘secret loophole’ to hand information to foreign spies if it benefits the UK – ‘even if there is a risk of abuse’

Britain was today accused of giving ministers the chance of sharing intelligence with allies even if it leads to torture, it was claimed today.

An internal Ministry of Defence policy document from just before Christmas reportedly allows the Government to pass tips to foreign spies if the benefits to Britain outweigh the risk of a detainee being abused.

Former Brexit Minister David Davis believes this is illegal and called on new Defence Secretary Penny Mordaunt to tear up the policy because it has ‘betrayed’ British values.

Mr Davis and human rights campaigners claim that the document allows ministers to circumvent a Cabinet Office document that says that in ‘no circumstance will UK personnel ever take action amounting to torture or cruel, inhuman or degrading treatment or punishment’. 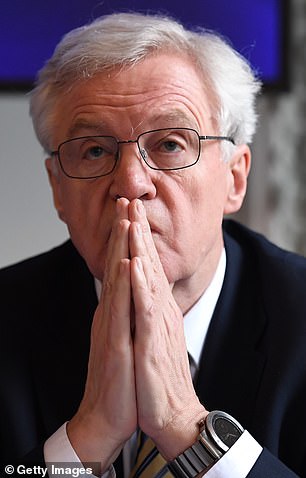 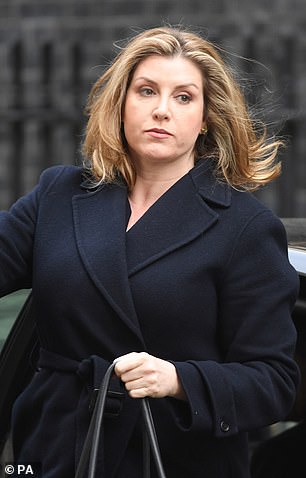 The intelligence sharing policy, uncovered by The Times using FOI, has not been used, according to the newspaper.

Kirsty Brimelow, QC, an acclaimed human rights lawyer, said: ‘The law on prohibition of torture, without exception, is clear and established internationally and nationally. So this document is supporting ministers breaking the law by use of their executive power’.

Lord Carlile of Berriew, the former independent reviewer of terrorism legislation, told The Times: ‘The policy is a proportionate approach to difficult questions, which will arise rarely. It is not in breach of international law.’

A MoD spokesman said: ‘All our policy and activities in this area comply with the Cabinet Office’s consolidated guidance’.

Last year the Prime Minister had to say sorry to Libyan Abdel Hakim Belhaj, who was kidnapped and sent back to his country in 2004 with his pregnant wife, aided by MI6 intelligence. 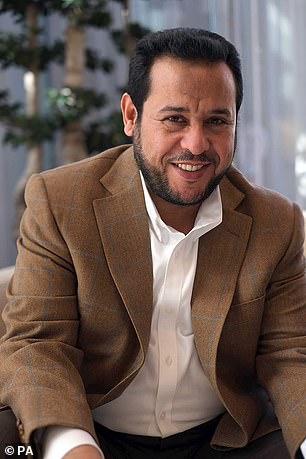 He was flung into a prison controlled by the Libyan despot Colonel Gadafi where he endured six years of torture. Mr Belhaj’s wife was paid £500,000 in compensation.

Last week the UN Committee Against Torture said an independent public inquiry should be established to investigate allegations of murder, torture and abuse by soldiers in Iraq.

The UN Committee Against Torture said an independent public inquiry should be established to investigate allegations.

It said the UK should ‘refrain’ from bringing in laws that grant an amnesty or pardon to troops who could have been implicated in mistreatment.

The panel expressed concern that no prosecutions for war crimes or torture had resulted from probes by the discredited Iraq Historic Allegations Team (Ihat).

The UN committee also said it was ‘seriously concerned’ that allegations of torture and killing by the British Army in Northern Ireland during the Troubles have not been ‘effectively investigated’.

Yet the Government is already facing claims that it is failing to take action to stop a ‘witch-hunt’ against veterans who fought terrorists in the province.

More than 1,000 Army veterans – many in their 60s and 70s – are potential murder or manslaughter suspects over deaths at the height of the IRA’s terror campaign.

They have been contacted over around 40 incidents dating back to the 1970s, including Bloody Sunday.

At least two ex-soldiers, both in their 70s, have been charged over killings in Northern Ireland more than 40 years ago.

The Government announced in February 2017 that the £60million Ihat unit looking at alleged abuses in Iraq would be shut down following a Daily Mail campaign that exposed its failings.

At its height, 3,600 allegations of mistreatment were on its book, but not a single soldier was found to have acted illegally.

This week the new Defence Secretary, Penny Mordaunt, backed an effective amnesty for veterans on the day that Northern Ireland Secretary Karen Bradley announced plans to set up the taxpayer-funded investigative body to probe incidents in the Troubles.

The Government believes the Historical Investigations Unit will redress the imbalance in previous probes that have focused on killings by soldiers rather than terrorists.

Miss Mordaunt said she wanted plans to strengthen the legal protections for military personnel who served on overseas operations such as Iraq and Afghanistan to be extended to cover veterans of the conflict in Northern Ireland.

She intends to create a ‘statutory presumption’ against prosecution which date back more than ten years. However, there has been anger that it will not apply to troops who served in Ulster.

A report by the UN Committee Against Torture said: ‘The committee urges the state party to take all necessary measures to establish responsibility and ensure accountability for any torture and ill-treatment committed by UK personnel in Iraq from 2003 to 2009, specifically by establishing a single, independent, public inquiry to investigate allegations of such conduct.

‘The state party should refrain from enacting legislation that would grant amnesty or pardon where torture is concerned. It should also ensure that all victims of such torture and ill-treatment obtain redress.’

It said the UK should ‘refrain from enacting amnesties or statutes of limitations for torture or ill-treatment, which the committee has found to be inconsistent with states parties’ obligations under the convention’.