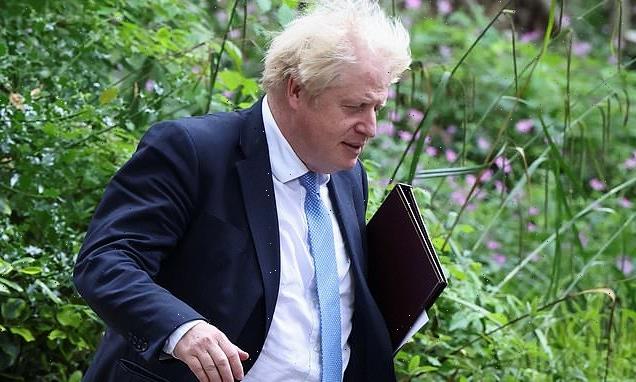 Britain and Brussels are set to agree a truce to avoid a so-called ‘sausage war’ over exports to Northern Ireland.

The UK and the bloc are expected to agree an extension to the current temporary post-Brexit arrangements to ensure that chilled meats will continue to be allowed to be shipped from Great Britain to Northern Ireland.

A grace period allowing chilled meats to cross the Irish Sea is due to expire at the end of tomorrow but both sides expect it to be extended.

Downing Street said that it believes a deal to avoid a ban will be reached ‘on terms which are acceptable to the UK’. 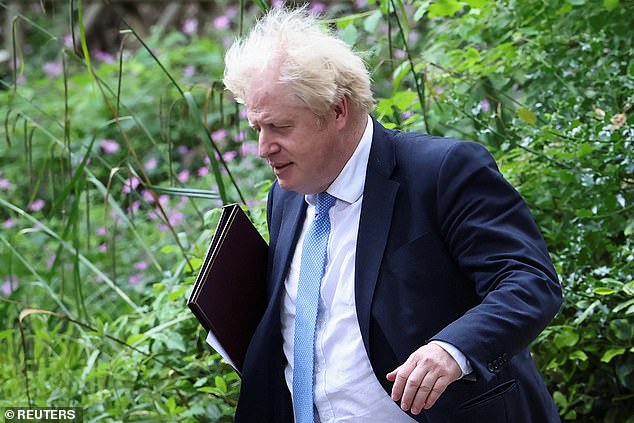 Boris Johnson had threatened to unilaterally extend the grace period, something which would have triggered retaliatory action from the EU – a trade conflict which has been dubbed the ‘sausage war’ 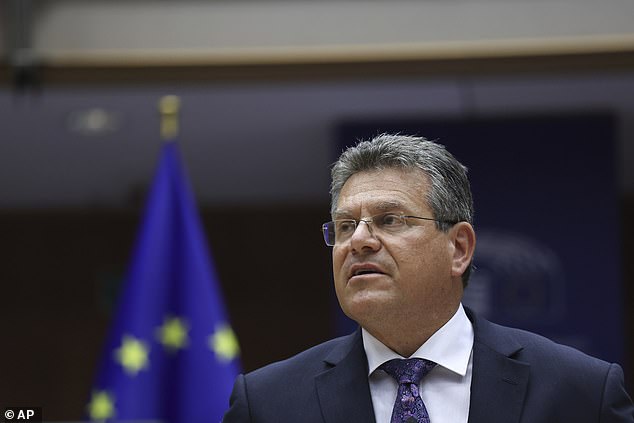 The Number 10 comments came after European Commission vice-president Maros Sefcovic said he was confident a solution could be found before the scheduled ban on sausage shipments came into force on July 1.

The Prime Minister’s Official Spokesman said: ‘We expect to agree an extension to the chilled meat grace period soon, on terms which are acceptable to the UK.

‘We will announce further details in the usual way.’

The extension is expected to be announced tomorrow – the last possible date to avoid a ban on chilled meats from Great Britain entering Northern Ireland’s shops.

Boris Johnson had threatened to unilaterally extend the grace period, something which would have triggered retaliatory action from the EU – a trade conflict which has been dubbed the ‘sausage war’.

The prohibition on chilled meats is one element of Brexit’s contentious Northern Ireland Protocol, which has created a series of economic barriers on Irish Sea trade.

The protocol is aimed at avoiding a hard border with Ireland by effectively keeping Northern Ireland in the EU’s single market for goods.

Shipments of chilled meats from third countries into the single market are banned – a prohibition which will cover the rest of the UK unless a lasting solution is found.

Mr Sefcovic told a Northern Ireland Assembly committee yesterday that he was confident an extension would be granted ‘that will address both sides’ needs and concerns’.

He said an ‘obvious’ way to remove new Irish Sea trade checks and restrictions on a longer term basis would be for the UK to strike a deal on animal and plant standards that would see London align with Brussels’ agri-food regulations.