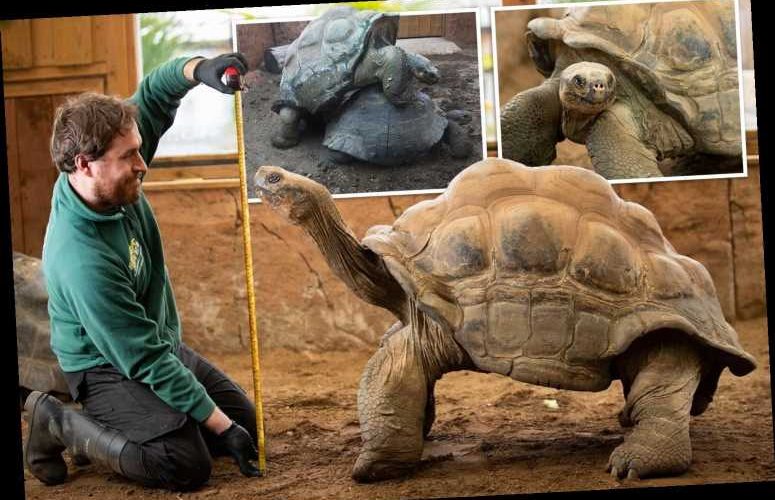 DIRTY old Dirk — Britain’s randiest tortoise — gets his annual fitness test to prove he is in shape for the breeding season.

At 70, the 2ft 4ins Giant Galapagos tortoise, weighing 27 stone, is “at it all the time” with his three females, keepers say. 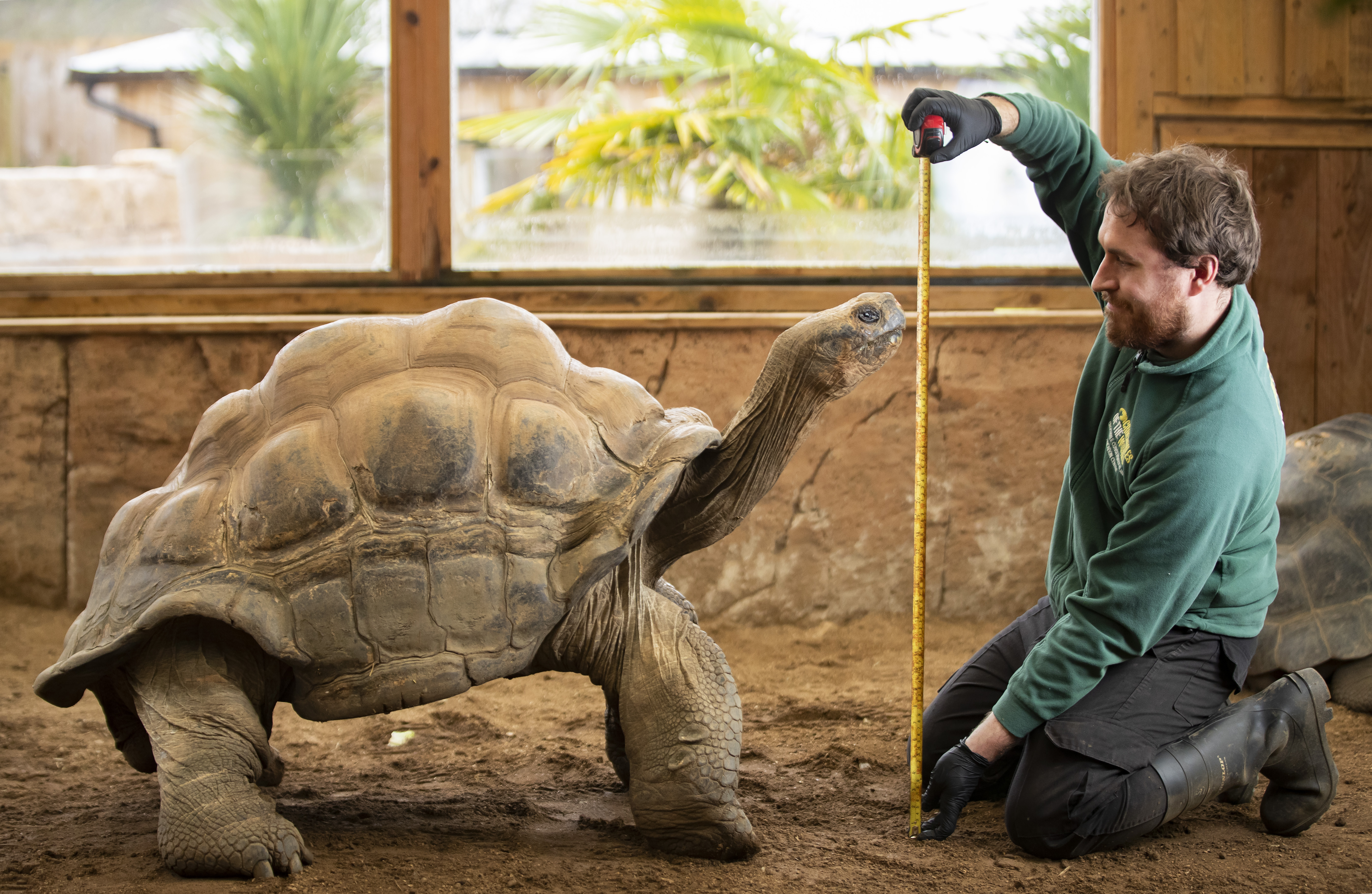 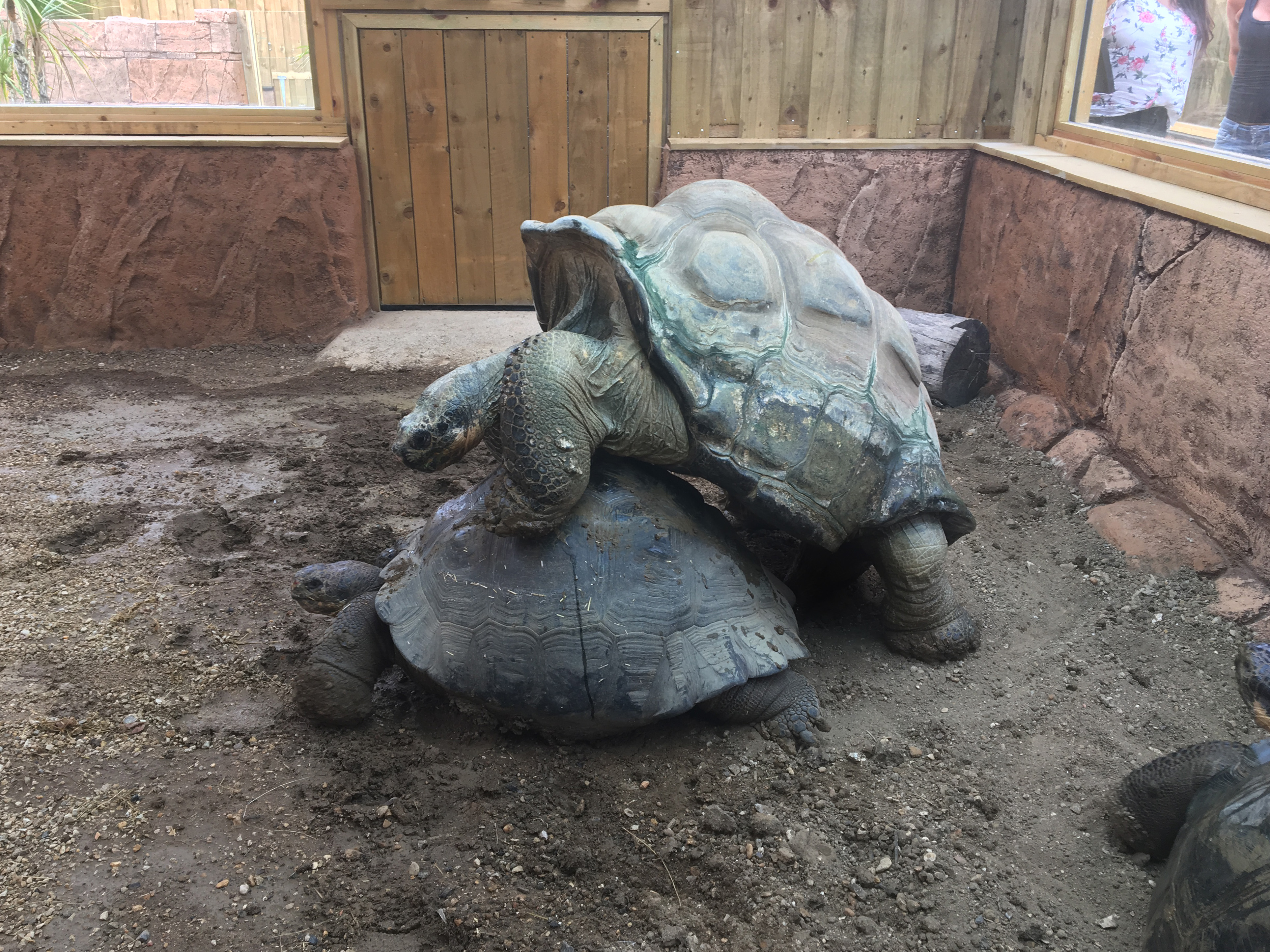 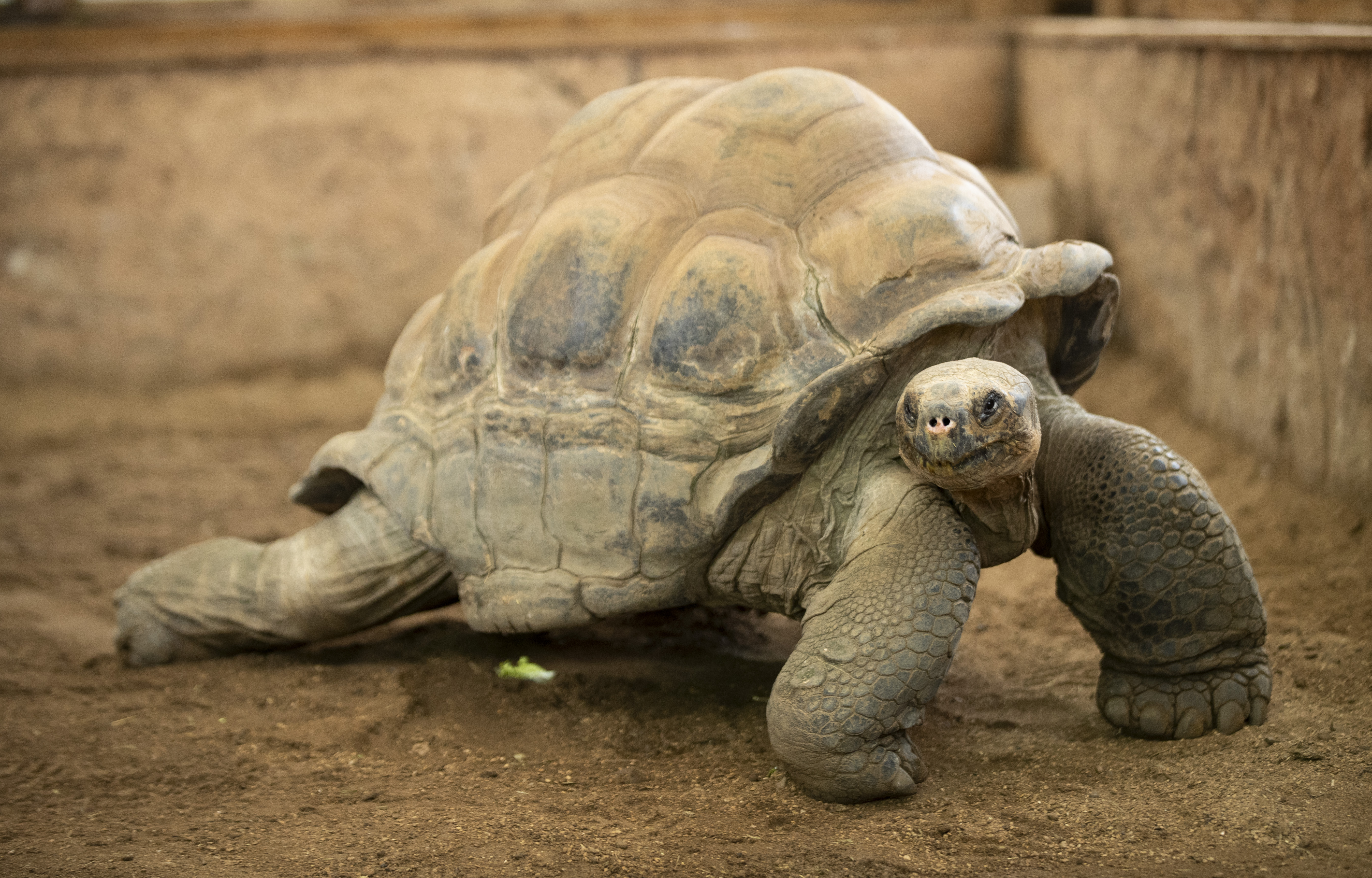 So far, his romps have failed to produce offspring.

But experts at Crocodiles of the World, in Brize Norton, Oxon, said: “This could be the year.”

Experts added: "Dirk mates all the time, he is a really randy tortoise as it at it an awful lot.

"But he is in great condition and shape and we hope there will be successful breeding this year.

"We think that the three females are still a bit young but this year could be the year." 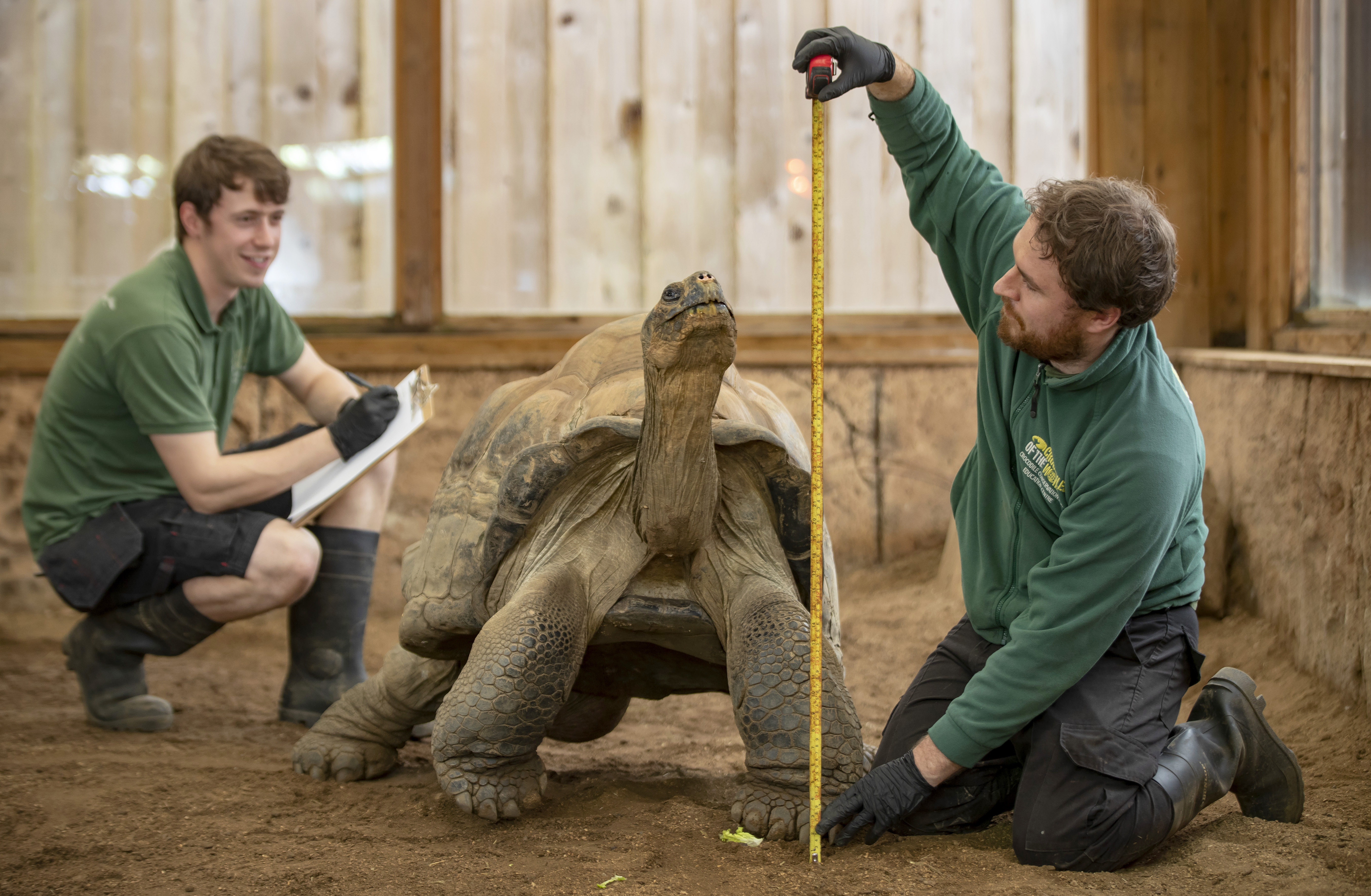 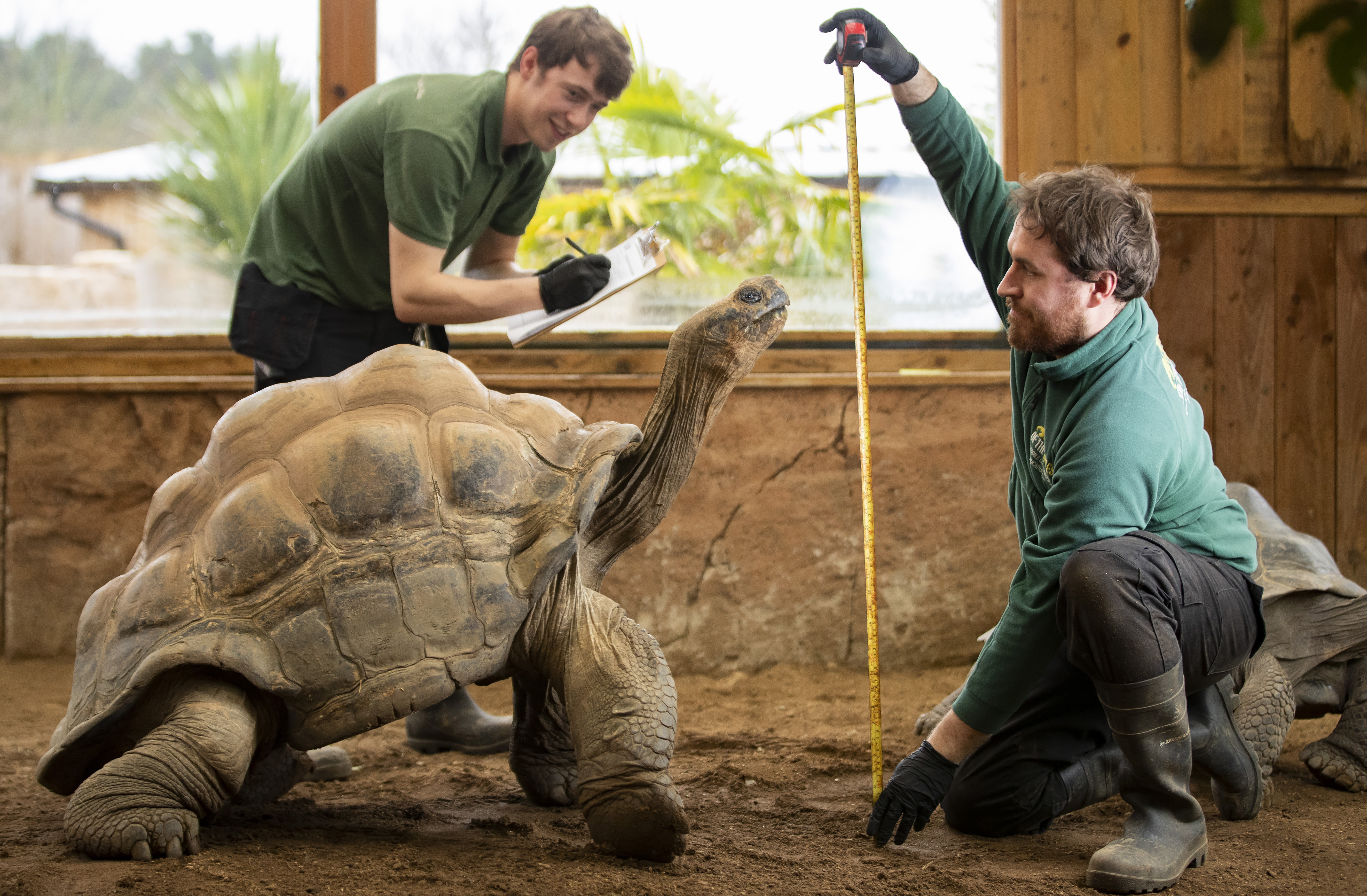 Dirk is named after lothario Dirk Diggler from the movie Boogie Nights.

Dirk originally came to Britain after being caught from the wild on the Galapagos Islands in 1962.

There are currently believed to be around 20,000 Giant Galapagos Tortoises left in the world.