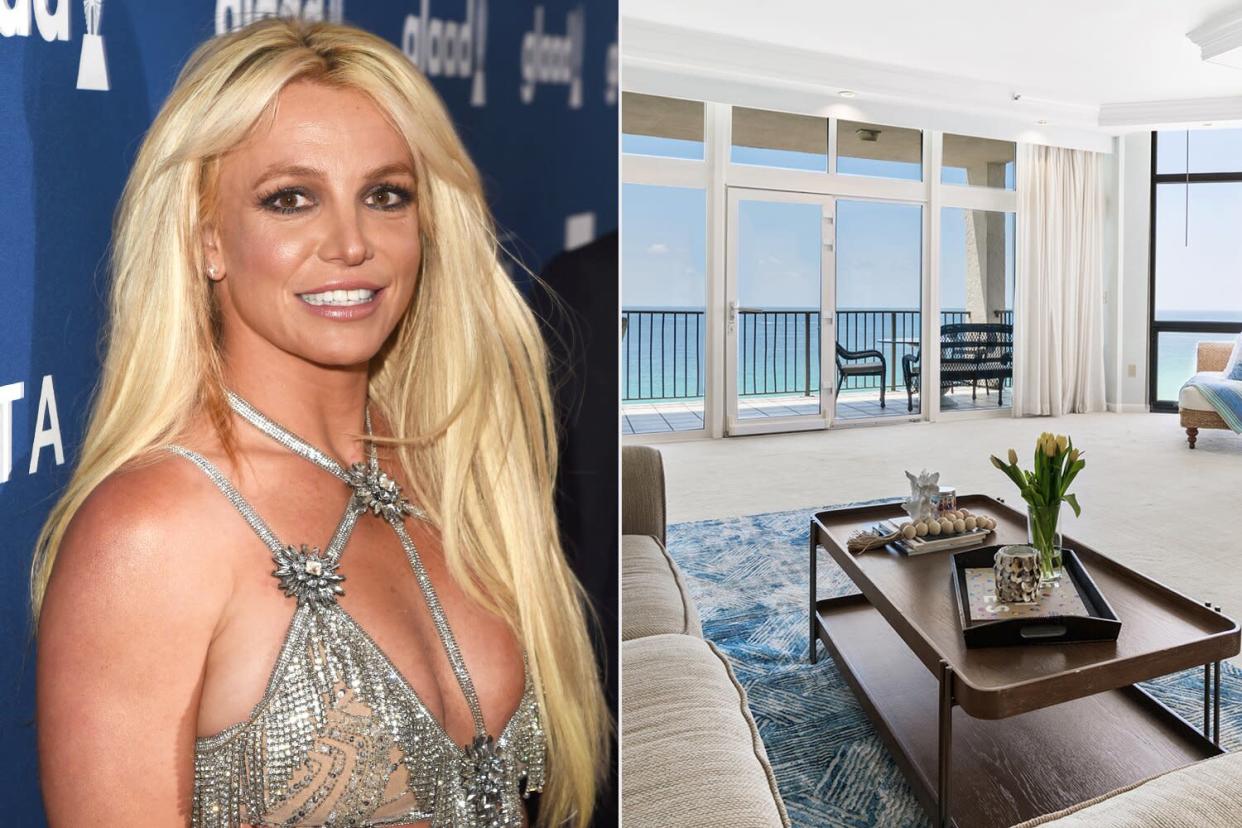 Britney Spears is looking to say goodbye to her Destin, Florida, residence.

The “Toxic” singer, 40, has officially put her 3,600-square-foot condo on the market for $2 million. After originally purchasing the home for $920,000 in 2001, according to realtor.com, the pop icon is hoping to find a buyer for the three-bedroom, three-bathroom home.

The listing is currently held by Rob Augustine at Corcoran Reverie.

Last year, Spears’ condo made the news when a 2015 tweet from her sister Jamie-Lynn was resurfaced by fans amid her conservatorship battle.

When asked by a fan what her favorite vacation spot was, Jamie-Lynn tweeted, “We have a condo in Destin, Florida, and it’s the best getaway!”

Jamie Lynn responded to the backlash from Spears’ fans on Instagram, hitting back at claims she had profited off her sister’s conservatorship: “I don’t own a condo, and I can assure you that no one has ever bought me a place at the beach, because I prefer my beach vacations at the Ritz anyway. Simple FACTS. Y’all need to stop reachin’.”

[email protected] We have a condo is Destin, Florida and it’s the best getaway! #AskJLS

RELATED: Britney Spears’ Son Jayden, 15, Reveals Why He Did Not Attend Her Wedding: ‘I’m Happy for Them’ 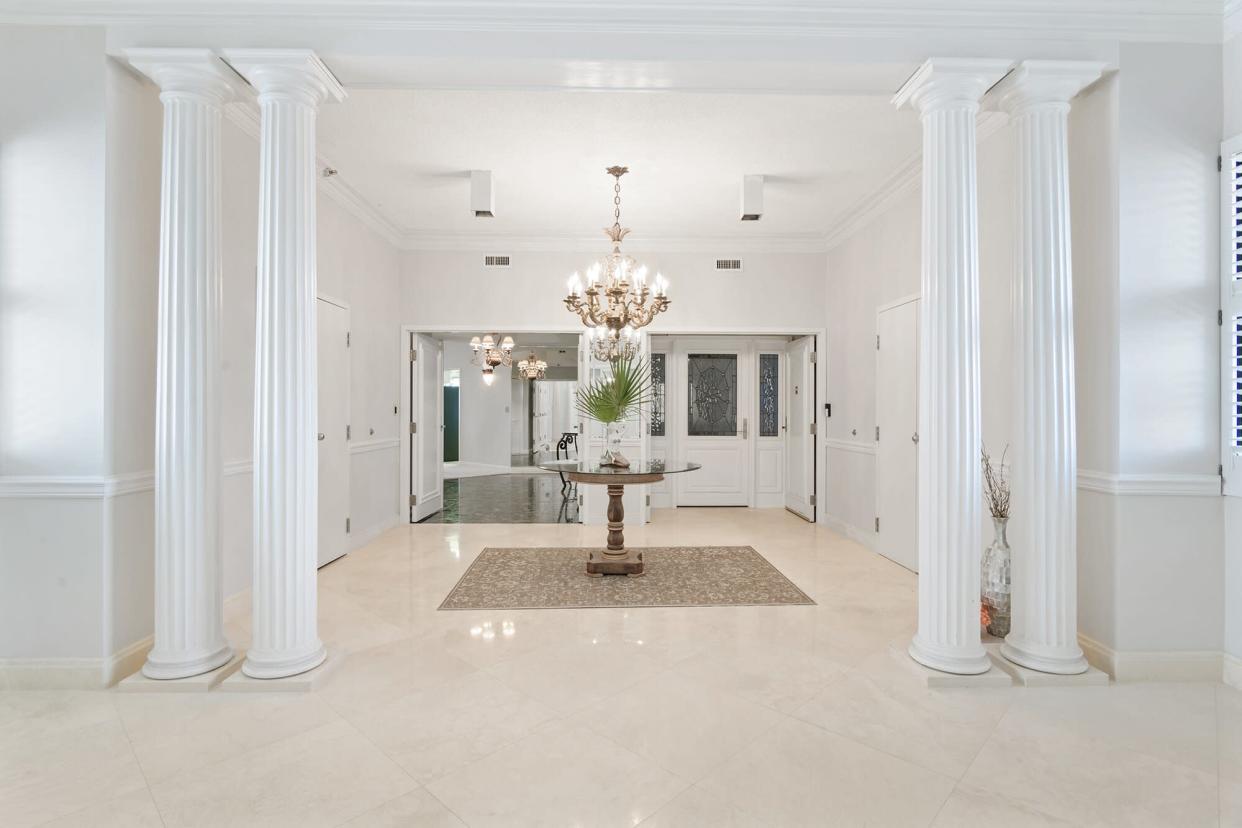 Aside from the drama, the condo boasts many notable features including its beachfront location on the Gulf of Mexico. The condo itself takes up over half of the tenth floor and provides direct views of the surrounding Emerald Coast. 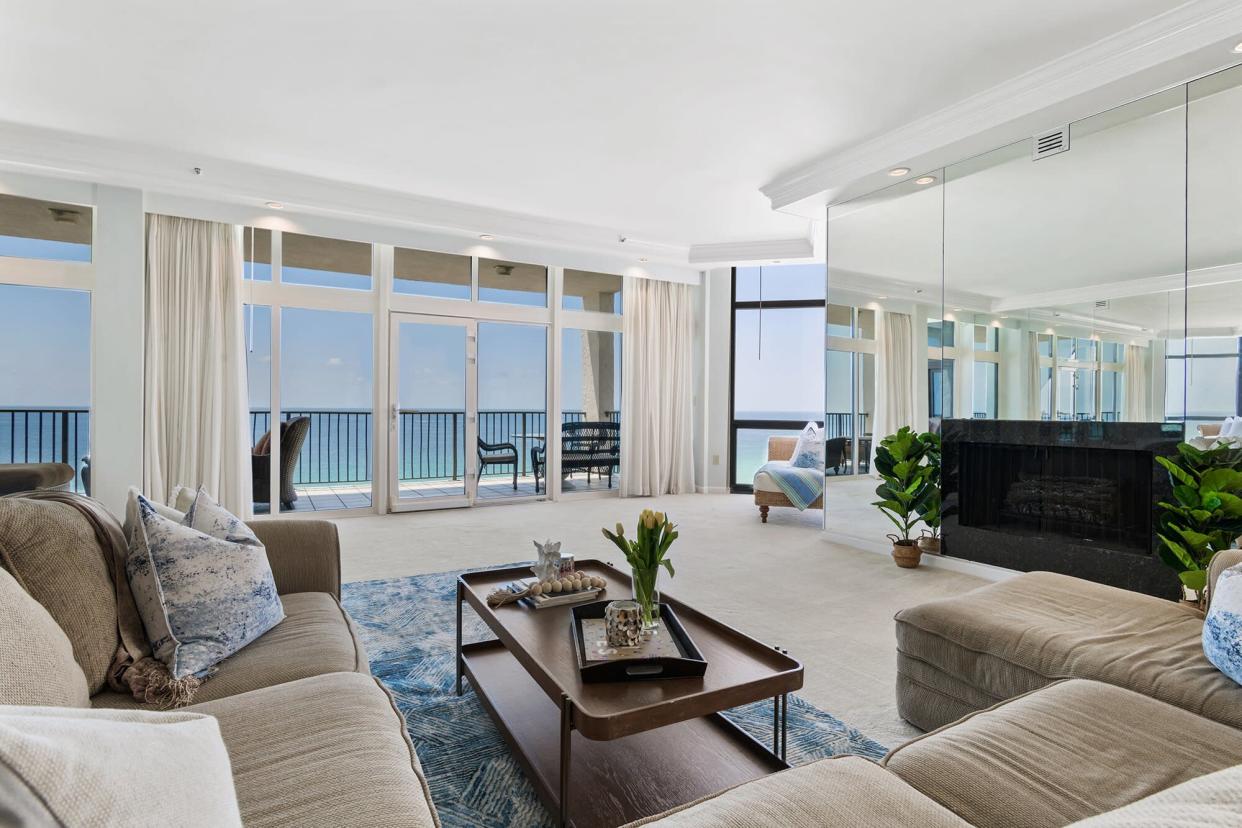 A long hallway leads down to the spacious living area, which features a mirrored wall and direct access to the large balcony. The wood-burning fireplace and wet bar make it an inviting space for guests to lounge in.

RELATED: Britney Spears Reflects on Conservatorship in Lengthy Video: ‘I Felt Like My Family Threw Me Away’

Meals can be enjoyed in the dining room or at the kitchen table, both overlooking the stunning turquoise waters. 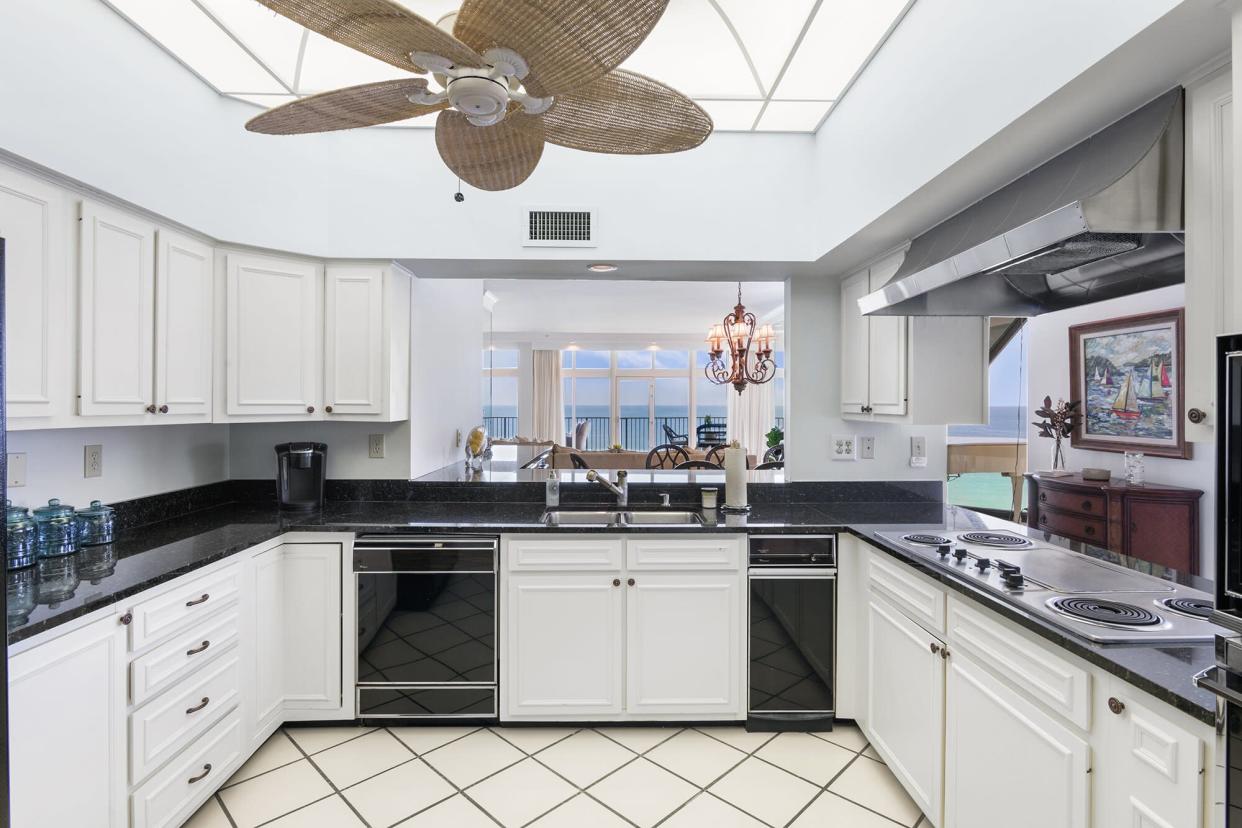 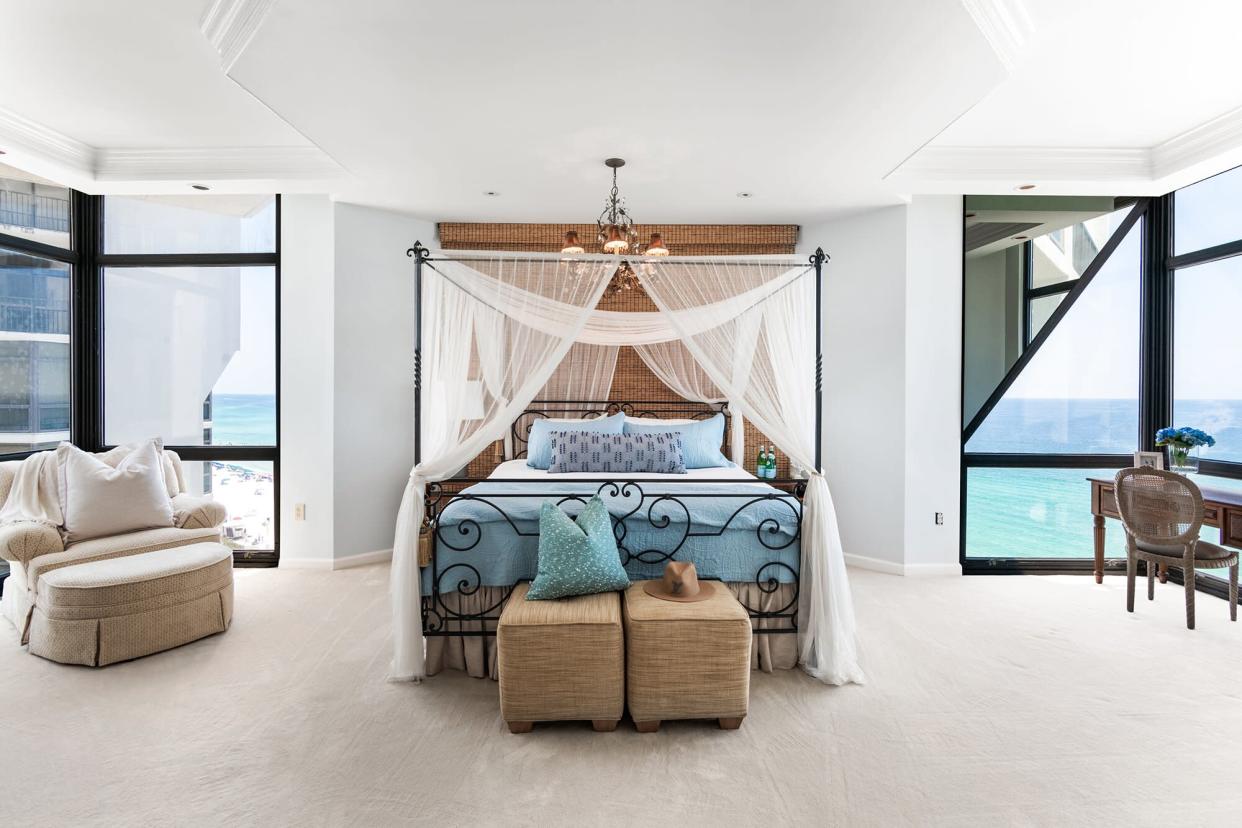 The primary bedroom offers direct access to the balcony, along with large windows to enjoy the view from inside.

The primary bathroom is equipped with double sinks and a generously sized marble bathtub. 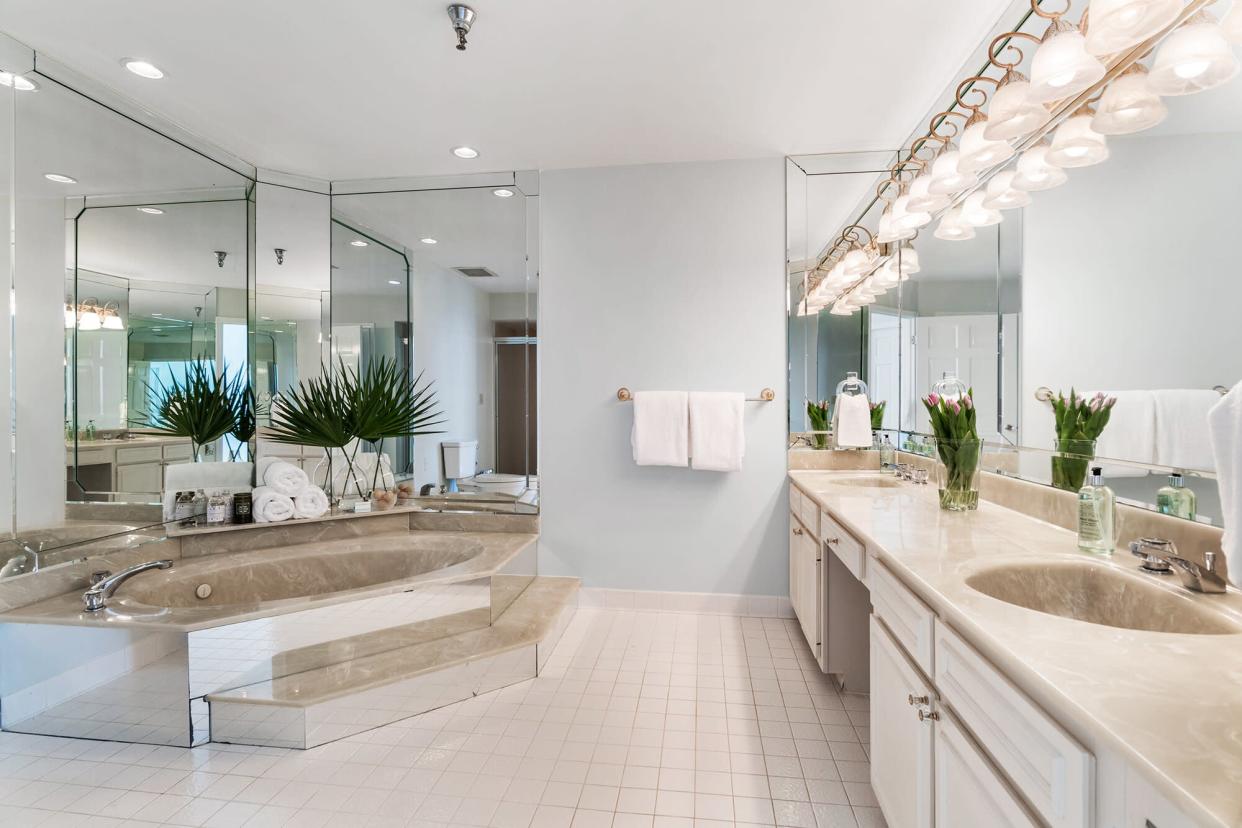 News of the listing comes just a few months after Spears married Sam Asghari, 28, in June. Famous friends like Madonna, Paris Hilton and Drew Barrymore were among the 60 attendees at the wedding where Spears walked herself down the aisle.

The couple announced their engagement in September 2021, just two months before the pop star’s 13-year long conservatorship was officially terminated in November.