Bull tears through huge crowd of religious worshippers in India, goring 12 and leaving three in a critical condition

An angry bull has ploughed through a religious procession in India, injuring at least 12 people with three still in a critical condition.

The Shia mourners were commemorating the martyrdom of Islamic leader Hazrat Ali when the bull tore into the crowds yesterday in Lucknow, a city in the north of the country.

Around 250,000 people were in the procession for the religious day and dramatic video shows the moment the bull became loose.

As panic spread throughout the mourners, a group of young men managed to grab the bull’s horns and pushed it to the side, according to The Times of India.

Three people remain in hospital with critical injuries after the rampage while another nine required treatment.

Nadeem Rizvi, 55, Zafar Abbas, 28, and Laraib Zaidi, 25, were seriously injured after being gored by the bull. 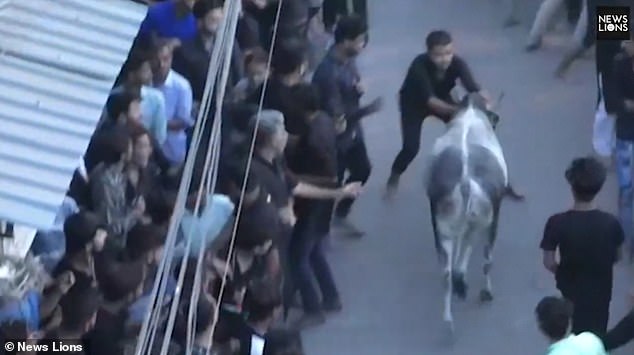 The mourners had come to celebrate the martyrdom of Hazrat Ali when the stray bull ran amok, with many trying to bring it under control by grappling its horns 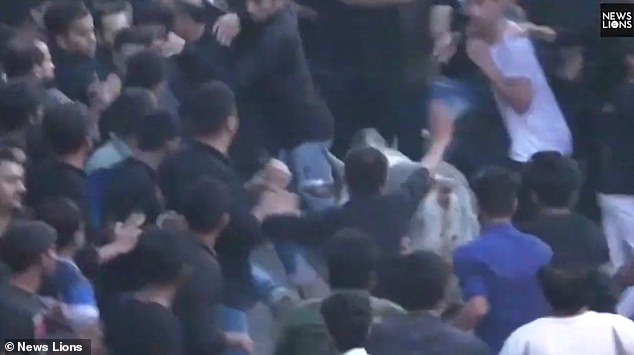 Mourners blamed the local authorities for failing to erect proper safety barriers to protect them from the stray animals.

The Lucknow Municipal Corporation has since launched an investigation after video of the shocking incident went viral.

It is not known why the stray bulls were not removed from the area before the huge annual processions marking the life of the fourth caliph of Islam on the 21st day of Ramadan.

It is the tenth attack by a stray animal in just two months in Lucknow, with two killed and eight injured.

28/05/2019 World News Comments Off on Bull tears through crowd of religious worshippers in India, goring 12
Lifestyle