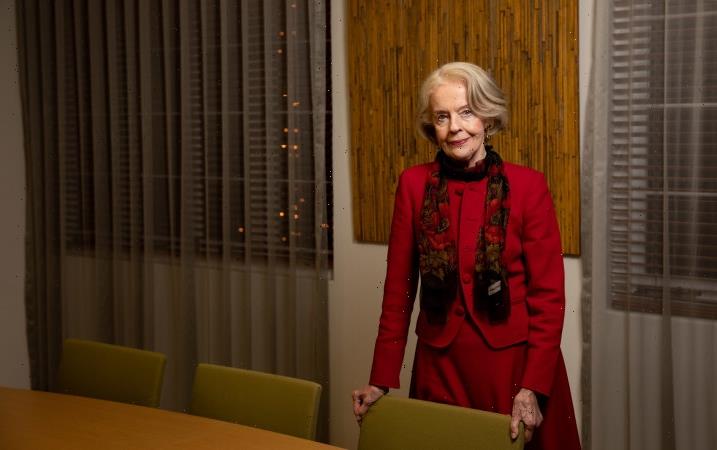 Tensions that surfaced between former governor-general Quentin Bryce and Victoria Cross recipient Ben Roberts-Smith began in April with a surprise announcement in the Federal Court by his lawyer Bruce McClintock, SC.

Mr McClintock announced in open court that he would be calling Dame Quentin as a reputational witness in his client’s defamation action against Nine newspapers, publisher of this masthead, due to start on June 7. 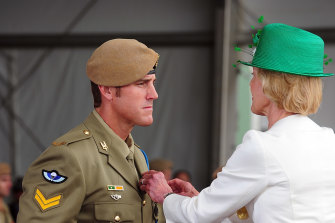 Then governor-general Quentin Bryce, awards the VC for Australia to Ben Roberts-Smith at Campbell Barracks, Perth, in 2011.Credit:ADF

News Corp’s The Australian newspaper reported on Saturday that Mr Roberts-Smith appeared on Dame Quentin’s doorstep in Brisbane last Wednesday with a bunch of flowers.

Sources said she was “horrified” to think she was getting caught up in his legal case as a character witness. It appeared to be an amazing coup for Mr Roberts-Smith that one of Australia’s most highly respected governors-general, who pinned the VC to his lapel, was prepared to take the stand in the high-profile case.

But there was a problem. Not only had Mr Roberts-Smith apparently not sought her permission to mention her name in court but worse, sources aware of the situation knew she had serious reservations about becoming personally involved.

Dame Quentin was among a small number of people from whom Mr Roberts-Smith had sought support in his defamation action. 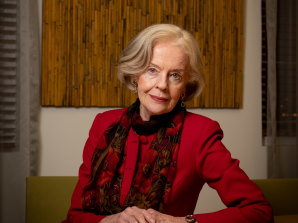 Newspaper reports in 2018 alleged he committed war crimes while serving as a Special Air Service Regiment soldier in Afghanistan and also that he had assaulted a woman. Mr Roberts-Smith denies all the allegations.

Since then, the Australian Federal Police has launched three investigations: two dealing with his alleged war crimes and one dealing with allegations he had intimidated witnesses.

She has had dealings with Mr Roberts-Smith and at various functions got to know him to a limited degree. But the view of her associates was that he was using her reputation to garnish his. That came to a head on Wednesday with his legal team keen to clarify whether she was prepared to go into battle on his behalf.

He arrived unexpectedly early in the morning, flowers in hand. Sources say she opened the door and was “surprised and horrified” to see him standing there. She invited him in and there was a brief discussion.

Afterwards, she contacted the legal team at the Department of Prime Minister and Cabinet, which offers support to past governors-general. She made it clear that she had no intention of testifying on his behalf.

It was the latest setback to his legal preparations. Most recently, it was revealed he had wiped the contents of his laptop’s hard drive five days after being told he needed to retain the material.

The court previously heard allegations he had buried a USB containing classified material in a school lunch box in the garden of his Queensland home.

Dame Quentin is not the only witness to avoid testifying for him. Mr Roberts-Smith’s ex-wife Emma Roberts has also decided not to support him. Instead she has been subpoenaed by Nine, which intends to call her as a witness.