BURGER King has been accused of inciting violence against Brexiteers after reminding pro-EU protesters that it is selling milkshakes "all weekend."

The fast good giant tweeted the gag after fierce rival McDonald's were banned from selling ice creams and milkshakes near a Nigel Farage rally in Edinburgh. 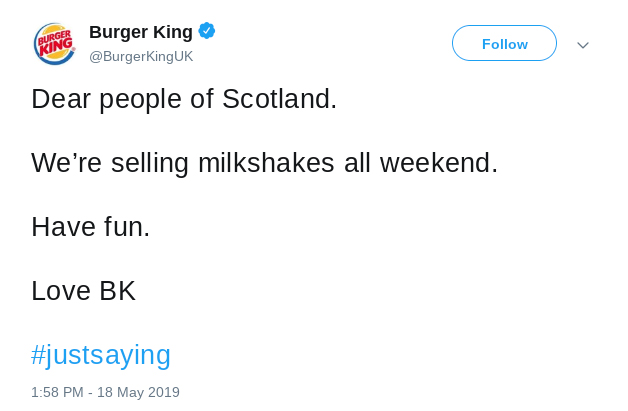 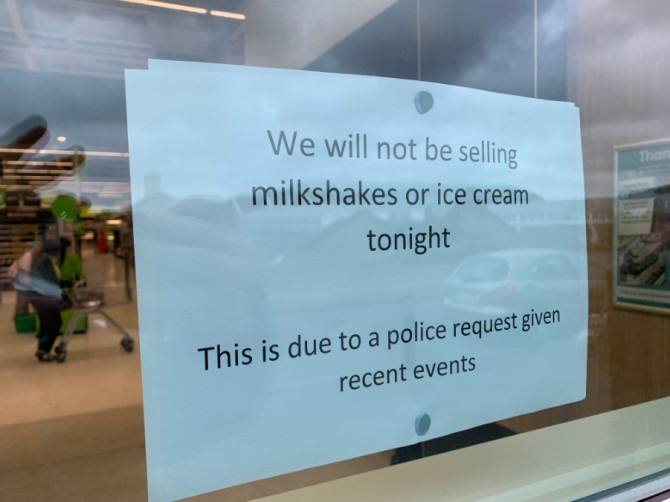 With hundreds of Brexit Party supporters and dozens of protesters arriving at the capital's Corn Exchange for the EU rally on Friday, Burger King hilariously used the ban to attract customers.

Posting on Twitter, they said: "Dear people of Scotland.

Mr Farage delivered a speech ahead of the EU elections just 200 yards from the fast food joint outlet.

A source said: "There were rumours of a milkshake protest.

"Police Scotland came into the restaurant and asked them not to sell shakes or McFlurrys. They did as was advised.

"The police were told there were social media plans for a ‘milkshake protest’ at the event and for masses of people to turn up to buy milk to throw.

The restaurant was asked to remove the products from sale from 6-10pm and to increase door security at this time too.

A sign posted in the store’s window said: “We will not be selling milkshakes or ice-creams tonight. This is due to a police request given recent events.”

The request follows a series of incidents in which far-right figures – including Tommy Robinson and Ukip candidate Carl Benjamin – have had milkshakes and other food thrown at them.