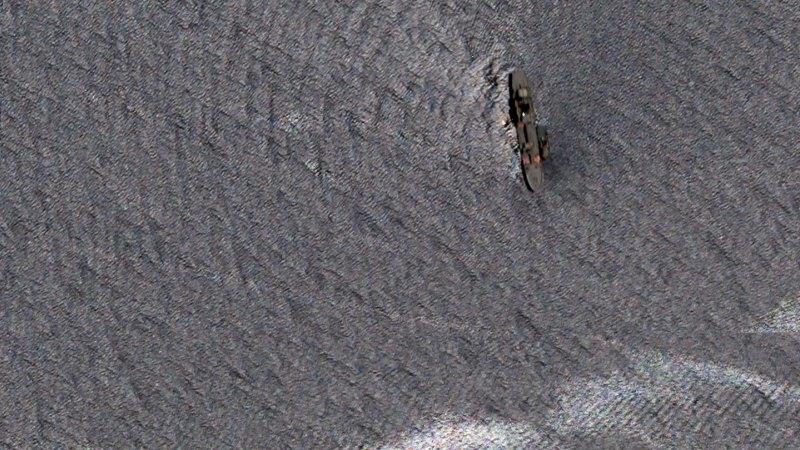 Dubai: Satellite photographs show the burned hulk that remains of Iran’s biggest warship after it caught fire and sank in the Gulf of Oman.

The photos from Planet Labs, taken Thursday (Friday AEST) and analysed by The Associated Press, show the 207-metre Kharg just off the coast of the Iranian port city of Jask, surrounded by a sea of oil-slicked waters. 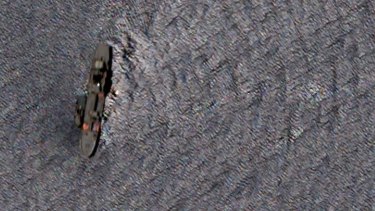 The partially sunk Iranian navy vessel Kharg in the Gulf of Oman.Credit:AP

Iranian officials have not acknowledged the pollution left behind by the ship’s sinking on Wednesday.

The photos show the ship partially submerged, with debris floating in the water around it.

Iranian state media reported that 400 sailors and trainee cadets on board fled the vessel, while 33 suffered injuries in the incident. Iranian officials have offered no cause for the fire.

The fire on Wednesday aboard the Kharg warship follows a series of mysterious explosions that began in 2019, targeting commercial ships in the Gulf of Oman. 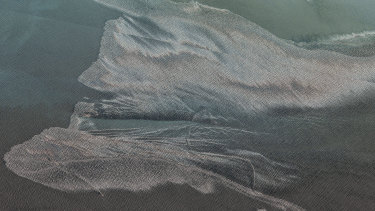 The US Navy accused Iran of targeting the ships with limpet mines, timed explosives typically attached by divers to a vessel’s hull.

Iran denied that, though US Navy footage showed Revolutionary Guard members removing one unexploded limpet mine from a ship.

The attacks came amid heightened tensions between the US and Iran after then-president Donald Trump unilaterally withdrew America from Tehran’s nuclear deal with world powers. Negotiations on saving the accord continue in Vienna.

In April, an Iranian ship called the MV Saviz believed to be a Guard base and anchored for years in the Red Sea off Yemen was targeted in an attack suspected to have been carried out by Israel.

It escalated a yearslong shadow war in the Mideast between the two countries, ranging from strikes in Syria, assaults on ships and attacks on Iran’s nuclear program.