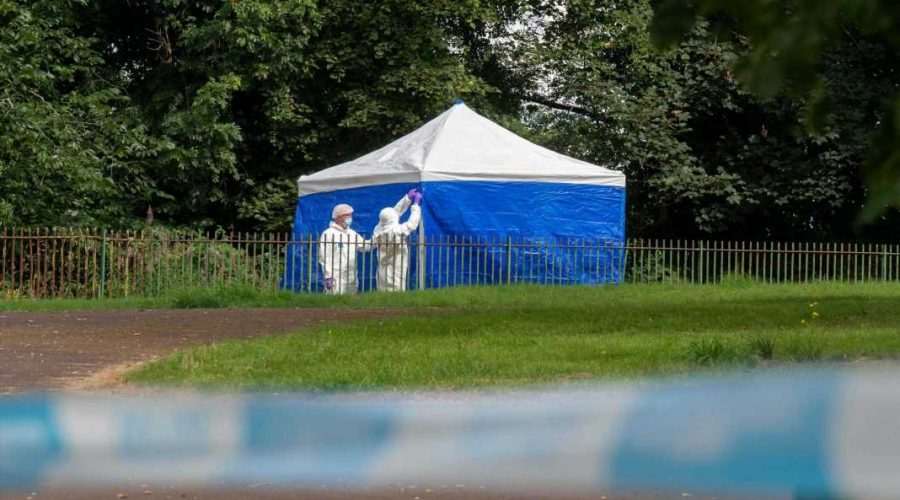 A BURNING corpse was found in a park today — just yards from a children's playground.

Scottish police launched a major probe after the charred remains — which experts believe are human — were discovered in Glasgow. 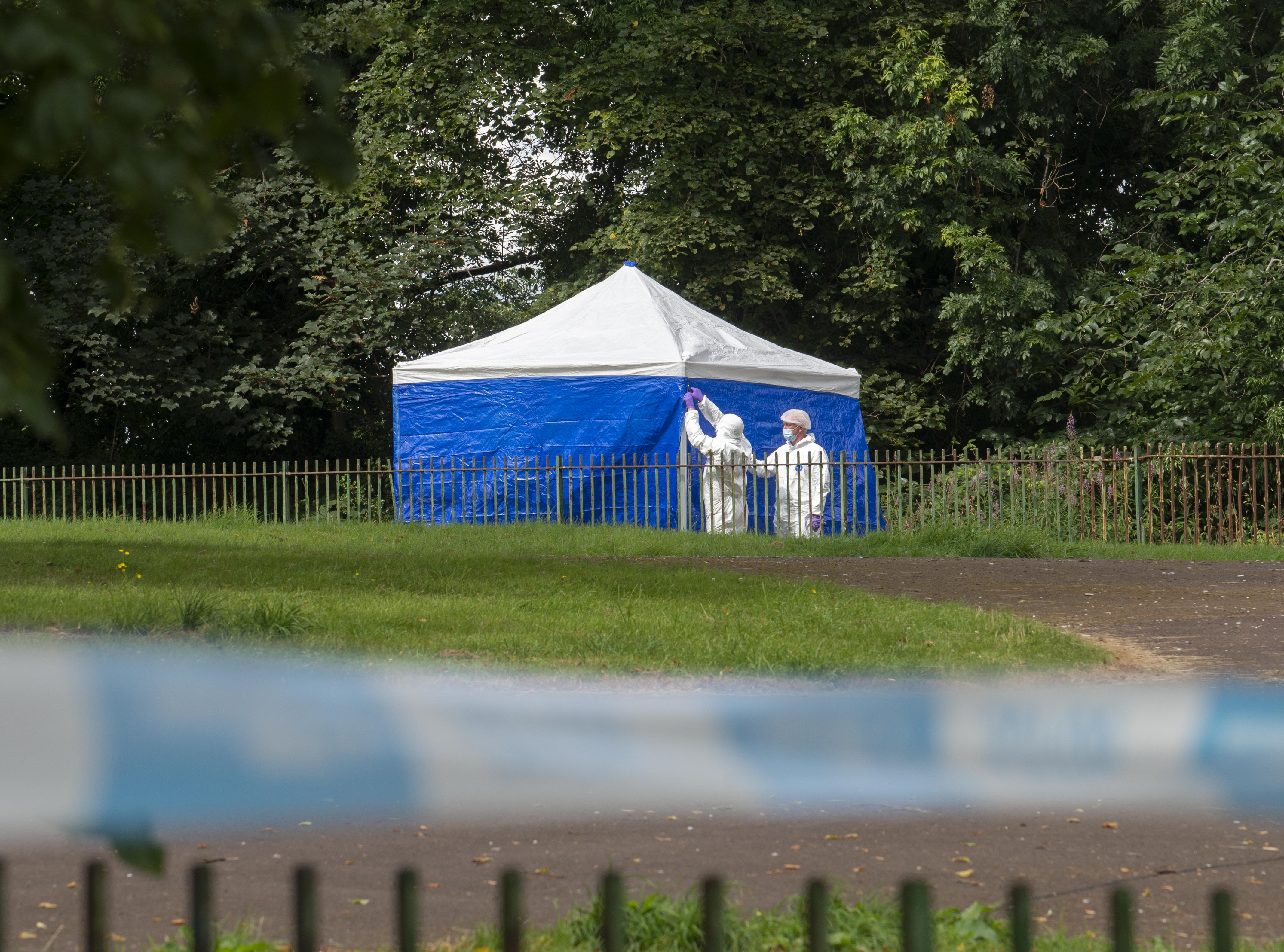 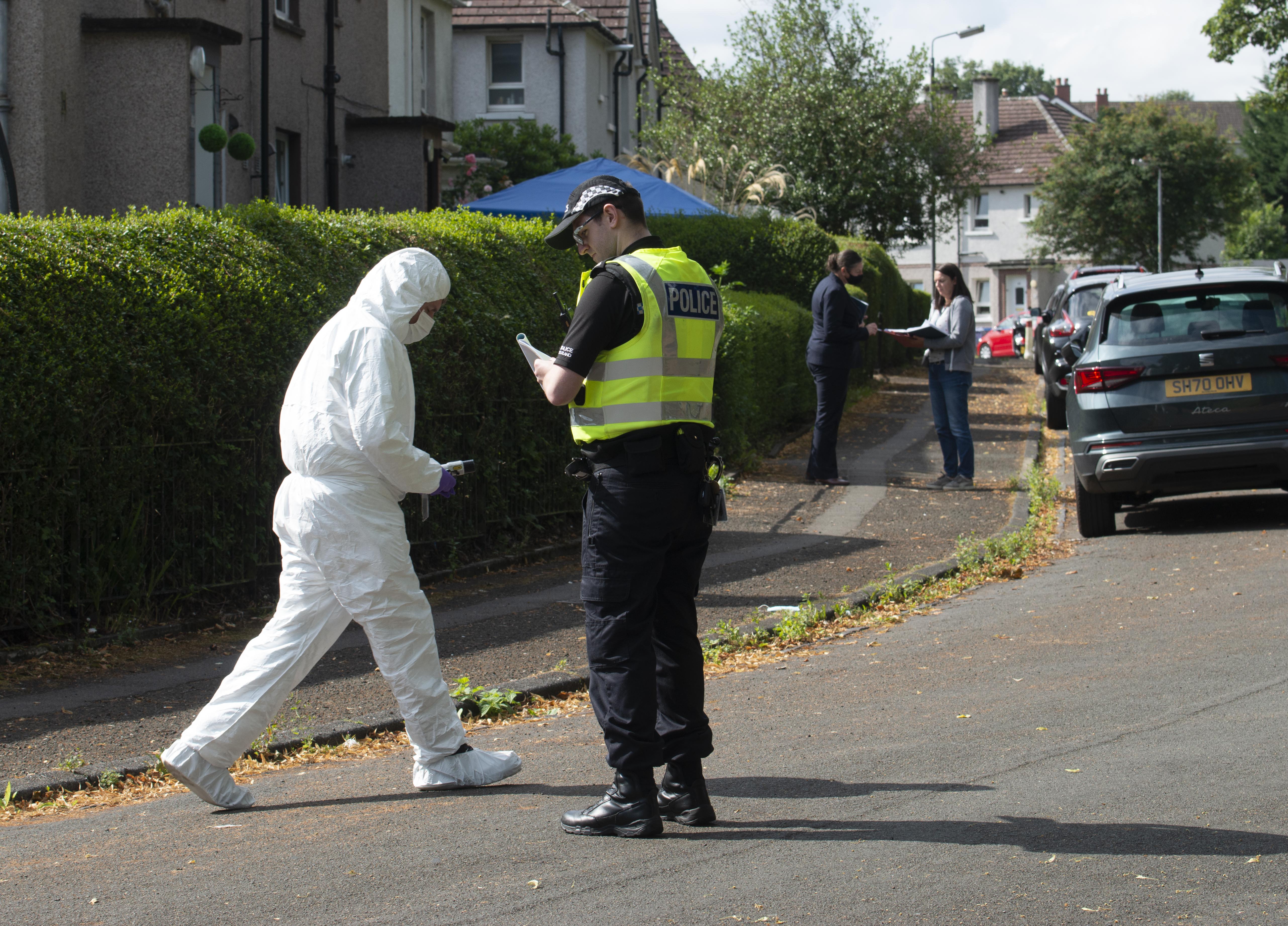 Fire crews and emergency services raced to Househill Park in Pollock after reports of a blaze around 7.35am.

It is understood detectives are working to establish if the person was killed before being dumped and set ablaze.

A source said: "The remains are very badly burnt.

"It could be days before there are answers about who this person is and what has happened to them."

Officers cordoned off a large area of the park after the gruesome discovery and erected two blue forensic tents.

Specialist cops in white protective suits could also be seen combing the area for clues.

Stunned residents who live nearby last night told how there was a "burning smell" in the air at around 6.30am — an hour before the find.

One said: "I was leaving for work at about 6.30am and I could smell burning. I didn't see anything, so I didn't think anything of it.

"Later on my neighbour called to say a body had been found on fire in the park. It's terrifying, I can't believe it."

Another said: "It isn't the most quiet place round here but we've never had anything like this. It's shocking, that poor person.

"People will be on edge until we know what went on and someone is caught."

A large section of the park, which is popular with dog walkers and surrounded by homes, currently remains closed.

Fire investigators were spotted at the scene while cops searching for clues laid out yellow markers nearby.

Scientific experts were also drafted in to help establish if the remains were human.

Police Scotland confirmed the death is being treated as "unexplained".

A spokesperson for the force said: “Around 7.35am, officers were called to a report of a fire in Househill Park, near Hartstone Road, in Glasgow.

"What appears to be human remains were found at the site of the fire.

"This death is being treated as unexplained and extensive enquiries are ongoing.

"Officers, supported by specialist forensic teams, are still at the scene which is cordoned off and is likely to remain so for some time.

"Additional officers are on patrol in the area and anyone with concerns can speak to them."

Anyone with information was urged to call Police Scotland on 101, quoting incident number 0562 of August 4.