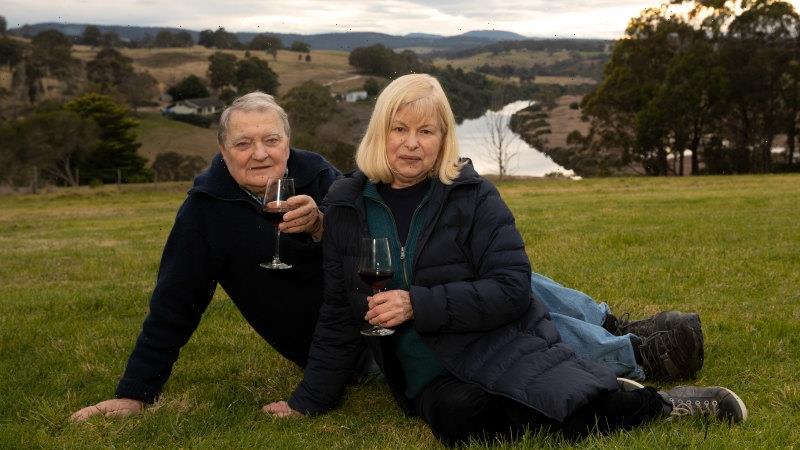 Victoria’s economy will still be paying a price for the devastating bushfires of 2019 and 2020 a decade after the blazes ravaged vast areas of the state.

Analysis by economists from the state Treasury and the University of Melbourne predicts that the long-term damage to Victoria’s tourism industry will be felt by regions far away from the main bushfire zones of East Gippsland and north-east Victoria. 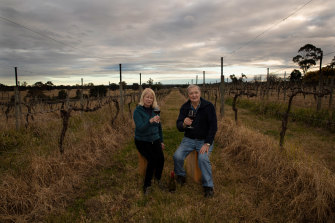 More than 1.3 million hectares burnt, 400 homes were destroyed and five lives were lost in the bushfires. The federal government described the disaster at the time as Australian tourism’s “biggest challenge in living memory”.

The study, which did not measure the later and more profound economic shock of the COVID-19 pandemic, valued the immediate physical destruction of the blazes in Victoria at about $663 million, only $178 million of it covered by insurance.

But the cost of the expected hit to the state’s international tourist trade, as a result of the extensive overseas coverage of the fires, is expected to add another $1.4 billion to the economic toll by 2030.

Accommodation and food services operators will be the hardest hit, down $435 million between 2019 and 2030, the Treasury predicts, and the transport industry will suffer to the tune of $283 million in the same period. Those two sectors are the most exposed to the overseas tourist trade. 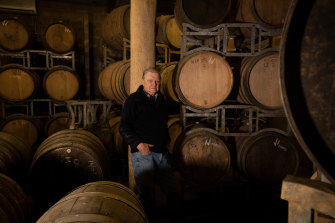 Ken Eckersley stands among empty barrels that would normally full of red wine from 2020.Credit:Rachel Mounsey

The knock-on effects will also be felt in other industries, with construction expected to be $84 million worse off by 2030. Wages and employment in East Gippsland and the north-east are both expected to be slightly worse off than they would have been in the coming years.

A state government spokesperson said more than $658 million had been invested in bushfire recovery.

“Bushfire recovery is a long journey, and doesn’t end when the physical impacts are no longer visible,” the spokesperson said. “We are continuing to support affected communities and the local economy by injecting funding at a local level, exactly where it is needed.”

For Ken and Juliet Eckersley, the bushfires that swept up to within hundreds of metres of their Nicholson River Winery in East Gippsland could not have come at a worse time.

The vineyard owners had just opened a restaurant at a cost of hundreds of thousands of dollars and, like most of their neighbours, their entire vintage – 30 tonnes of grapes – was lost to the smoke.

But Mr Eckersley said a strong recovery was under way as Melburnians flocked to the bushfire-affected region, looking to spend money in the aftermath of the crisis. State and federal assistance packages were also hitting their mark.

“We’ll bounce back,” Mr Eckersley said. “The trees, the grass, they come back. A bit of rain and back they come.

“We lost the crop but that didn’t affect us immediately because the wine we would have made from that was about three years away.

“It was more the immediate cash flow, and the government help was really very good to us. It did help – it worked.”

But Mr Eckersley said the bushfires crisis was far less severe for his business than the COVID-19 pandemic, and he believed the Treasury and Melbourne University analysts had missed the point in their report with its focus on overseas visitors.

“The real killer was the absence of people from Melbourne for the tourism, the accommodation, the attraction like us. That’s what we miss here in COVID [lockdown] times. When Melbourne shuts down, the regions shut down.”

The modelling did not take into account the hundreds of millions of dollars in state and federal aid poured into the affected regions, nor the costs arising from the destruction of native forests, losses of human and animal life, or the broader effects on public health of the blazes.