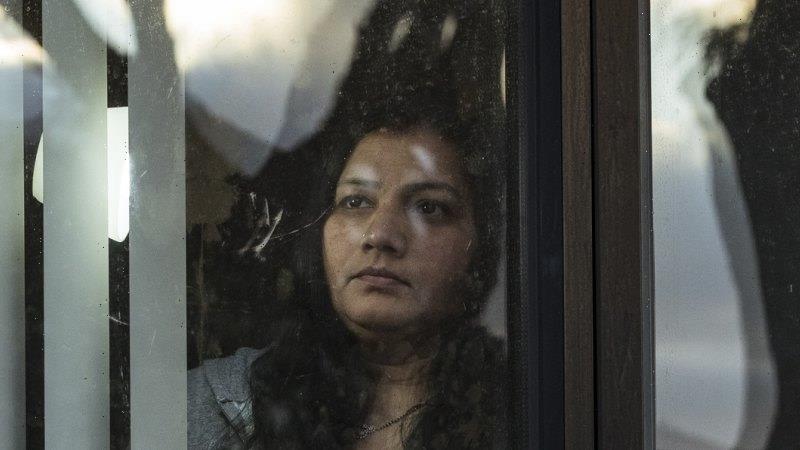 An infectious delivery driver only spent a few minutes in Shivrani Choudhary’s Wollert grocery store on May 18, but those short moments were enough to plunge her store into lockdown, jeopardising a bumper order of perishable items and confining her to her home for two weeks.

Ms Choudhary said she always wore a mask, even before it became mandatory again in Victoria, and frequently sanitised the counter where she handed the order forms to the driver that day. 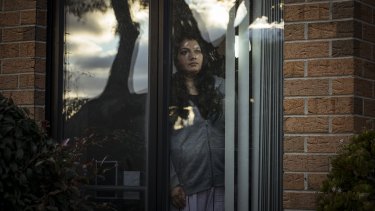 Shivrani Choudhary is in 14-day isolation after her Wollert business was visited by a COVID-19 infected delivery driver.Credit:Chris Hopkins

So when the call came on Thursday night that Hamara Bazaar needed to close, her first concern wasn’t for her health. “I wasn’t scared of getting COVID,” she said. “I was scared of the fact I had to close my shop.”

Contact tracers are focussing on at least 10 businesses that were visited by a food delivery driver on May 18 and 19 to establish where he picked up COVID-19 and unravel the mystery around the “missing link” in Melbourne’s growing outbreak.

Four of the five cases announced on Saturday were revealed as social contacts of the man, who is now referred to as case 16 in the Wollert outbreak.

The owners of 10 different grocery and food stores across Melbourne’s north and Dandenong received the shock call on Thursday night to close down their stores immediately after it was confirmed the asymptomatic driver had visited them. 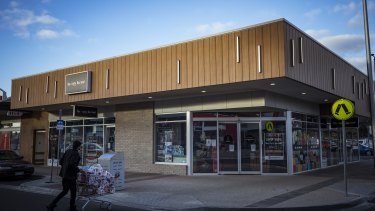 Hamara Bazaar is one of 15 different stores visited by the delivery driver who was asymptomatic but infectious.Credit:Chris Hopkins

Ms Choudhary had just ordered a bumper supply of fresh dairy and vegetable produce for her customers, who she knew would be stocking up after news of a seven-day lockdown.

Although she was given permission late on Saturday to reopen her business after paying about $1000 for a deep clean, Ms Choudhary said she was stressed about the loss of two days of income and being unable to run her shop for two weeks while she isolated as a primary contact.

“I’m paying rent, I have my electricity bill – these are my fixed expenses,” she said.

Victoria’s COVID-19 testing commander Jeroen Weimar said the four cases announced on Saturday linked to the delivery driver had already been in isolation for one day when they tested positive, and contact tracers were still trying to nail down precisely how the driver became infected.

Mr Weimar said the driver (case 16) visited a number of the same stores as the main source of the outbreak – a man in his 60s known as case five.

“They visited on the same day, in very closely adjacent time slots,” he said. “There is at least two crossovers between those individuals, which we are trying to track down which exact one was the was the point of transmission.”

Case five could be the possible “missing link” to the man who returned from Adelaide where he caught coronavirus in a quarantine hotel, but authorities have still not been able to confirm that.

The ordeal for the businesses forced to close comes as the Victorian government is expected to announce a small business package to assist workers and employers through the lockdown.

Paul Guerra, chief executive of the Victorian Chamber of Commerce and Industry, said on Saturday he understood a package would be announced by Monday, if not sooner.

“In an ideal world, it would have been announced [already] there’s no question about that,” he said.

“That’s why we would like to see this now sooner rather than later because, you know, financial stress is probably the worst type of stress of all and there’s probably thousands of businesses and thousands of workers over the state that are wondering what they’re going to do.”

Ms Choudhary said she was unsure if she would hire someone to run the store on her behalf while she remained in quarantine, or ask her husband to run it for her. Either way, she will be out of pocket because of the ordeal.

Ms Choudhary’s husband works on a contract in manufacturing and has no access to paid leave.

“If I ask my husband then he has to take off work, then we lose more money than if I hire someone,” she said. “I don’t know what I’m going to do.”