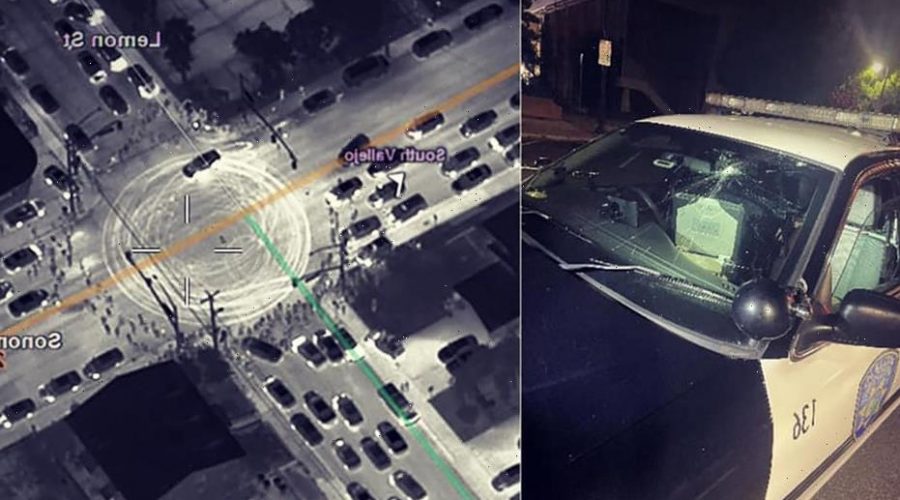 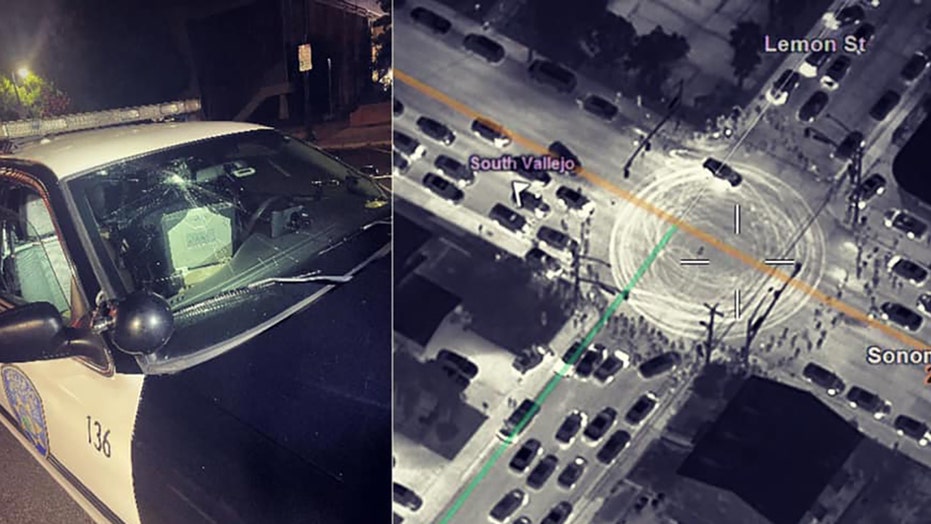 A California city is considering a unique solution in dealing with controversial and sometimes dangerous impromptu auto stunt events known as “sideshows.”

The Roseland neighborhood in Santa Rosa, north of San Francisco, is proposing a city-sanctioned area where drivers can partake in sideshows in a controlled environment, the Press Democrat reported. The proposal comes after two people were stabbed at a popular Roseland intersection during a sideshow last month.

“If we could produce an alternative we wouldn’t be seeing our roadways being destroyed in the way they are currently being dealt with,” says Santa Rosa City Council member Eddie Alvarez, who is among those leading the proposal, according to San Francisco’s KGO-TV.

The sideshows, which typically see drivers pulling “doughnuts” and other street stunts in intersections and parking lots, often attract hundreds of people. Young people who take part in the sometimes dangerous events argue they are a cultural form of self-expression.

“This is a great opportunity for government to involve the youth in policy-making,” Alvarez added. “This could easily be a perfect example for us to say, ‘Your voice counts, what do you want to say?’”

Sideshows have surged recently throughout the San Francisco Bay Area and some cities have asked for a crackdown.

Last weekend, Oakland Police said they were attempting to track down people who took part in an illegal sideshow with up to 70 cars involved.

In Vallejo, police Chief Shawny Williams labeling the activities as “street terrorism,” according to FOX 2 of the Bay Area. 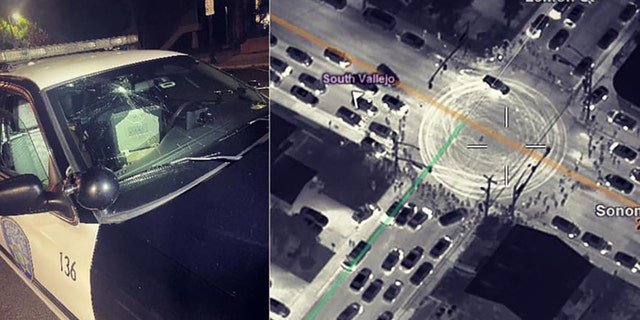 “They are spinning doughnuts, disrupting our citizens, throwing fireworks at our officers, throwing bottles. It’s been a problem,” Vallejo police Capt. Jason Potts added. “This truly is about saving lives and improving the quality of life for people in Vallejo.”

Large-scale sideshows have also been occurring more frequently in Santa Rosa in recent years, police data show, according to the Press Democrat. Some events have led to injuries, including one in which two girls were hurt at a sideshow in Santa Rosa last year when a spinning car struck them in a store’s parking lot.

“They’re tricky,” Mahurin said. “There’s times where they just pop off very quickly. In order to have enough resources to respond, that would take time.”

Santa Rosa police added they aren’t in favor of a sanctioned sideshow because of the “dangers posed and the liability involved,” KGO-TV reported.

However, there is evidence a sanctioned event could work in limiting problems associated with sideshows, as a similar strategy was used in San Diego and netted promising results, according to San Diego’s KGTV-TV.

It saw deaths from street racing decrease from 16 in 2000 to just two in 2018, the station reported. During the same time frame, injuries fell from 39 to just one.

“It works,” said Lydia Denecochea, executive director of RaceLegal, a non-profit that ran drag races for 21 years in the parking lot of the now-demolished SDCCU Stadium. “In 2000, we had carnage on our roads.”

Santa Rosa is about 60 miles north of downtown San Francisco.