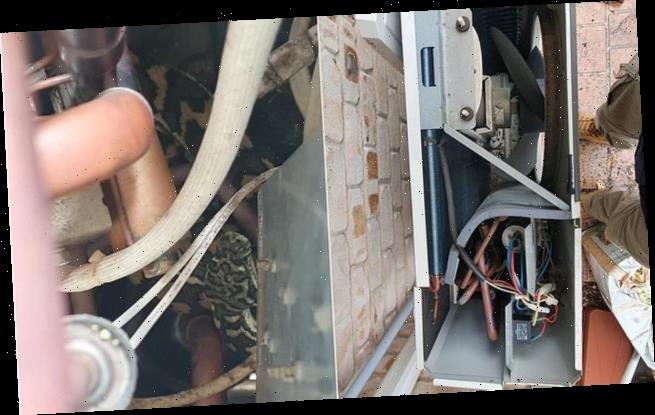 Eagle-eyed Aussie finds a python lurking in an air conditioning unit – so can you spot the snake?

A large snake has been found coiled around pipes and wires in an air conditioning unit.

An observant Queenslander discovered the serpent on Saturday and called Snake Catchers Brisbane and Gold Coast to remove it.

The business used Facebook to upload a photo of the reptile poking its head out of the metal box fixed to the brickwork outside the home.

Can you spot the snake? Social media users were impressed with the eagle-eyed Sunshine State resident who found it in an air conditioning unit

In the post, he jokingly suggested the reptile was hiding out in the electrical system until the Greater Brisbane area comes out of coronavirus lockdown on Monday.

‘This guy was going to stick out the lockdown inside an air con unit,’ the snake dispatcher wrote in the post.

Social media users were impressed with the eagle-eyed Sunshine State resident who found the snake.

‘How did you know he/she was in there,’ one user asked.

‘I was wondering that!’ someone else replied. 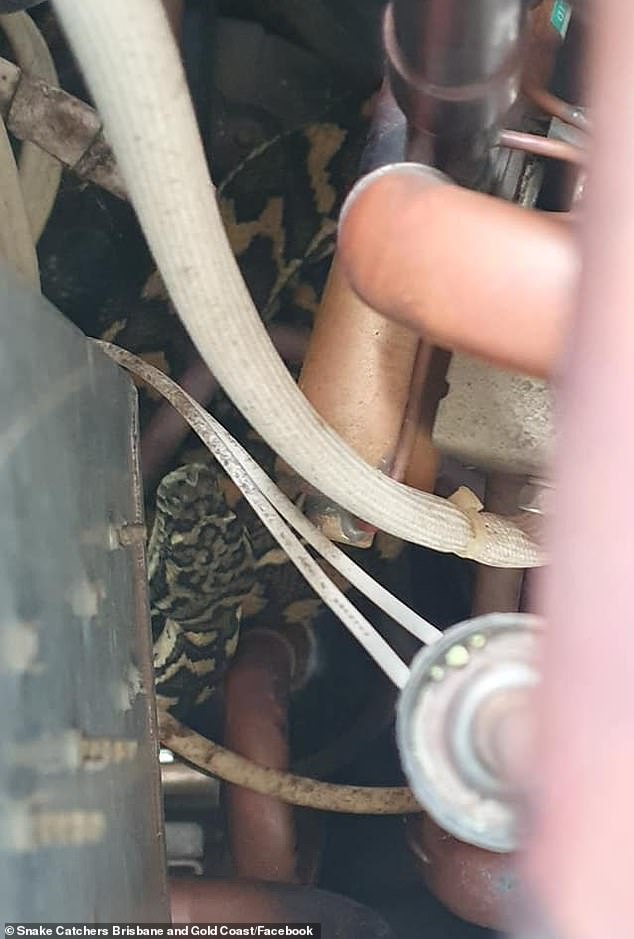 ‘Maybe it had caused a fault and it was needing maintenance?’ another suggested.

It comes just days after the snake catching business posted a picture of a highly venomous Eastern brown snake found hidden outside a Brisbane home in December.

The Eastern brown snake, also known as a common brown snake, is the second most venomous land snake in the world and is found across the east of Australia.

Snake catchers asked users to spot the reptile hiding between the bricks of a retaining wall.

‘We snake catchers really aren’t fans of these types of retaining walls,’ the business wrote.

‘It’s a great place to look for food (such as rodents and skinks), and in some cases, snakes will use these retaining walls as sites for egg deposition.’

Eastern brown snakes can grow up to 2.5 metres in length

They are responsible for killing the most people out of any other snake species.

10/01/2021 World News Comments Off on Can you spot the snake hiding in the air conditioning unit?
Lifestyle