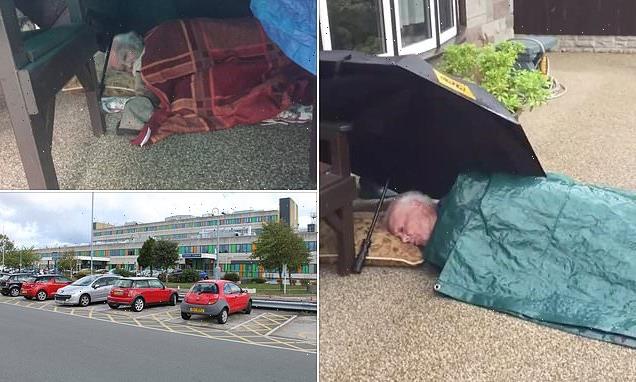 Cancer patient, 85, is left lying on patio in the rain for SEVEN HOURS as he waited for an ambulance after a fall – despite living just yards from Welsh hospital

An elderly cancer patient was forced to wait for seven hours in the rain for an ambulance – despite living just yards from a hospital.

Keith Royles, 85, broke his hip while cutting his lawn and was forced to have an agonising wait for an ambulance in a north-east village in Wales.

His family explained Mr Royles’ house in Bodelwyddan, Denbighshire, was directly opposite their local hospital but paramedics did not arrive at the scene.

Mr Royles was forced to lay on his patio in the rain for seven hours as his family tried to keep him dry by erecting a shelter over him. 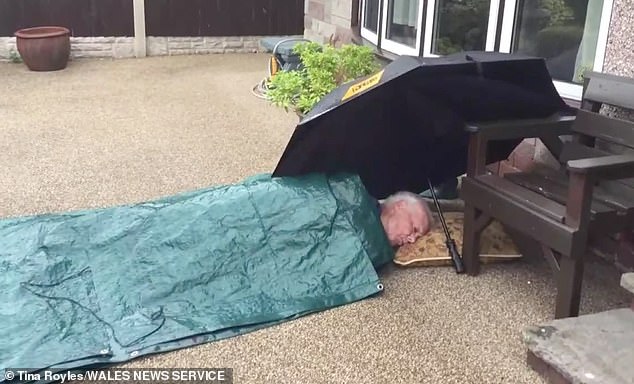 Cancer patient Keith Royles (pictured), 85, broke his hip while cutting his lawn and was forced to have an agonising wait for an ambulance in a north-east village in Wales 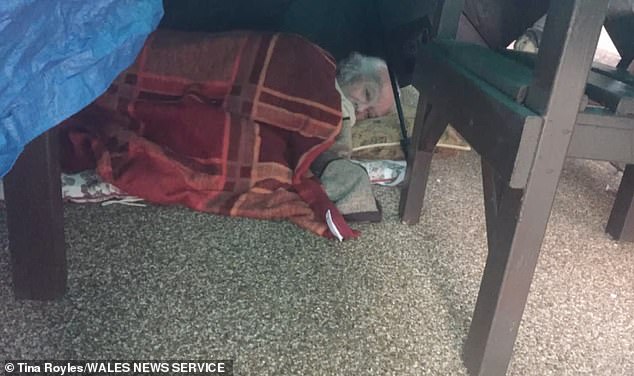 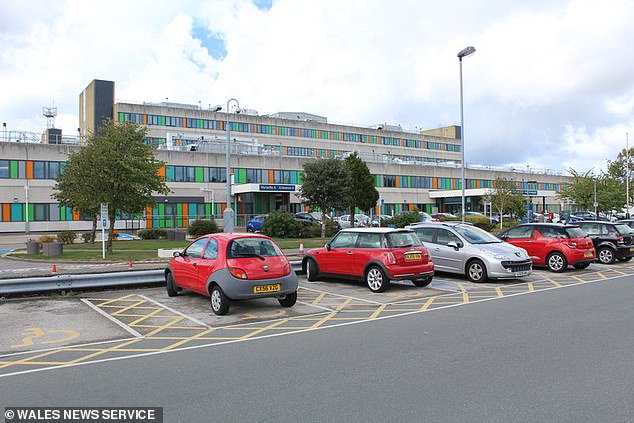 His daughter Tina said: ‘We called an ambulance and were told that there would be a wait of between four to seven hours for an ambulance.

‘We called several times and my sister even tried to flag down an ambulance but they said they couldn’t help.’

He lives just across the road from the major Ysbyty Glan Clwyd Hospital serving his part of North Wales.

But when paramedics did arrive they were told to take Mr Royles to another hospital more than 30 miles away in Bangor as the one opposite his house was ‘too busy.’

Tina said the family were able to successfully argue for her father – who suffers from terminal cancer – to be taken over the road from his home. 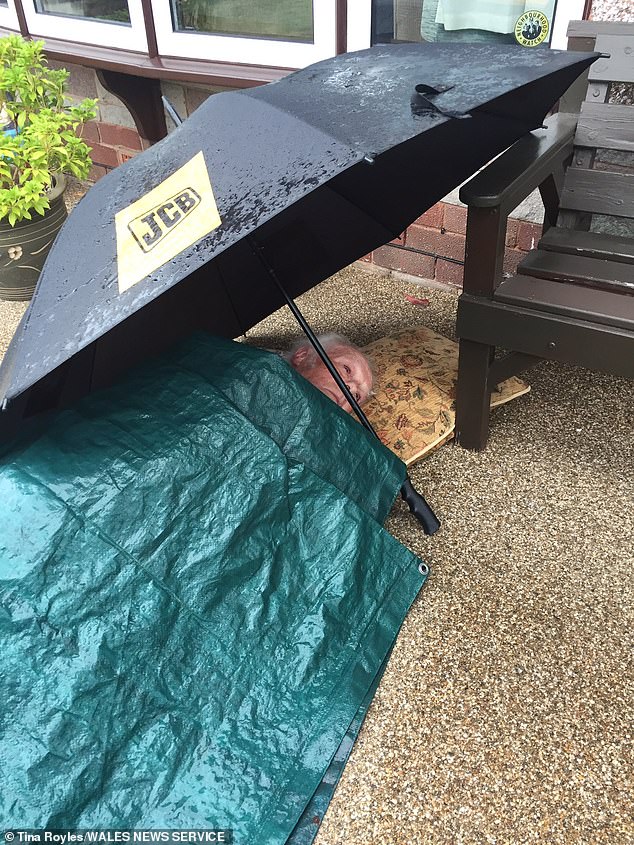 ‘We are deeply sorry about Mr. Royles’ (pictured) experience, which was no doubt a painful and anxious wait for all involved,’ said Lee Brooks, Executive Director of Operations at the Welsh Ambulance Service

Speaking to S4C programme Y Byd ar Bedwar, she said: ‘As a family, we’re not faulting the staff, but the system is broken.

‘I feel sorry for the people that have gotten into the service because it must be so frustrating and heartbreaking to be in that situation.

‘They must be leaving in their droves.’

Lee Brooks, Executive Director of Operations at the Welsh Ambulance Service, said: ‘We are deeply sorry about Mr. Royles’ experience, which was no doubt a painful and anxious wait for all involved.

‘Hospital handover delays remain the single biggest reason we cannot get to some patients quickly. It’ll take a system-wide effort to resolve a system-wide issue.’

In August, a report by Health Inspectorate Wales found ‘risks to patients’ and ‘significant concerns’ at the A&E department at the hospital.

Angela Wood, Director of Nursing and Midwifery for the Betsi Cadwaladr University Health Board said the report was being taken ‘very seriously’.

She said: ‘We’ve got an improvement director that we’ve appointed who is supporting the staff and working with the staff on the ground to identify what the issues were, what the barriers were to providing the best care they could, and then putting things in place to help support them.’

This comes as ambulance staff in England and Wales today announced they will be striking over the Christmas period.

More than 10,000 ambulance workers will walk out on December 21 and 28 as the strike will see paramedics, emergency care assistants, call handlers and other staff walk out in the ongoing dispute over pay.

Unions Unite and Unison have also said their ambulance workers will walk out on December 21 as the NHS could be brought to a standstill in the days before Christmas.

There are also fears that the NHS will suffer its worst winter ever as it struggles to deal with ambulance delays, bed shortages, A&E chaos and a chronic staffing crisis.

Dr Adrian Boyle, Royal College of Emergency Medicine president, told BBC Radio 4’s Today programme: ‘Last week we recorded an excess mortality across all of the UK of about 900 extra people. There are lots of causes of this, but we think that problems with urgent and emergency care is probably contributing to about a quarter of this.’

06/12/2022 World News Comments Off on Cancer patient, 85, lay in the rain for SEVEN HOURS for ambulance
Lifestyle