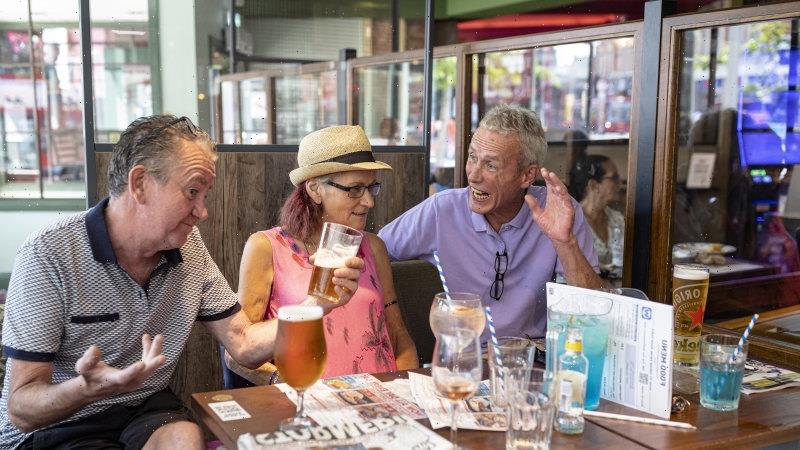 London: People who go out for a meal at a bustling restaurant but are unable to hear what their friends say may be at increased risk of developing dementia.

The inability to detect speech in a noisy setting is a hallmark of hearing impairment and Oxford academics have published a study suggesting it could be linked to dementia.

Researchers studied data from more than 82,000 people who were older than 60 and followed them for 11 years. 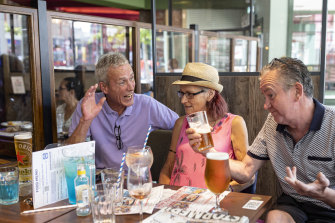 The Oxofrd study tracked the hearing of over 80,000 people for several years. Credit:Getty

During the study 1,285 people developed dementia and the researchers found people who struggled to hear conversation in a raucous environment were more likely to get the disease.

“Difficulty hearing speech in background noise is one of the most common problems for people with age-related hearing impairment,” said Dr Jonathan Stevenson, lead author for the study. “This is the first study to investigate its association with dementia in a large population.”

People who performed poorly in this skill were found to be almost twice as likely to get dementia as someone who has no difficulty hearing friends at a bar.

Even people who performed better, but were still “insufficient”, were at 61 per cent higher risk.

“Whilst preliminary, these results suggest speech-in-noise hearing impairment could represent a promising target for dementia prevention,” said Dr Thomas Littlejohns, senior epidemiologist in the Nuffield Department of Population Health at Oxford and senior author of the study.

Each participant was asked to identify spoken numbers which were read out amid a background of white noise.

Dr Katy Stubbs, from Alzheimer’s Research UK, said: “This study suggests that these hearing changes may not just be a symptom of dementia, but a risk factor that could potentially be treated.

“Anyone who has concerns about their hearing should speak to their GP.”

However the study, published in Alzheimer’s & Dementia: The Journal of the Alzheimer’s Association, was unable to conclude whether or not hearing issues cause dementia, or if they are merely a symptom, and experts are divided on the topic.

Prof David Curtis, Honorary Professor at the UCL Genetics Institute, who was not involved with the study, said: “[The numbers] are consistent with the notion that hearing problems can be a symptom of early dementia but do not cause dementia. If this is the case, then providing people with hearing aids or similar interventions would not be expected to reduce their dementia risk.”

He adds that it is “very plausible” that being unable to discern speech is an early symptom of dementia.

“On the other hand, it is quite difficult to see how hearing problems could impact on the mechanisms of neuronal degeneration and cell loss, which can ultimately manifest in a diagnosis of dementia,” he said.

Prof Jason Warren, a consultant neurologist at the Dementia Research Centre at UCL, called the new findings “both worrying and puzzling”.

22/07/2021 World News Comments Off on Can’t follow conversation in a noisy cafe? Study links this to dementia
Lifestyle