Catherine the Great’s emerald and diamond necklace, which was used for weddings of the Russian royal family, sells for £3.3m

An emerald and diamond necklace once owned by Catherine the Great has sold for £3.3million at auction.

The necklace featured a 107.67-carat pear-shaped emerald, which belonged to the Russian Imperial collection for over a century.

Catherine the Great, who had the longest reign of any female Russian leader, would wear extra emerald jewels when she had a tough meeting with her generals. She left her children an impressive jewellery collection.

In 1874, Tsar Alexander II gave the emerald to Grand Duchess Vladimir for her wedding to his son Grand Duke Vladimir Alexandrovich of Russia, according to auctioneers Christie’s. 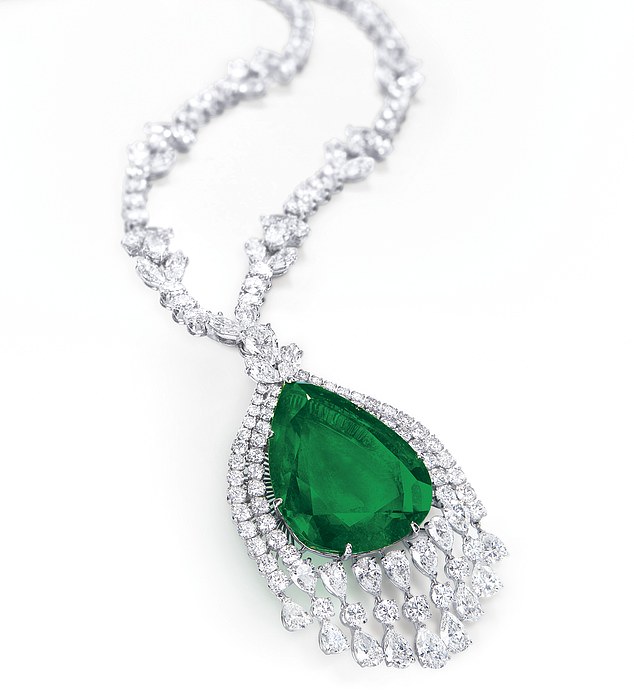 A necklace which used to be worn by Catherine the Great,  featuring a 107.67-carat pear-shaped emerald, sold at Christie’s in Geneva on Wednesday 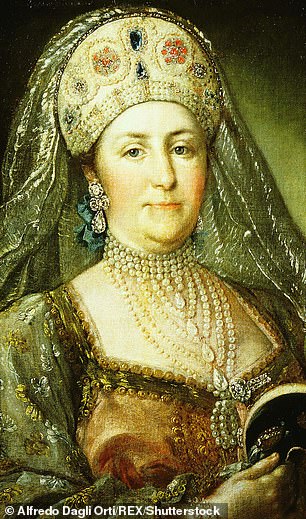 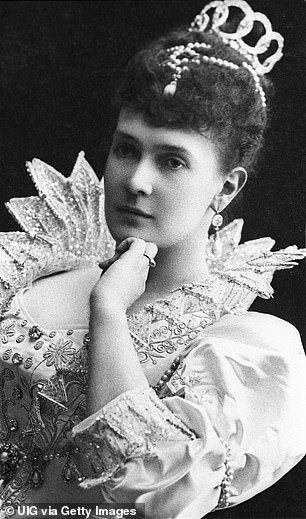 Upon her death, her jewels were divided between her children, and her son, Grand Duke Boris, was bequeathed her emeralds.

Cartier bought the stone from the Russian royal family in 1927. Following the recommendation of famed gem dealer Paphael Esmerian, they had the rectangular-shaped stone recut to improve its clarity, resulting in an exceptionally high-quality pear-shaped emerald.

The emerald was then mounted on a Payne Whitney family necklace by Cartier and subsequently sold to John D Rockefeller Jr., according to Christie’s.

Cartier bought the stone from the Russian royal family in 1927. They had the rectangular-shaped stone recut to improve its clarity, resulting in an exceptionally high-quality pear-shaped emerald

The necklace was auctioned in Switzerland in 1971 and was acquired by Esmerian.

The current owner, a private collector whose identity Christie’s did not disclose, possessed the emerald for over two decades and remounted it on a more contemporary diamond setting.

The piece was sold on Wednesday at a Christie’s jewels sale at the Four Seasons Hotel de Bergues, Geneva.

Meanwhile Dame Helen Mirren will play Catherine the Great in a new Sky Atlantic four-part series which ‘delves into the politically tumultuous and sexually charged court of the most powerful female monarch in history.’

The four-part drama will chart the latter years of Catherine’s 34-year reign and was filmed in Russia, Latvia and Lithuania.

Dame Helen was confirmed in January to be playing the role of the Russian Queen who had an extremely colourful love life.

Following the assassination of her husband Emperor Peter III in 1762, Catherine was rumoured to have had a string of male lovers and children through illicit affairs.

The series is due to air later this year.

Dame Helen has Russian ancestry and was born Ilyena Mironov, as her grandfather was an aristocrat and diplomat who was stranded in Britain by the Russian revolution in 1917. His son married a British woman and anglicised the family name to Mirren when the actress was ten.

16/05/2019 World News Comments Off on Catherine the Great’s emerald and diamond necklace sells for £3.3m
Lifestyle