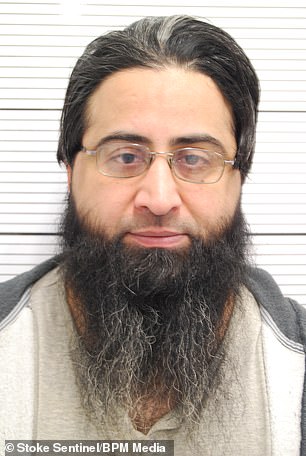 A charity which ran a British mosque has been dissolved after it allowed a radical Imam to tell three-year-old children martyrdom is better than school and give sermons in front of an Islamic state flag.

The Fazal Ellahi Charitable Trust was closed for ‘facilitating terrorism’ by the Charity Commission and its trustees Fazal Ellahi and his son Isbar were banned from running a charity in future.

It comes after radical Imam Kamran Hussian was allowed to speak at its mosque in Stoke-on-Trent, Staffordshire, over a period of four months in 2016.

Hussain was jailed for six-and-a-half years in 2017 after being convicted of six charges of encouraging terrorism and two of encouraging support for a proscribed organisation, namely Islamic state.

An inquiry, opened by the commission last year, said the trustees ‘failed to properly manage, administer and protect the trust and its resources, resulting in it being used to facilitate terrorism offences’.

It was also found the trust did not have a viable future leading to its dissolution with £132,000 funds split between five charities in Stoke-on-Trent which have similar objectives.

The Charity Commission’s director of investigations, Michelle Russell, said what happened was ‘unacceptable’ and a ‘clear failing on the part of the charity’s trustees as its custodians’.

‘Our actions will reassure the public that abuse of this kind will not be tolerated. 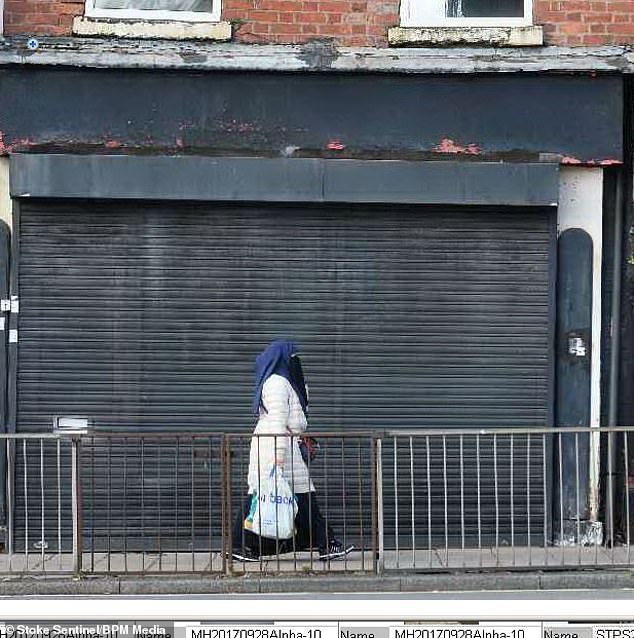 Fazal Ellahi Charitable Trust, based in Stoke-on-Trent, Staffordshire, was closed by the Charity Commission and its trustees Fazal Ellahi and his son Isbar were banned from setting up a charity in future

‘While instances of abuse of charities for terrorism are rare, such links undermine public trust and confidence in charities, and the vital work that charities do. It is right that those responsible have been held to account for their actions.’

The Fazal Ellahi Charitable Trust was set up in 2003 with the aim of ‘educating all people, particularly children and young people, in the Muslim religion and Urdu language and the advancement of the Muslim religion through collective prayer meetings and otherwise’.

As part of the investigation, the Charity Commission carried out an unannounced visit and scrutinised material seized by the police including bank statements.

The report reads: ‘The inquiry found that the charity’s premises had been misused, by the Imam, to encourage terrorism and encourage support for a proscribed organisation, namely Islamic State.

‘The fact that the sermons delivered by the Imam which resulted in his conviction were delivered over a number of months compounds the failure on the part of the charity’s trustees to ensure that the charity and its property were not used for criminal purposes. 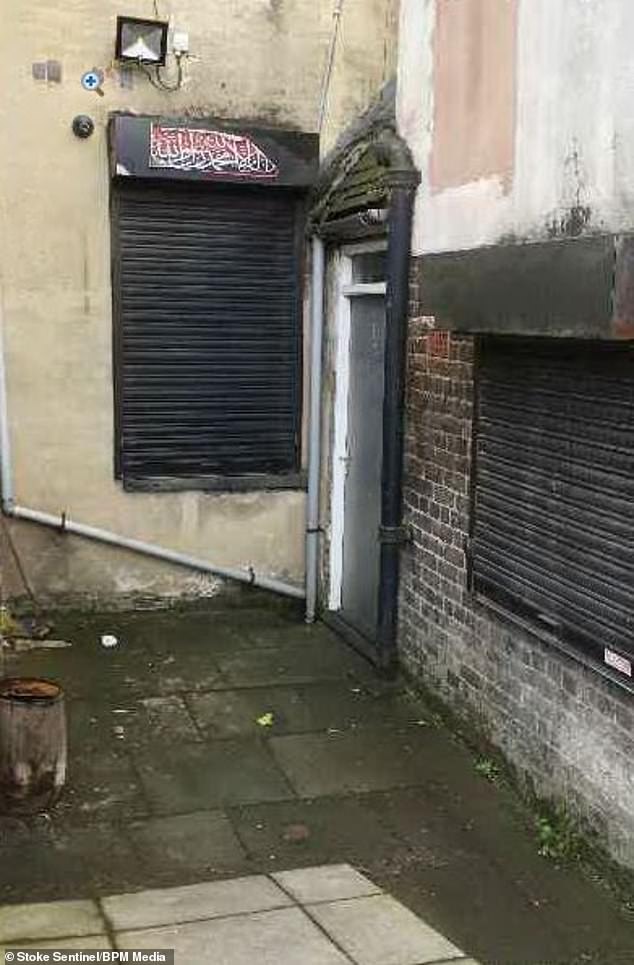 An entrance to the charity’s mosque, pictured off the side of a street in Stoke-on-Trent, Staffordshire

‘Trustee A (Fazal Ellahi) advised that he was not aware of what the Imam had said and that there had been no complaints made about him by those in attendance at the mosque.

Hussain, 40, of Knightsbridge Way, Stoke-on-Trent, was jailed at the Old Bailey in September 2017 after anti-terror police planted an undercover officer in the Tunstall mosque.

The officer recorded 17 sermons and six were found to have ‘crossed the line’ by encouraging terrorism and two encouraged support for Islamic State.

The court heard Hussain would often deliver speeches in front an Islamic State flag and laud the values of terrorist groups.

In one he told the congregation: ‘Inshallah…we will see the black flag rise over Big Ben and Downing Street.’

The preacher supported the virtues of killing, martyrdom and violent jihad and endorsed the efforts of those who had undertaken such acts.

And he told worshippers the UK government funded far-right groups to attack Muslims.

Hussain said: ‘The kuffar (unbeliever) will attack you and kill you.

It is not yet clear what the charity’s dissolution means for the mosque, which had around 40 worshippers.