Victoria’s former auditor-general, the famously independent-minded Ches Baragwanath, AO, has died at the age of 86.

Mr Baragwanath has been remembered as a “fearless watchdog” and credited with saving the Victorian Auditor-General’s Office during the 90s when he spectacularly clashed with the then-premier Jeff Kennett over its independence. 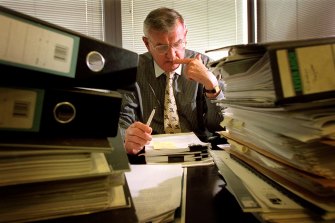 As premier, after unexpectedly winning the 1999 election, Steve Bracks’ first legislation to pass Parliament was to protect the independence and authority of the Auditor-General’s Office.

“During his 11-year tenure as auditor-general from 1988 to 1999, Ches Baragwanath redefined public accountability in Victoria,” said Joseph Manders, his former deputy.

“He set new standards for the work of Parliament’s key watchdogs and became the benchmark for upholding the right of the community to be fully informed on how elected officials managed their taxes.”

Mr Baragwanath came out of retirement in 2010, accepting an invitation from the Brumby government to become a commissioner for gambling regulation.

During his stint as auditor-general in 1996, Mr Baragwanath had found the Kennett government granted Crown Casino 150 extra gaming tables for just $85 million, instead of $259 million.

He also handed down damning reports into a range of issues relating to the Kennett government, including the misuse of government credit cards, the secrecy surrounding Victoria’s private prisons and the use of commercial confidentiality to conceal the sale of public assets and government spending.

In an interview with The Age in 2010, Mr Baragwanath had said governments “do very well” out of problem gamblers, smokers and drinkers, and that they were therefore obliged to support people harmed by gambling, nicotine and alcohol.

“I’ve spent a bit of time in Las Vegas – it’s a soul-destroying place,” he said of the casino capital of the world. “I would hate Melbourne to become the Las Vegas of the Southern Hemisphere.” 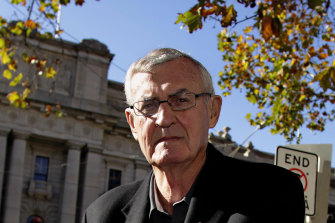 And in 2014, he joined with other auditors-general spanning the past three decades to warn the Labor and Liberal parties that public scrutiny was being hamstrung by “seriously out of date” state integrity laws.

Mr Bracks remembered Mr Baragnawath as a “magnificent, independent umpire” and partially credited his unexpected election victory in 1999 to his commitment to restore the Auditor-General’s powers.

“It was one of the proudest days in office, being able to [pass that legislation],” Mr Bracks told The Age.

“Ches was a magnificent independent umpire and he was an outstanding auditor-general who was cut down in his prime by the Kennett government. He was probably the best auditor-general that the state has ever had, and a man of great dignity, great independence, and someone who upheld the principle of the office effectively and well.”

Mr Kennett said he was “sorry” to hear of Mr Baragwanath’s death.

“I extend my condolences to his family and his friends,” Mr Kennett said. “Ches was an independent individual, as the auditor-general’s role requires, and I respected him for that individuality, and regret his passing.”

Mr Manders said Mr Baragwanath was a “true leader” who had earnt the respect of the public and left a long-lasting legacy being felt today.

In 1997, Mr Kennett, under the guise of national competition policy, announced plans to outsource most of the auditor-general’s work to the private sector.

“Ches Baragwanath was truly the saviour of the Victorian Auditor-General’s Office in that it stands today, essentially distanced from the direct influence of the executive government,” Mr Manders said.

“One wonders in what form that office would be functioning today if, in the absence of Ches Baragwanath’s achievements, the Competition Law reform changes had proceeded as introduced by the [Kennett] government before its electoral defeat.

“May his achievements on behalf of Parliament in the Victorian public sector never be forgotten and may they always warrant a deserving place in the history of our state.”

Mr Baragwanath died on August 7. He leaves behind his “love of life for more than 50 years” Jan, his children Kristen and Marlo, sons-in-law Aaron and Michael, and grandchildren Maisy and Olive.

16/08/2021 World News Comments Off on Ches Baragwanath, a ‘fearless watchdog’ and thorn in Kennett’s side dies at 86
Lifestyle