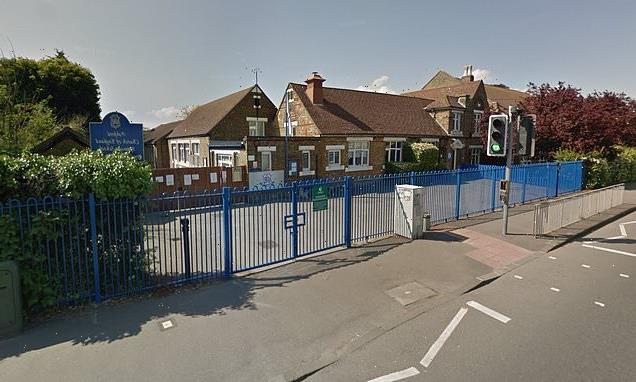 Child, six, dies after rare streptococcal bacteria infection in Surrey primary school, as second pupil taken to hospital and others treated with antibiotics

One young child has died while another is being treated in hospital after a rare bacteria outbreak in a primary school.

The child who died is understood to be a six-year-old who attended Ashford Church of England Primary School, who tragically succumbed to the invasive Group A streptococcal (iGAS) infection.

The other child affected also attended the school. Staff and pupils have been given antibiotics by specialists from the UK Health Security Agency.

A third child from the same area of Ashford was also said to be suffering from Scarlet Fever, often caused by Strep Throat.

Letters advising of the Year 1 pupil’s death were emailed to parents of the CoE school. 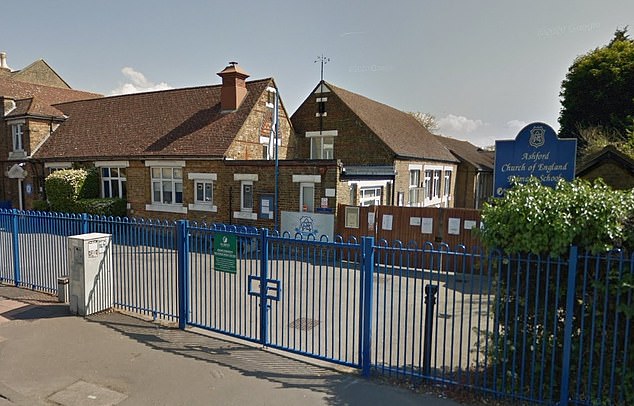 The child who died is understood to be a six-year-old who attended Ashford Church of England Primary School, who tragically succumbed to the invasive Group A streptococcal (iGAS) infection

Today, a spokesman for the UK Health Security Agency said: ‘Specialists are arranging for antibiotics to be offered to pupils and staff at a Surrey school as a precautionary measure, following two cases of invasive Group A streptococcal infection (iGAS).

‘Sadly, one pupil from Ashford Church of England Primary School has died and another is in hospital, but showing positive signs of recovery.’

Dr Claire Winslade, health protection consultant at UKHSA South East, said: ‘We are extremely saddened to hear about the death of a pupil at Ashford Church of England School, and our thoughts are with their family, friends and the school community.

‘As a precautionary measure, we have recommended antibiotics to pupils and staff in the same year groups as the individuals affected. We have provided advice to the school to help prevent further cases and will continue to monitor the situation.

‘Information has been shared with parents about the signs and symptoms of iGAS, which include high fever with severe muscle aches, pain in one area of the body and unexplained vomiting or diarrhoea. Anyone with these symptoms should call NHS111 immediately.’

‘Infection with Group A Streptococcus bacterium usually causes a sore throat or skin rash and is passed by physical contact or through droplets from sneezing or coughing. In very rare cases, the infection can become invasive and enter parts of the body where bacteria aren’t normally found, which can be serious.’

Ruth Hutchinson, Director of Public Health, Surrey County Council said: ‘We are deeply saddened by the death of a pupil at Ashford Church of England School and we offer our sincere condolences to their family, friends and the whole school community, who are in our thoughts.

‘Our school relationships team, available 24/7, has provided the school with guidance during this tragic time and our public health team are working closely with UKHSA, school leaders and health partners to take appropriate health protection measures and ensure children, parents and carers at the school are appropriately supported.’