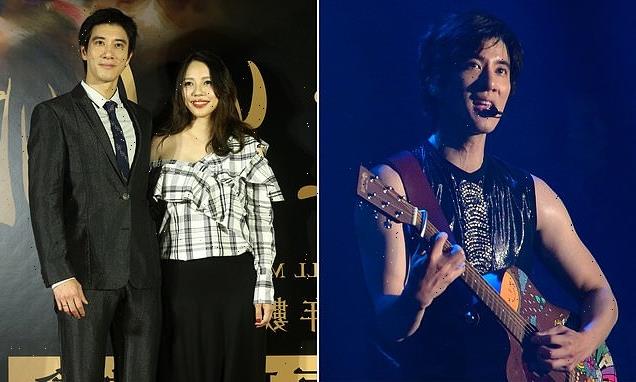 An Asian American singer has apologised to his family and his fans after a public social media spat with his ex-wife, who accused him of infidelity and hiring sex workers.

Singer-songwriter Wang Leehom, who was born in Rochester, New York, and is popular across the Chinese-speaking world, became embroiled in a social media row with his ex-wife Lee Jinglei last week.

The scandal erupted after Wang, who speaks Mandarin, confirmed speculation that he and his wife had divorced in an online post.

In a lengthy social media post on Friday, his ex-wife Lee then accused Wang of infidelity, emotional abuse and solicitation of sex workers.

After the days-long back-and-forth that riveted fans, Wang has apologised to his parents, ex-wife and their children for not ‘managing’ his marriage. 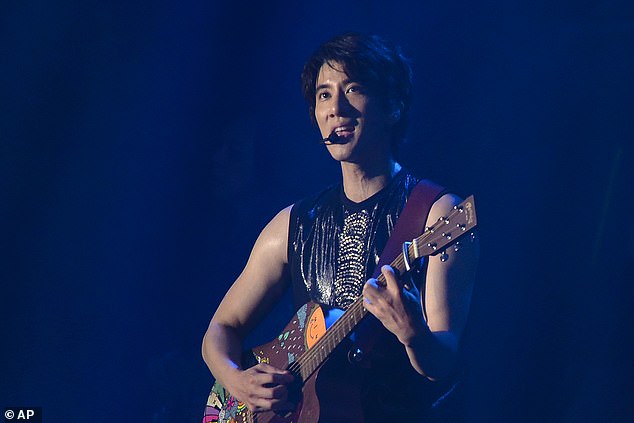 Singer-songwriter Wang Leehom (pictured in 2018), who was born in New York, and is popular in China, has apologised after becoming embroiled in a social media row with his Lee Jinglei

‘I failed to manage my marriage properly and caused trouble for my family. I didn’t give the public the image an idol should have,’ he wrote. ‘This is all my fault.’

He went on to say that it was ‘no longer meaningful’ to argue about the past, and promised to take responsibility for raising his three children with his ex-wife.

Wang, who has acted in movies including Lust, Caution in 2007, added that he will now be taking a break from performing.

The scandal was the top trending topic on the Chinese social media site Weibo, with many blaming and criticising the star.

His ex-wife’s accusations were at odds with the wholesome image Wang had cultivated as a husband and father.

Lee also accused Wang of transferring assets under his name, allegedly including those that she had helped to earn, the Guardian reported.

She wrote: ‘I will not bear the cross for you any more.’ 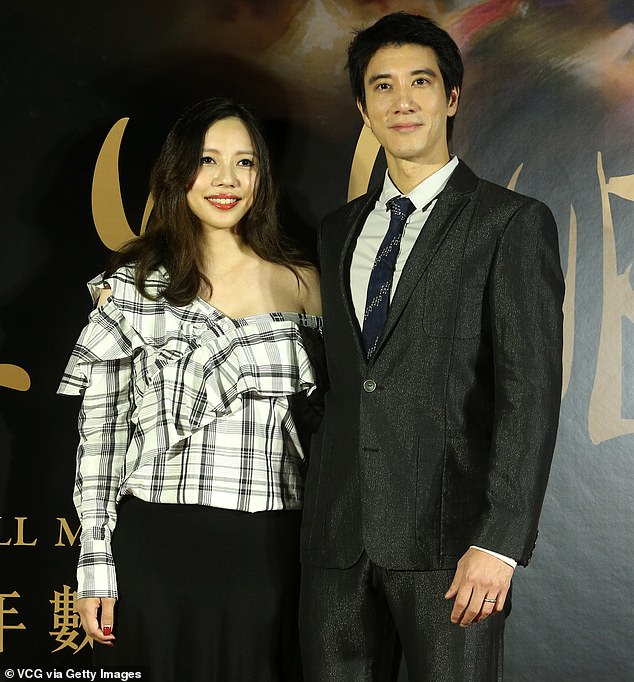 In a lengthy social media post on Friday, his ex-wife Lee (pictured with Wang in 2018) accused Wang of infidelity, emotional abuse and solicitation of sex workers

Amid the allegations, brands including Japanese carmaker Infiniti and Chow Tai Seng Jewellery ended their business deals with Wang over the weekend.

Wang, who has Taiwanese parents, was last seen dodging the media at Taoyuan airport in Taiwan after arriving on Saturday from Beijing, Taiwan’s Central News Agency said.

The public scandal comes after a crackdown on celebrity culture in China as the country continues to strengthen its grip on the entertainment industry.

Beijing is on a mission to rein in what it calls ‘chaotic fan culture’ and celebrity excess after a spate of scandals in recent months.

Less than a week ago, President Xi Jinping gave a speech about how artists should present themselves.

Xi was quoted as saying: ‘A literary and art worker who does not have moral integrity will not be accepted by the people or by the times.’

Business Insider reported that social media accounts of both celebrities and fans in China will be required to adhere to ‘public order and good customs, adhere to correct public opinion orientation and value orientation, promote socialist core values, and maintain a healthy style and taste’.

China also banned its celebrities from showing off their wealth on social media last month.

The Cyberspace Administration of China announced that celebrities in the country will not be allowed to ‘show off wealth’ or ‘extravagant pleasure’ on social media. 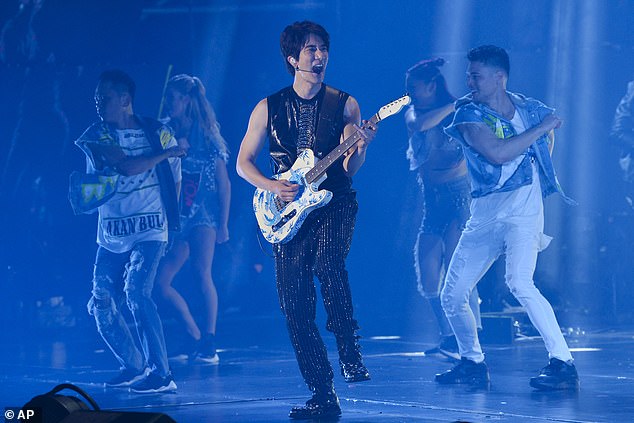 After the days-long back-and-forth that riveted fans, Wang (pictured in 2018) has apologised to his parents, ex-wife and their children for not ‘managing’ his marriage

The rules also prevent celebrities from publishing false or private information, provoking fans against other fan groups and from spreading rumours.

In September, China’s celebrities were warned they must ‘oppose the decadent ideas of money worship, hedonism and extreme individualism’ at an entertainment industry symposium hosted by the Communist Party.

It was attended by senior party officials and showbusiness bosses who were told they must conform to social ethics, personal morality and family values.

China sees celebrity culture and the pursuit of wealth as a dangerous Western import which threatens Communism because it promotes individualism rather than collectivism.

‘We must restore a clean and upright literary and artistic environment to the public.’