Nicole Fehlinger was named by a Portuguese couple who linked her to Brueckner for the first time in a bombshell interview.

They claimed she acted as his accomplice to raid properties in the Algarve with chilling similarity to the break-in at the McCann’s holiday home in 2007.

Ms Fehlinger was accused of tipping off Brueckner so he could steal a family’s life-savings from a house along the coast from Praia da Luz just six months after the youngster. 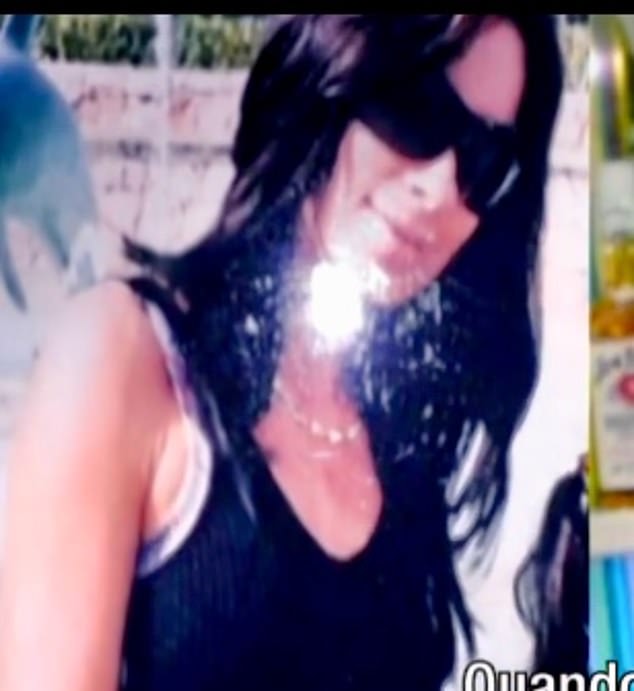 The identity of Nicole Fehlinger (pictured), a girlfriend of the latest prime suspect in the Madeline McCann case, Christian Brueckner, was revealed yesterday

A man bearing a striking resemblance to Brueckner was seen leaving the house in Albufeira carrying a rucksack and heavy tools that could be used in to break-in.

The family were left devastated when they returned home to discover that their 100,000 euros savings had been stolen, in November 2007.

The pair accused Fehlinger of being involved in the burglary which was carried out in the same method as the break-in at the Ocean Club resort in Praia da Luz where the Madeleine was on holiday with her parents Kate and Gerry McCann, in an official complaint to the police.

Fehlinger was accused of using a disposable mobile phone to call Brueckner and alert him that the house was empty so he could steal the cash.

Portugal’s Friday at Nine TV crime show reported: ‘These two Portuguese women are sure that Christian Bruecker was the robber and that Nicole Fehlinger was his accomplice.

‘They believe she as behind the cunning scheme in which a suitcase containing Euro 100,000 was stolen.

In an interview with the Portuguese broadcaster RTP the relatives claimed that Fehlinger – a former friend – learned that they had failed to deposit their life savings in a bank and hatched a plan with Brueckner to steal their money.

Fehlinger, who had been travelling with the home-owners in a car, asked them to stop so she could buy a disposable phone which she used later to call Brueckner, they claim.

One said: ‘She saw us leave with a suitcase in hand, of course. 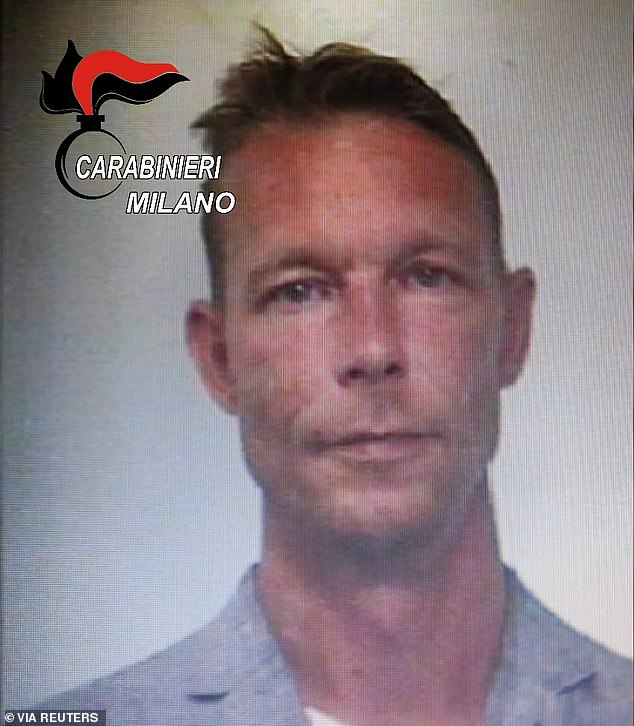 ‘But she saw us go to the bank – it was BES bank, which was close to that office – and, I don’t know how she could have realized that it was not possible to deposit the money.

‘On the way to back she stopped at a mobile phone store.

‘She received a call, it was spoken in German, we heard the word “naturlich”, which means “for sure”, “naturally.”‘

Two days later the property, in Praia da Gale, in Albufeira, was broken into and the money the life-savings were stolen.

Friday at Nine reported: ‘As in the Maddie case, the phone call took place just before the crime, signalling that the house was free.

‘A man who neighbours have described as being Christian Brueckner made a phone call and left with a ruck sack from which hung a heavy tool.’

The family contacted the police and accused Fehlinger of being involved in the burglary but the case was never solved. 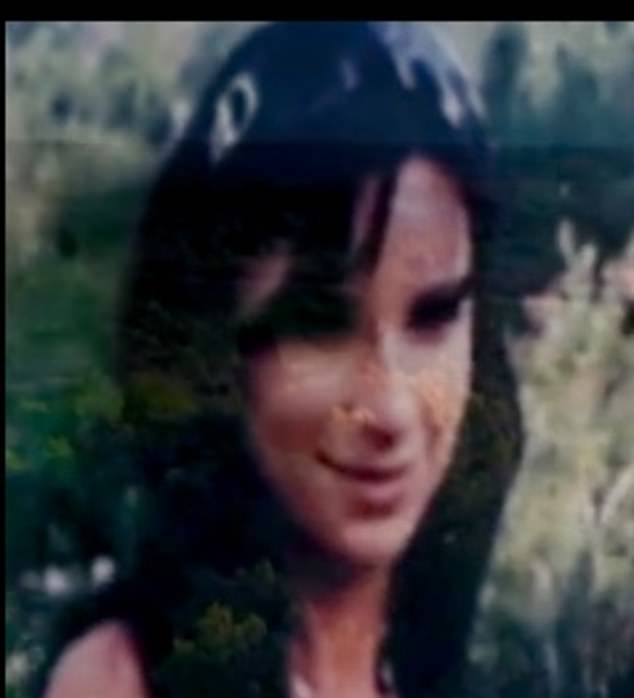 German Fehlinger acted as his accomplice to raid properties in the Algarve with chilling similarity to the break-in at the McCann’s holiday home, where three-year-old Madeline was snatched in 2007

Ms Fehlinger has refused to discuss in detail about her relationship with Christian Brueckner but has denied that she was his lover.

She also declined to comment on the allegations made by RTP’s Friday at Six show.

Ms Fehlinger met Brueckner in 2006 and he parked his motorhome outside her home in Foral several times.

However her father Dieter has told how Brueckner bragged that he was a drug smuggler and could hide children in his motorhome.

The 43-year-old sex offender is claimed to have chillingly added: ‘Nobody can find them, nobody can catch you.’

The 65-year-old former ambulance driver father was visiting his daughter Nicole at the villa where she helped to rehabilitate troubled German teenagers in the early part of 2007 when Brueckner arrived in a large cream-coloured Winnebago campervan with Hanover licence plates.

Dieter explained: ‘As I looked inside, I asked him: “Herr Brueckner, what do you do in Portugal? What is your job?”

‘He told me: “I work, I get money, because I have a special business. I transport grass [cannabis] in my van.” I was surprised, I did not believe it exactly.

‘Brueckner told me again: “I have 50kg of grass, and I transport it around Europe.”

‘He told me: “I can transport children, kids, in this space. Drugs and children, you can transport them in this van, it’s a safe space in the van, nobody can find them. Nobody can catch you.” ‘ 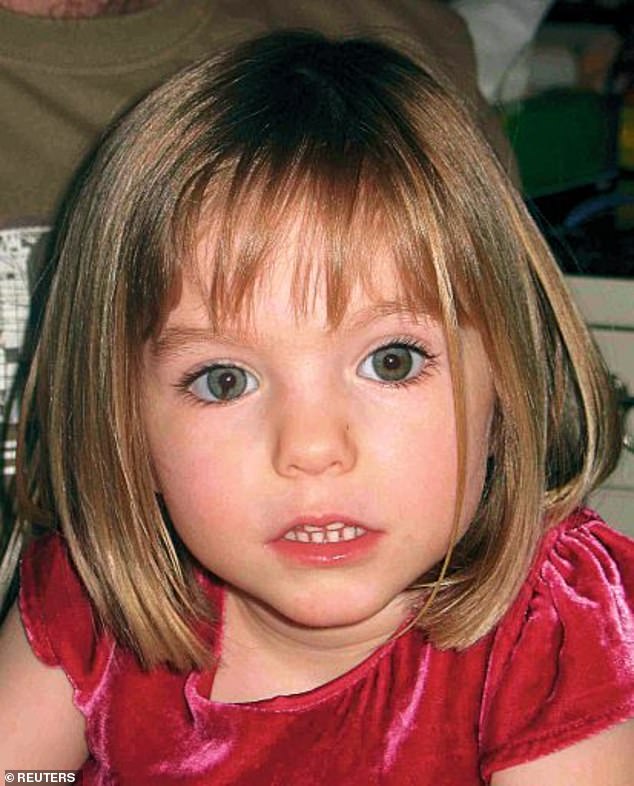 Brueckner was named as the prime suspect in the kidnap and murder of Madeline McCann (pictured), with prosecutor Hans Christian Wolters telling the McCanns they have concrete evidence that Madeleine is dead

Last month German police named Brueckner as their prime suspect in the kidnap and murder of three-year-old Madeleine who vanished on May 3rd 2007 while on holiday in Praia da Luz with parents Kate and Gerry McCann.

Detectives in northern Germany have spent six weeks making desperate appeals for information to link Brueckner to the youngster’s abduction but have not so far secured the vital evidence they need.

Prosecutor Hans Christian Wolters, who is leading the investigation, has told the McCanns they have concrete evidence that Madeleine is dead, in the biggest break-through in the 13-year-old case.

He said he hoped to be able to charge Brueckner within the next two months – but has added that their investigation will not drag on forever.

What do we know about Maddie murder suspect Christian Brueckner and his criminal past?

1976: Christian Brueckner is born in Würzburg under a different name, believed to be Fischer. He was adopted by the Brueckner family and took their surname.

1992: Christian Brueckner is arrested on suspicion of burglary in his hometown of Wurzburg, Bavaria.

1994: He is given a two-year youth jail sentence for ‘abusing a child’ and ‘performing sex acts in front of a child’.

1995: Brueckner arrives in Portugal as an 18-year-old backpacker and begins working in catering in the seaside resorts of Lagos and Praia da Luz.

But friends say he became involved with a criminal syndicate trafficking drugs into the Algarve.

September 2005:  He dons a mask and breaks into an apartment where he rapes a 72-year-old American tourist.

The victim was bound, gagged, blindfolded and whipped with a metal cane before being raped for 15 minutes. She said afterwards that he had clearly enjoyed ‘torturing’ her before the rape.

April 2007: He moves out of a farmhouse and into a campervan now linked to the crime. The farmhouse is cleaned and a bag of wigs and ‘exotic clothes’ is found.

May 3, 2007: Madeleine McCann is snatched at around 10pm from her bed as her parents eat tapas with friends yards away.

Brueckner’s mobile phone places him in the area that night.   He returns to his native Germany shortly after that.

October 2011: He is sentenced to 21 months for ‘dealing narcotics’ in Niebüll, in northern Germany.

2014: He moves to Braunschweig where he starts running a town-centre kiosk. He then goes back to Portugal with a girlfriend.

2016: He is back in Germany. He is given 15 months in prison for ‘sexual abuse of a child in the act of creating and possessing child pornographic material’.

May 3, 2017: Brueckner is said to be in a bar with a friend when a ten-year anniversary appeal following Madeleine’s disappearance is shown on German television.

He is said to have told him in a bar that he ‘knew all about’ what happened to her. He then showed his friend a video of him raping a woman.

June 2017: He heads back to Portugal and extradited again to Germany. The reason was a sentencing of the Braunschweig district court to 15 months’ imprisonment for the sexual abuse of a child.

August 2018: After his release from prison he lives on the streets. But he was jailed again for drug offences.

September 2018: Brueckner is arrested in Milan, Italy and extradited to Germany and put on trial for raping the American tourist in 2007 after a DNA match to hair found at the crime scene.

July 2019: He is jailed for 21 months for drug dealing in the northern German resort of Sylt.

August 2019: Brueckner  is charged with the rape of the American tourist in Praia da Luz in 2005.

December 2019: He is convicted of rape of extortion of the tourist based on DNA evidence. He is given a seven year sentence, but this has not been imposed pending an appeal.

June 3, 2020: Scotland Yard and the German police reveal that that they have identified a suspect in the Maddie McCann case

June 4, 2020: Prosecutors in Braunschweig, where he lives, say they believe Madeleine McCann has been murdered, says spokesman Hans Christian Wolters. He is named in the German press as the prime suspect. Public Enemy’s Chuck D on Breonna Taylor case: ‘It was a teachable moment’