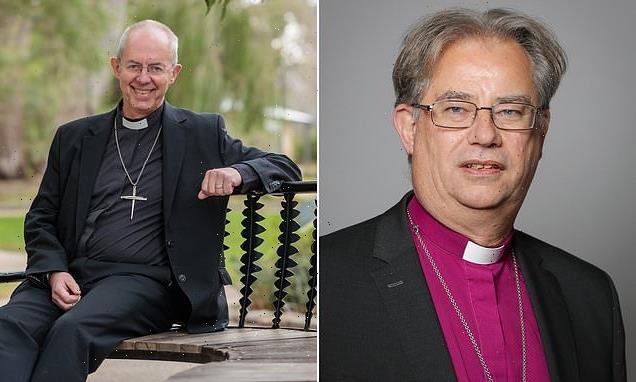 Church of England should allow gay marriage for both worshippers and priests, Bishop of Oxford says

The Church of England should allow same-sex marriage for both its congregation and its clergy, the Bishop of Oxford has said.

The Rt Rev Steven Croft said he wanted to acknowledge the ‘acute pain and distress of LGBTQ+ people in the life of the Church’.

In a lengthy essay, the bishop said he was sorry that the church has been ‘so slow’ to ‘reach better decisions and practice on these matters’ and apologised for his own views being ‘slow to change’.

But the bishop also said clergy must have the option not to opt in to any new arrangements, saying that it should be recognised that it is a ‘legitimate and honourable position’ for those who want to keep a ‘traditional view of marriage and human sexuality’.

He wrote: ‘I need to acknowledge, right at the beginning of this essay, the acute pain and distress of LGBTQ+ people in the life of the Church.

‘I am sorry that, corporately, we have been so slow as a Church to reach better decisions and practice on these matters.

‘I am sorry that my own views were slow to change and that my actions, and lack of action, have caused genuine hurt, disagreement and pain. I remain on a very steep learning curve. 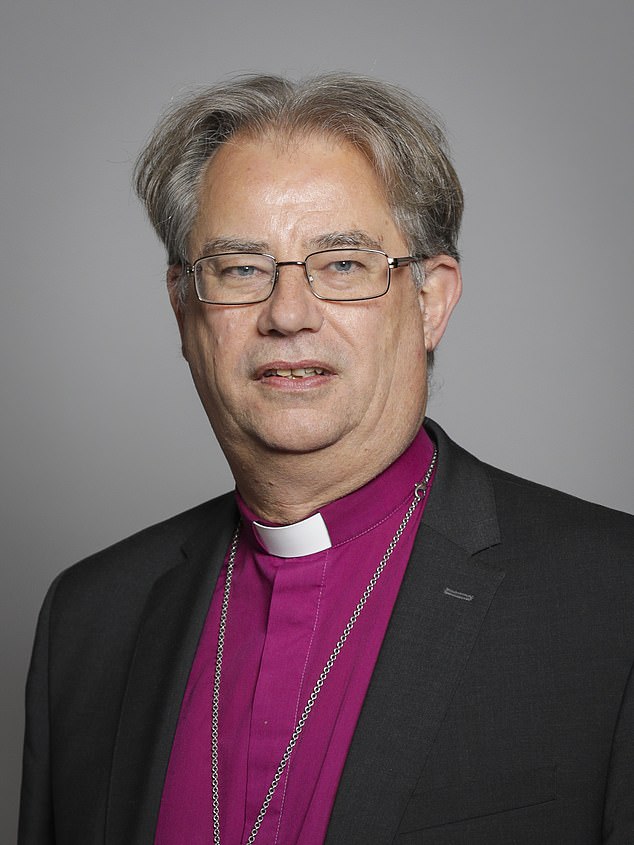 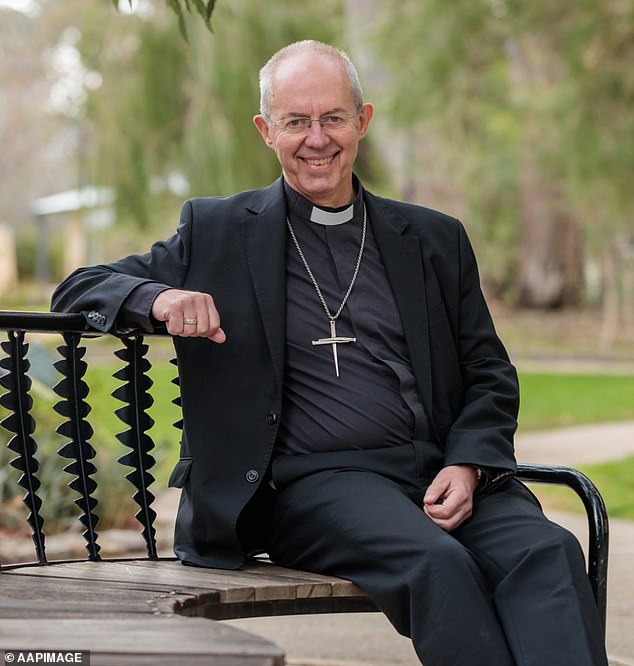 In August, the Archbishop of Canterbury, Justin Welby (pictured), acknowledged that there are ‘deep differences’ within the church, as he faced criticism for reaffirming a 1998 Anglican declaration rejecting same-sex marriage

‘Listening to this pain and distress has been key in my own journey and to the changes in my own views.’

Listing the changes he wished to see, the bishop said the church should allow for the provision of public services of blessing for same-sex civil partnerships and marriages, give freedom of conscience to clergy and ordinands ‘to order their relationships appropriately’, give freedom of conscience to clergy to enter into their own same-sex civil marriage, and to remove the legal barriers to the solemnisation of same-sex marriage in the church.

The Church of England is the state church in England.

The Church of England’s church law (Canon Law) is part of English law.

Same-sex marriage was made legal in England and Wales by the passing of the Marriage (Same Sex Couples) Act 2013.

The Church of England and Church in Wales sought exemption from the law, and as a result it is not legally possible for them to celebrate same-sex marriages.

It would not be possible for them to legally celebrate same-sex marriages until such time as their Canon Law was changed.

The Church in Wales voted in September 2021 to offer prayers of blessing to couples in same-sex marriages.

However, the Church in Wales can still not itself conduct same-sex marriages.

Other religious groups can opt in to celebrating same-sex marriages, but cannot be compelled to do so.

Some religious groups have chosen to do so: these include the Religious Society of Friends (Quakers), Unitarians, and some United Reformed Church congregations.

No discrimination claim can legally be brought against a religious group on the grounds that it has not opted to celebrate same-sex marriages.

In a 2017 interview, when asked for his views on ‘gay sex’, the Archbishop of Canterbury Justin Welby, said: ‘I am having to struggle to be faithful to the tradition, faithful to the scripture, to understand what the call and will of God is in the 21st century and to respond appropriately with an answer for all people… that covers both sides of the argument.

‘And I haven’t got a good answer, and I am not doing that bit of work as well as I would like’.

He insisted this freedom of conscience should also be applied to those who disagree with his proposed changes, with no clergy or parishes being forced to opt in to the new possible arrangements.

He called for a ‘differentiation of provision and oversight for those clergy and parishes who believe that, in conscience, they need to distance themselves from the parts of the Church that welcome and affirm same-sex relationships.’

Speaking of those he described as holding ‘more conservative positions’, he said he did not want to see people feeling excluded as a result of any changes.

He wrote: ‘They are sisters and brothers in Christ.

‘It would be a tragedy if a journey towards inclusion for one group of Christians became an experience of exclusion for another.’

In August, the Archbishop of Canterbury, Justin Welby, acknowledged that there are ‘deep differences’ within the church, as he faced criticism for reaffirming a 1998 Anglican declaration rejecting same-sex marriage.

Comedian and television presenter Sandi Toksvig, who is gay, said the lives of LGBTQ+ people were ‘at stake’ following the religious leader’s ‘horrible mistake’ in reaffirming a resolution which stated that marriage is ‘between a man and a woman’, and that same-sex relationships are ‘incompatible with scripture’.

Mr Welby responded by saying that the Anglican Communion, of which the Church of England is part, is a ‘complicated group of churches’ with ‘deep differences in many areas’.

But he told the Lambeth Conference, a meeting of Anglican bishops which took place this summer, that he could not and would not punish churches for conducting gay marriages.

The Church of England website states that while ministers cannot carry out or bless same-sex marriages ‘your local church is still there for you’ with people being welcomed there to pray ‘or ask us to pray for you’.

The Bishop of Oxford’s essay on Thursday comes just days after a Catholic priest in Ireland gave a controversial sermon against same-sex marriage which prompted some worshippers to walk out.

Retired priest Fr Sean Sheehy told worshippers at St Mary’s Church in Listowel at the weekend that gay couples were sinful, describing sex between two people of the same gender as ‘mortal sin’.

He has since been banned from saying Mass after the Bishop of Kerry rebuked his comments as unchristian.

Fr Sheehy later doubled down on his comments, telling a local radio station that openly gay politicians who support same-sex marriage would ‘go to hell’ if they ‘don’t repent their sin and seek forgiveness’.