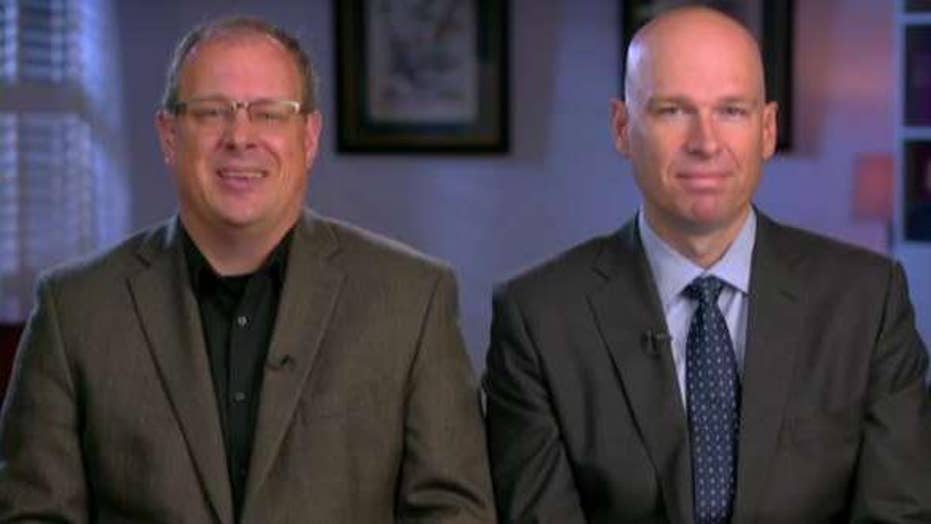 Religious leaders in Magnolia, Texas say the city is unlawfully trying to get around a law exempting religious institutions from being charged property taxes

Multiple churches are suing the local government of Magnolia, Texas, accusing the town of unlawfully targeting religious organizations with excessive water fees to make up for tax exemptions.

Jeremy Dys, general counsel for First Liberty Institute, which defends religious liberty, and Pastor Steve Burrel of Magnolia Bible Church, one of three churches filing the lawsuit, told "Fox & Friends" the village tripled water bills for churches and non-profits in the community to generate more revenue for the government.

"They're putting on these churches and these ministries within the Magnolia region a really onerous standard that is causing them to have to make really difficult decisions between how they are going to care for the community and then also meet the responsibilities with the city as well," Dys said. "That's something that no church across the country should ever have to deal with and unfortunately we are seeing too many of this kind of thing happen when we do our work across the country…"

The city of Magnolia changed the status of the churches from "commercial" to "institutional," raising the cost of water to three to four times higher in some cases.

Three churches – Magnolia Bible Church, Magnolia's First Baptist Church, and Believers Fellowship — are suing the city, represented by First Liberty and attorneys with the law firm Baker Botts. A lawsuit was filed in the district court last week alleging the hike is a "thinly veiled property tax on a tax-exempt entity, and, as such, it is preempted by state law.”

First Liberty argues the new rate violates the Texas Religious Freedom Restoration Act because “it places a real and significant—i.e., substantial—burden on the churches’ and their members’ free exercise of religion.”

Dys claims the city admitted to the "illegal activity" when city administrator Paul Mendes said: "Implementing an institutional rate would allow the city to collect funds from these entities in place of taxes or other fees.”

"These churches simply wanted to be treated the same as any other organization or company in the city of Magnolia," Dys added.

"We have care ministries that care for people most vulnerable in our communities, providing resources like food and power assistance, utility assistance and those organizations that pay more for water cannot purchase food to help the most needy in our community," Burrel added, telling the city not to "specifically target churches as nonprofits to generate revenue for the local government."

The city of Magnolia told Fox News it has not received the lawsuit, adding "it would be premature for the city to make any comments at this time."

21/05/2019 World News Comments Off on Churches sue Texas city, accusing it of targeting them with ‘illegal’ tax
Lifestyle