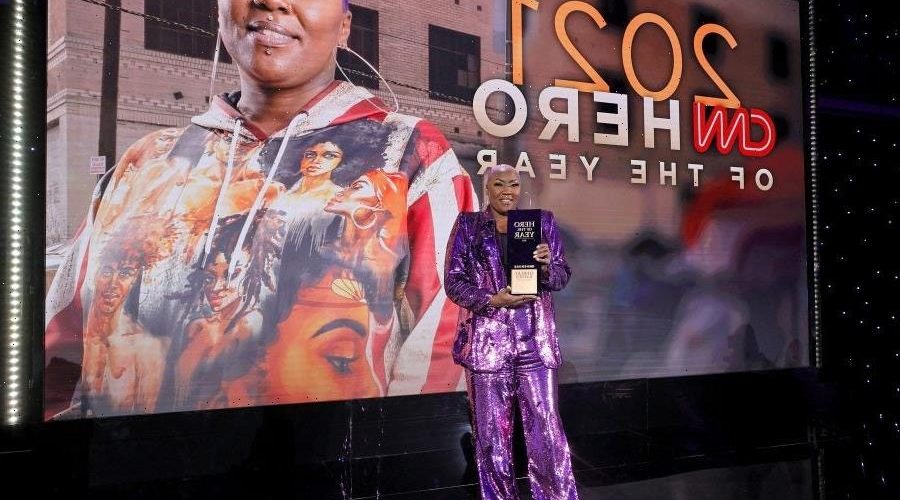 Shirley Raines was announced as CNN’s 2021 Hero of the Year, proving ’tis always the season to give.

Raines, the founder of Beauty 2 The Streetz, a nonprofit that has been restoring dignity in Los Angeles’s Skid Row’s houseless community by providing food, showers, hair and make up services, health and hygiene items, and real human connection for the past six years.

Before the pandemic, Raines produced 400 meals a week from her one-bedroom apartment. Then, as the pandemic progressed, the organization’s resources dried up. But Raines adjusted and was able to continue on.

Just last year, Raines was the 2020 Essence Essential Heroes recipient for her efforts during the peak of the COVID pandemic.

Named for the ‘skids in the road’ in the mid-19th Century, the Skid Row community has long been occupied by the city’s “forgotten,” resulting as LA’s epicenter for houselessness. The once 20-block area is now nearly 60 city blocks and occupied by an estimated 8,000 people. Of LA’s 8% of Black residents, 34% are houseless, according to the LA Times.

In a hot purple sequin suit and matching hot pink fade, Raines tearfully accepted her award stating, “This surely hasn’t been easy. I stand before you, a very broken woman. My life will never be the same since my son died. But it’s important that you know that broken people are very much useful.”

Raines went on to thank her team and her family, before closing “I’m a mother without a son. And there are a lot of people in the street without a mother, and I feel like it’s a fair exchange.”