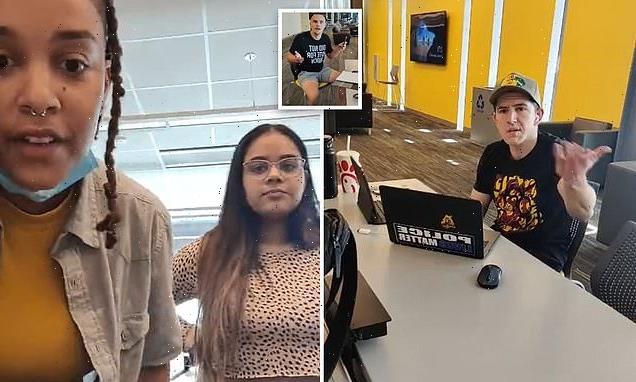 ‘Whiteness is not a culture!’: BLM activists at Arizona State University scream at two white students with Police Lives Matter stickers on their laptops before forcing them out of a ‘multicultural learning space’

Two white students at Arizona State University were forced out of a ‘multicultural learning space’ after two female BLM activists took issue with the Police Lives Matter stickers on their laptops.

The incident, which took place at the college’s Phoenix campus on Thursday, was recorded by one of the woke activists before it was shared to their Instagram page.

The footage begins with the white students sitting at a table studying before they are approached by two activists who state: ‘You’re offensive. Police Lives Matter? This is our space. You’re making this space uncomfortable.’

The two black activists, tell the white students they must leave, saying: ‘You’re white. Do you understand what a multicultural space means? It means you’re not being centered.’

‘White’s not a culture?’ one of the white students subsequently asks. 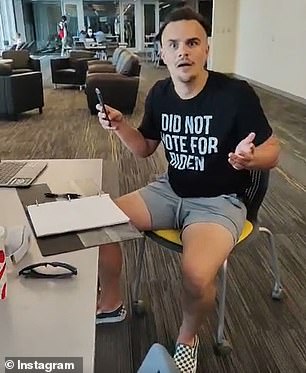 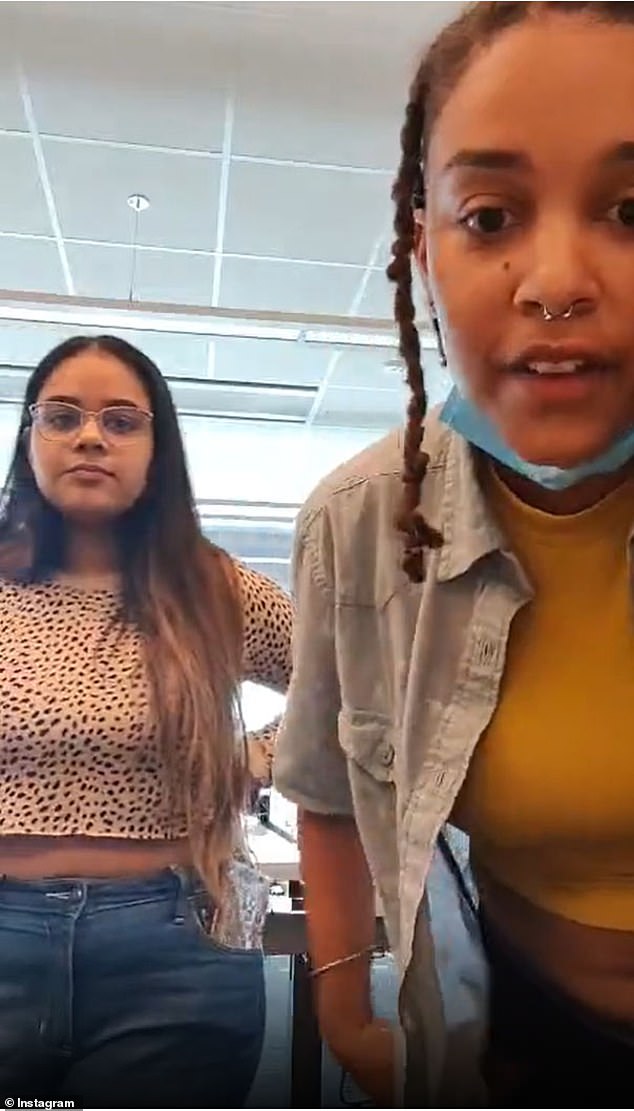 ‘White is NOT a culture! You think whiteness is a culture? This is the violence that ASU [Arizona State University] does and this is the type of people that they protect!’ one of the activists responds.

‘This is the only place on campus that does not center you, and you are still trying to center yourself which is peak white cis male bulls**t.’

‘I’m not racist, I’m just studying,’ one of the students replies. ‘I pay the same f**king tuition as you. I’m working 60 hours a week while going to school because my parents don’t just give me money!’ 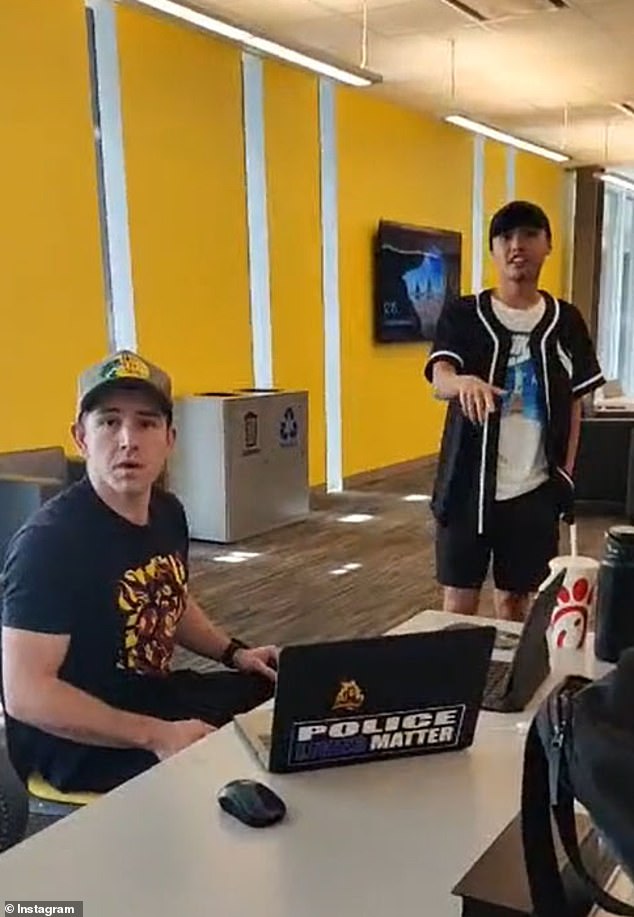 The white students are then defended by an Asian peer (pictured)

The activists continue to protest the Police Lives Matter sticker, saying it is ‘affiliated with white nationalists’.

‘These people kill people like me and like us, so you’re promoting our murderers,’ the other activists chimes in.

The white students are then defended by an Asian peer, but the clash continues.

The white pair eventually exit the ‘multicultural learning space’ saying that they are going to complain to the dean.

ASU has not publicly responded to the video. 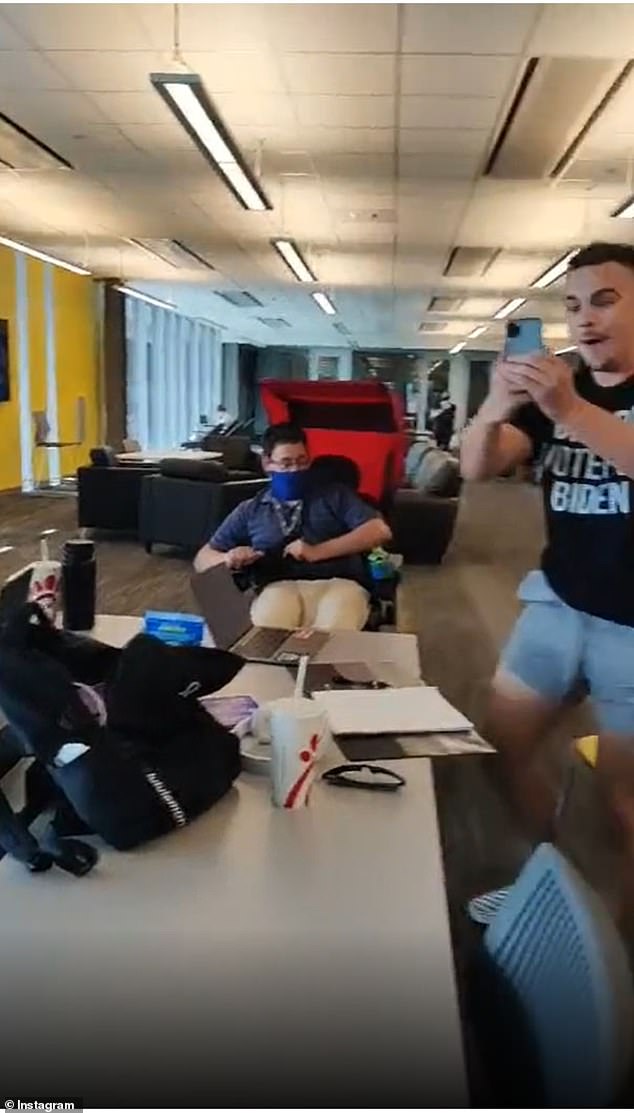 ‘Really out there changing hearts and minds by going full Karen freak out on a f**king sticker lmao,’ one wrote in the comments section.

‘The people recording are racist themselves by discriminating someone for the color of their skin. Imagine wanting to fight racism by yelling and harassing people until they leave,’ another chimed in.