The midterm elections are a little more than two months away and the table has been set for almost every general election after this summer’s series of primaries.

Analysts originally projected November to be close to a blowout victory for Republicans across the board in the face of low approval ratings for President Joe Biden and high inflation. But a series of legislative wins for Democrats on Capitol Hill and primary victories by Trump-backed Republican candidates in battleground states has made control of the chamber more of a coin flip.

“Democrats’ standing has improved over the past few months in most of these races,” analyst Jessica Taylor wrote recently for the nonpartisan Cook Political Report. “However, with the races fully engaging post-Labor Day and rescue money coming in to bail out weak GOP nominees from superPACs, we expect them to tighten once again.”

Senate Minority Leader Mitch McConnell, R-Ky., said he thinks “there’s probably a greater likelihood the House flips than the Senate,” during a recent Northern Kentucky Chamber of Commerce event. He commented that “candidate quality has a lot to do with the outcome,” in Senate races.

Democrats are on the defensive as they try to retain their majority in the 50-50 Senate (thanks to Vice President Kamala Harris’ tie-breaking vote). Republicans want the Senate majority to stifle Biden and congressional Democrats’ agenda.

Stay updated on these races: Sign up for the OnPolitics newsletter

Here are important Senate races to keep an eye on (* denotes incumbent):

Sen. Mark Kelly, D-Ariz., is one of the most vulnerable Democratic incumbents that Republicans have their eye on unseating. Kelly, having only served two years after winning a special election, has to face Arizona voters again to serve a full six-year term.

Kelly is up against Trump-backed venture capitalist and election denier, Blake Masters. Masters earned Donald Trump’s backing partly because he has supported the former president’s baseless claims of election fraud. In an interview with NBC News, Masters said he would have objected to the certification of the 2020 election had he been a senator at the time.

Master’s nomination could be precarious for Republicans who are set on reclaiming the Senate majority. While GOP voters outnumber Democratic voters in Arizona, a Fox News poll last week found Kelly leads Masters by 8 percentage points, 50%-42%. 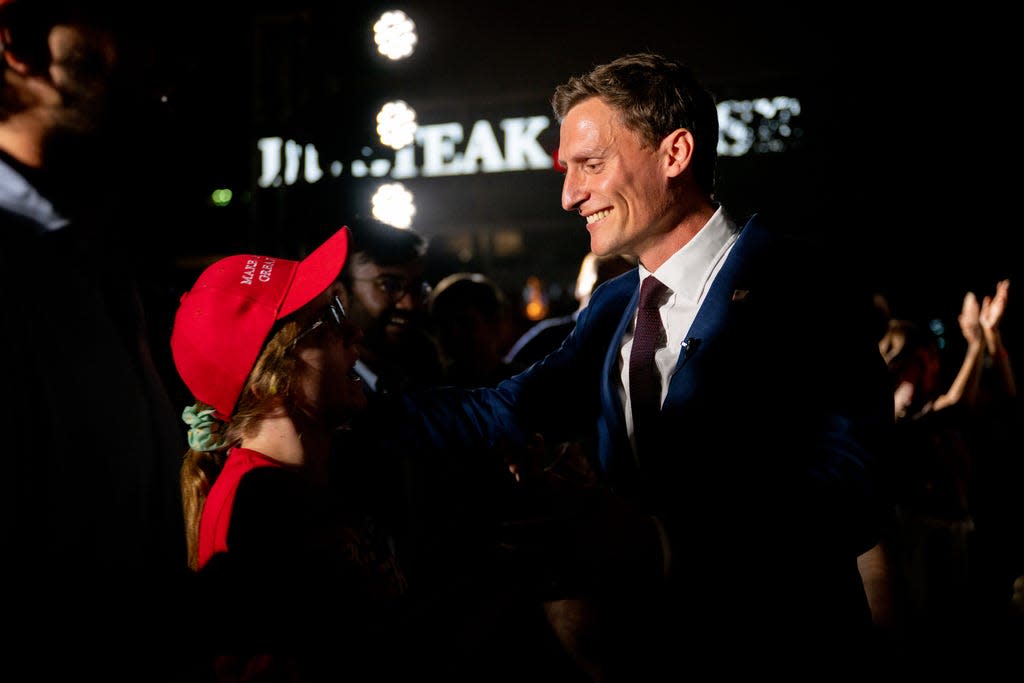 Sen. Raphael Warnock, D-Ga., is in the same boat as Kelly. After winning a special election in 2020, he’s running again in November to serve a full six-year term.

Georgia GOP voters have nominated former NFL running back Herschel Walker to take on Warnock. Once a Republican stronghold, Georgia has become a competitive battleground after Biden won the Peach State in 2020 – the first time a Democratic presidential candidate won here in 28 years.

Walker, Trump’s pick, is running a tight race against Warnock. Despite Republican concerns over his competency as a candidate and political novice, Walker boasts high profile name recognition that could be enough to propel him over the finish line in November.

Sen. Catherine Cortez Masto, D-Nev., will be facing off against her Republican opponent, former Nevada Attorney General Adam Laxalt, in a race national Republicans have identified as their best chance to flip.

Cortez Masto has enjoyed a boost in polling numbers according to a poll conducted by Suffolk University and the Reno Gazette Journal. Previously behind by three percentage points, Cortez Masto now leads Laxalt by seven points.

The Supreme Court’s overturning of Roe v. Wade – the constitutional right to an abortion – appears to have swung voters in Cortez Masto’s favor. Among likely voters who say abortion is the most important issue to them, Cortez Masto leads Laxalt 79%-11%. 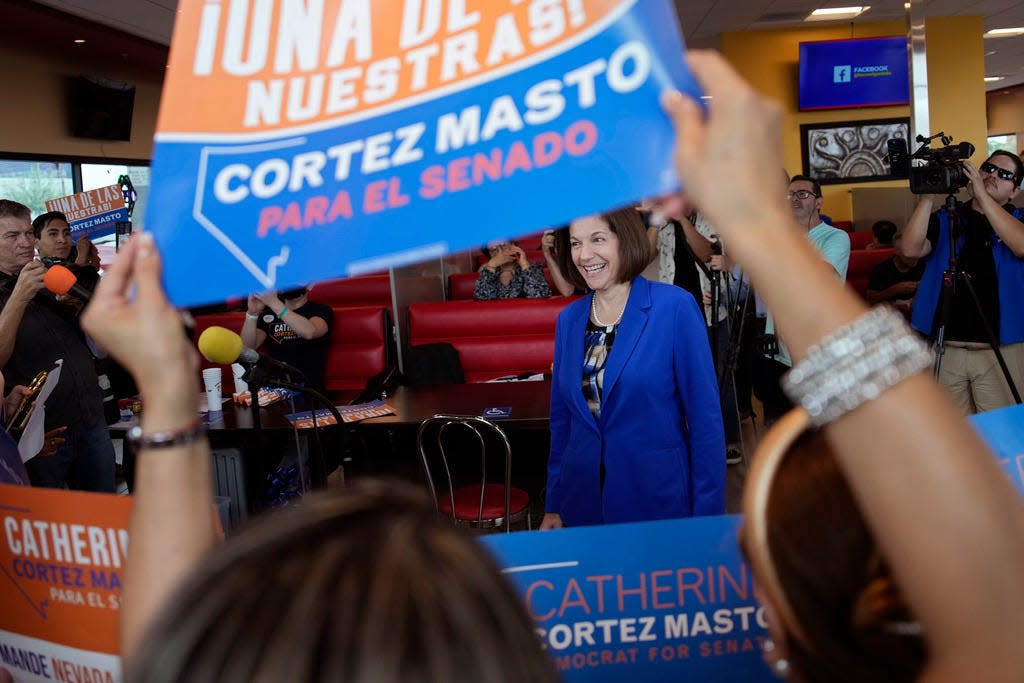 Fetterman has recently returned to the campaign trail after a three-month hiatus following a stroke. Dr. Oz has been defending himself from his ties to New Jersey (he has reportedly lived in the Garden State for decades) and claims of carpetbagging.

In New Hampshire, Sen. Maggie Hassan, D-N.H., faces an uphill battle after a poll conducted by Saint Anselm College found voters have a low approval rating of her at 44%.

Hassan’s opponent has yet to be decided, as the Granite State’s primary is being held much later than others, on Sep. 13. The Saint Anselm poll found that her most likely opponent will be Don Bolduc, a candidate who lost a 2020 Senate primary and who has also espoused Trump’s false claims of election fraud.

“Bolduc is the candidate who worries Republicans the most, and they’d probably be fine with any other of the hopefuls,” Taylor wrote about the race, noting that the state’s popular GOP Gov. Chris Sununu “blasted Bolduc as a ‘conspiracy theorist-type candidate’ and said ‘if he were the GOP nominee I have no doubt we’d have a much harder time’.” 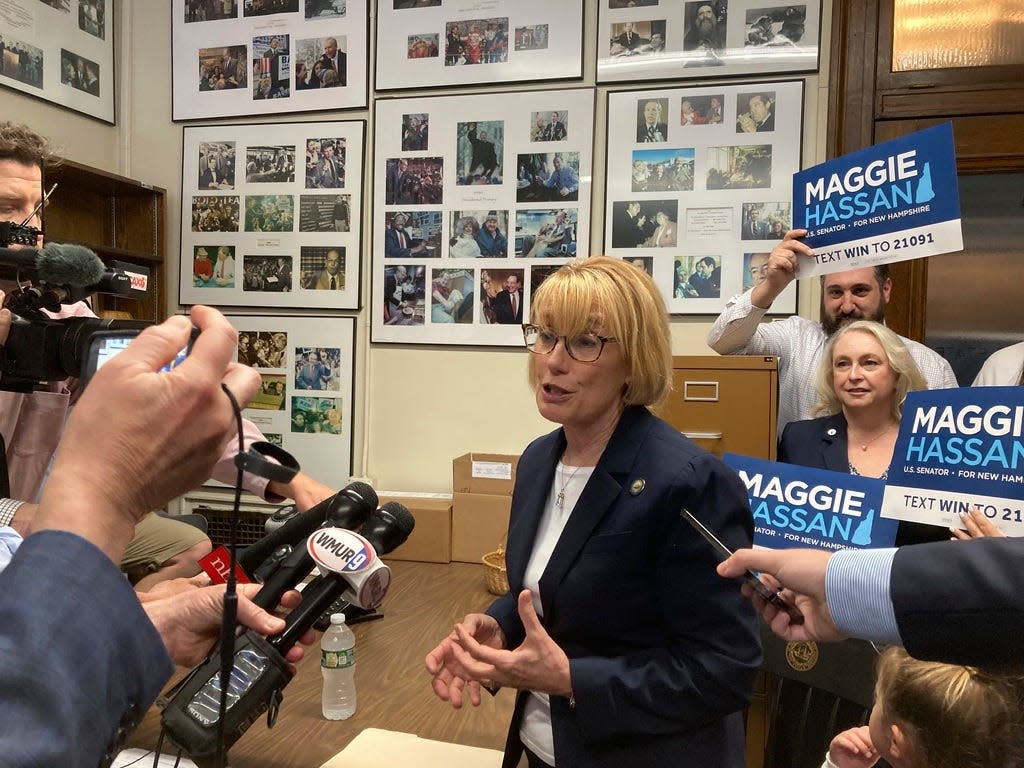 Sen. Ron Johnson, R-Wis., is the most vulnerable GOP incumbent on this list. After reneging on a self-imposed limit of 12 years in office, Johnson announced he would be running for a third term, saying in an opinion piece on the Wall Street Journal that the country “is in too much peril.”

Biden won Wisconsin by less than one percentage point in 2020 – as did Trump in 2016 – making this year’s Senate race anyone’s game. But while Biden’s approval rating has been unfavorable, Wisconsin voters have been cool on Johnson as well. Johnson had a 38% approval rating among registered voters according to a poll released last week from the Marquette Law School.

That same poll found Barnes currently leads Johnson by seven percentage points at 51%-44%. But the race in November is expected to be much closer, as Republicans will focus on Barnes’ previous support of left-wing movements such as defunding the police and abolishing the U.S. Immigration and Customs Enforcement agency. 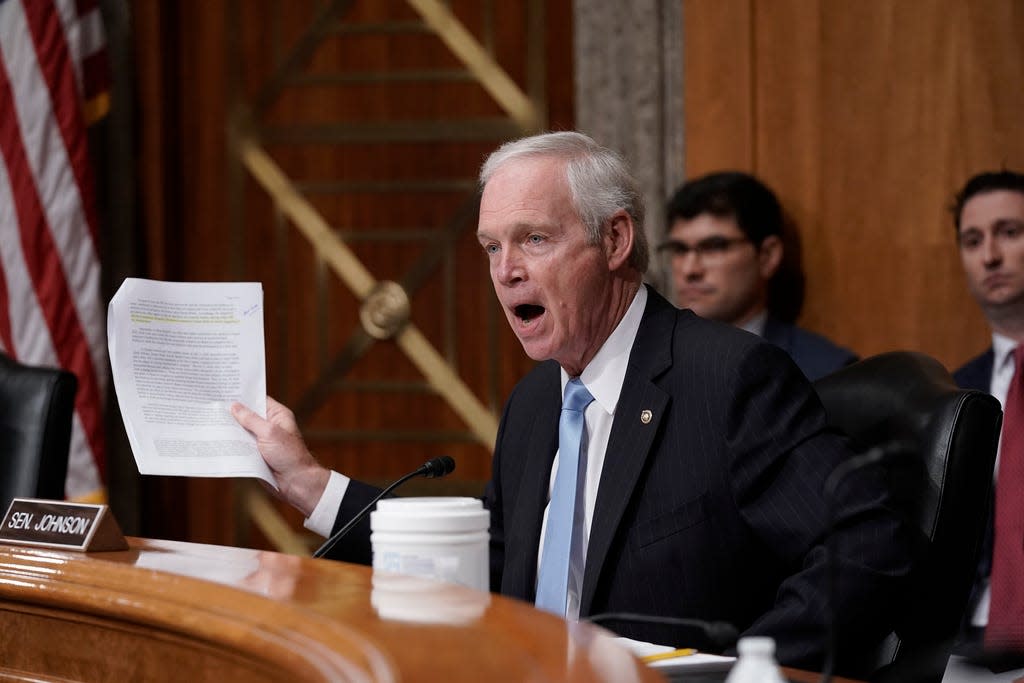 In North Carolina, Rep. Ted Budd, R-N.C., and former state Supreme Court Chief Justice Cheri Beasley will be battling for GOP Sen. Richard Burr’s seat after he announced he will not be seeking a fourth term.

Beasley has significantly outraised Budd – by more than double – as of June 30. But North Carolina has yet to send a Democratic senator to Washington since 2008. A poll conducted by Cygnal and sponsored by the John Locke Foundation – both conservative organizations – found the candidates are neck-and-neck, both polling at 42%.

“The state does have a sizable unaffiliated voter bloc, and the key for Beasley is to win over those voters, particularly in suburban Charlotte and Raleigh, while also picking off moderate Republicans who Budd turns off,” Taylor wrote. “The fundamentals of the race still slightly favor Budd, but if this turns out to be a non-traditional year, that may not hold.”

Stay updated on these races and other important Senate races: Sign up for the OnPolitics newsletter

This article originally appeared on USA TODAY: Senate control is a coin flip: 7 races to watch in midterm elections

05/09/2022 World News Comments Off on Control of the Senate is now a coin flip: These are the 7 midterm election races to watch
Lifestyle