INFECTIONS of the coronavirus in England are "starting to level off", data from the Office for National Statistics (ONS) has revealed.

This week there were around 8,400 cases a day of the virus in private households. 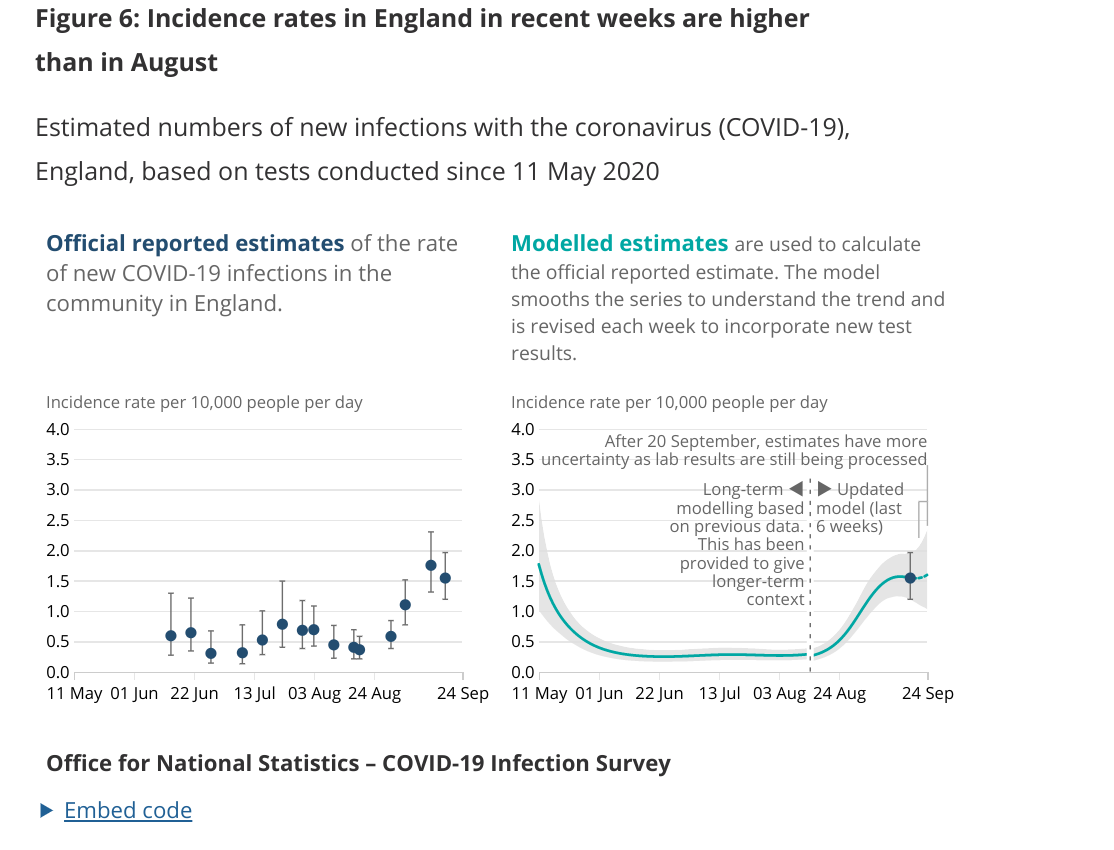 The data from the ONS relates to the period from September 18 to 24.

The 8,400 figure is down from the previous week's, when England recorded 9,600 new infections.

The ONS said there is some "limited evidence" that the incidence rate "may be levelling off following steep increases during August and September", but uncertainty around the figures means it is too early to say.

The figures do not include people staying in hospitals, care homes or other institutional settings.

It comes after experts yesterday said cases across the UK were "flattening" due to the new measures which had been enforced by the government over the last few weeks.

Restrictions such as the rule of six and a broader use of face masks and coverings have been in place across the UK for several weeks now.

People will be fined £200 for not wearing a mask when required to.

Pubs and restaurants also have to close at 10pm, meaning people have been forced to cut social occasions short.

Data from the Covid Symptom Tracker App stated that cases in the UK are not rising.

Professor Tim Spector – who heads up the team behind the app at King's College London said: “We are confident that this flattening in the data looks real and that this might be an early sign of infection rates slowing down.

"This may be due to a number of factors including social distancing and the “rule of six”, but we can’t discount the role of less susceptible people and prior immunity in those exposed and the natural cycle of the virus.

"We still need to continue to work together to make sure this flattening off isn’t a small blip."

Experts at the ONS have warned that there is a higher rate of infection in areas such as the North East.

Earlier this week several areas in the region were locked down due to a rise in cases.

In the North East, Middlesbrough and Hartlepool were both slapped with further restrictions, while Liverpool and Warrington, in the North West were also given harsher remits. 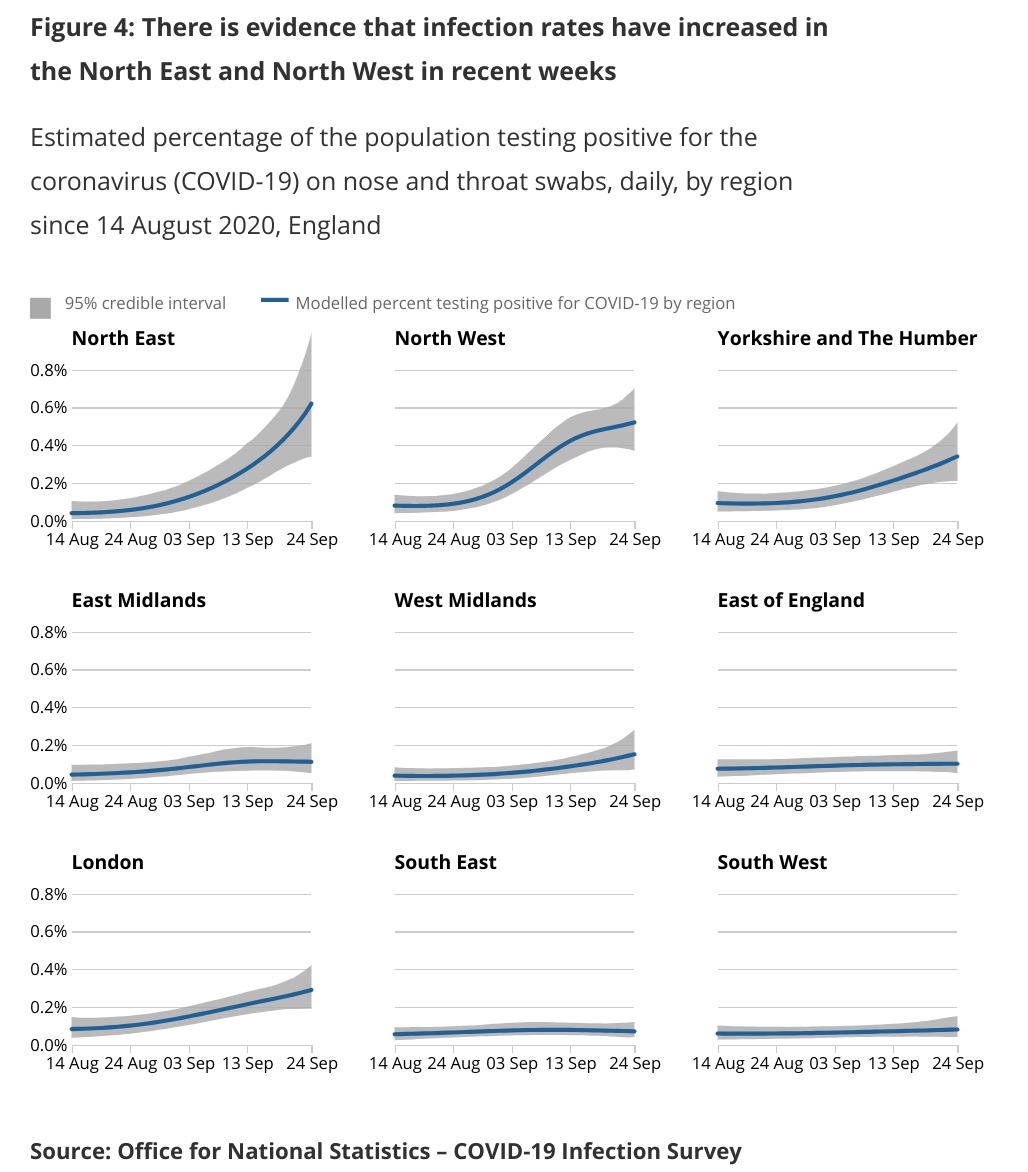 In recent weeks, "there has been clear evidence of an increase in the number of people testing positive for Covid-19", with the current rates highest in teenagers and young adults, it ONS report said.

"There is evidence of higher infection rates in the North West and North East, as well as Yorkshire and the Humber and London," it added.

Data from the ONS clearly shows that cases in some areas have remained flat.

Graphs produced show that cases in the South West of the country, the South East and the East of England, all remain relatively flat.

The East and West Midlands also look to be following a similar trajectory.

However the graphs clearly show an uptick in cases in the North East, NorthWest, Yorkshire and the Humber and London.

However, Katherine Kent, co-head of analysis for the Covid-19 Infection Survey, said: "While the evidence suggests that the increase in new cases may be levelling off after a sharp rise in August and September, it is too early to be certain at this stage."

Over the last six weeks, the study analysed almost 300,000 test swabs from randomly selected members of the public, whether they have symptoms or not.

An estimated 116,600 people in private households in England had Covid-19 between September 18 and 24, the ONS said.

02/10/2020 World News Comments Off on Coronavirus infections 'levelling off' with 8,400 daily cases down from 9,600 last week, stats show
Lifestyle