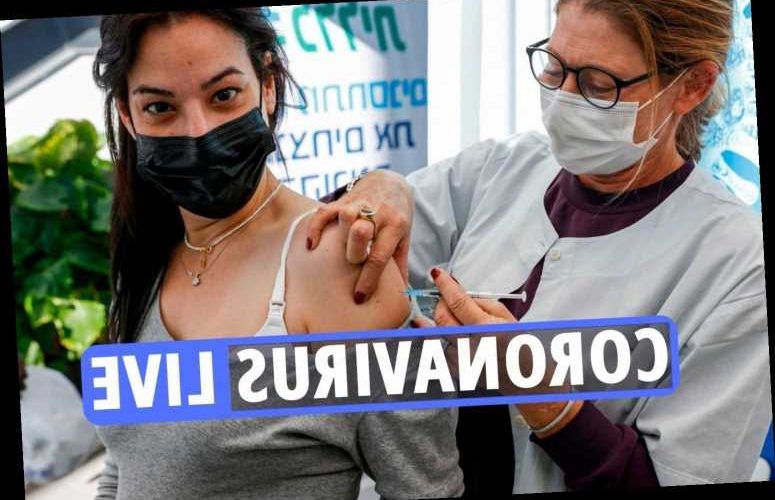 The Pfizer Covid-19 vaccine appears to offer 100% protection against the South African variant and most likely protects against the Brazilian variant, according to two new studies.

Research published by Pfizer/BioNTech on Thursday offers the first in-human evidence of how the vaccine protects against the South African variant that has been worrying scientists.

The pharmaceutical giant said its findings show the vaccine is 100% effective in preventing Covid-19 cases in South Africa – where the South African variant is now common.

It comes as a senior EU official threatened British lives today by vowing to block all UK-bound vaccines from reaching us.

Thierry Breton, the EU's internal market commissioner, said 'zero' AstraZeneca jabs made in Europe would be allowed to be shipped to Britain in the latest shocking development in the continent's covid crisis.

Breton's outrageous comments come after the EU accused AstraZeneca of missing its delivery targets by tens of millions of doses and breaching its contract with the bloc.

Last week the EU appeared to back down on threats to stop vaccine supplies to Britain as punishment, with the UK government insisting it was "confident" the supply line wouldn't be affected.

Britain's AstraZeneca doses are currently all produced domestically, and Pfizer jabs are imported from the EU.

But Breton's vow suggests the EU may still go back on its word and attempt to seize vaccines we desperately need in the UK to keep our lockdown roadmap to freedom on track.

Thanks to our superspeed vaccine roll-out, Brits are looking forward to a summer of freedom as we now considered the best-placed major European nation to cope with the recently emerged third-wave of the virus.

France has seen cases triple since early February to nearly 60,000 cases a day, with doctors in overwhelmed hospitals forced to choose which Covid patients get a ventilator.

And today Pfizer accused the EU of delaying the supply of its jabs to countries battling Covid which are in desperate need of vaccines.

The EU's crisis is also driven by its shambolic vaccine procurement scheme which is riddled with red tape and has seen France and Germany accused of prioritising their own interests ahead of smaller less wealthy EU nations.

On top of this shameless disinformation from the likes of France's President Emmanuel Macron and other senior leaders means many Europeans are now too scared to have the vaccines.

There's a stark contrast between the queues of Brits lining up for their jabs compared with vaccine centres in the EU that appear nearly empty as so few people are showing up to get their dose.