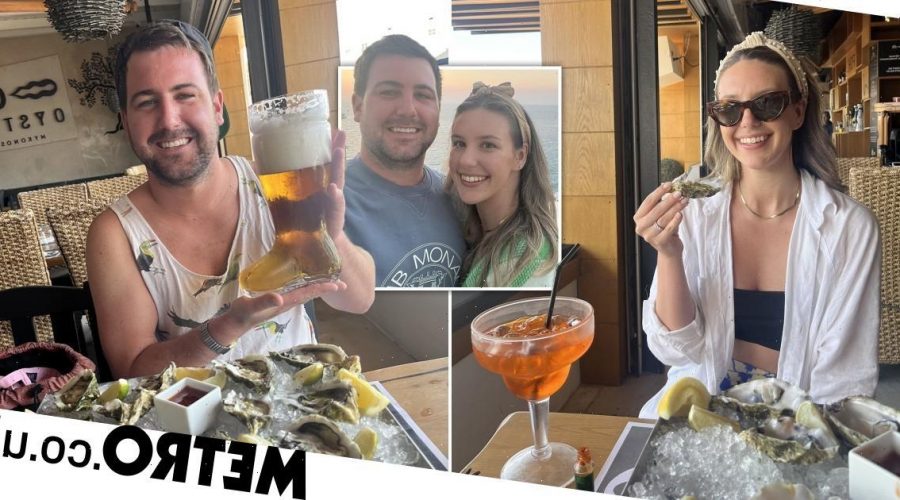 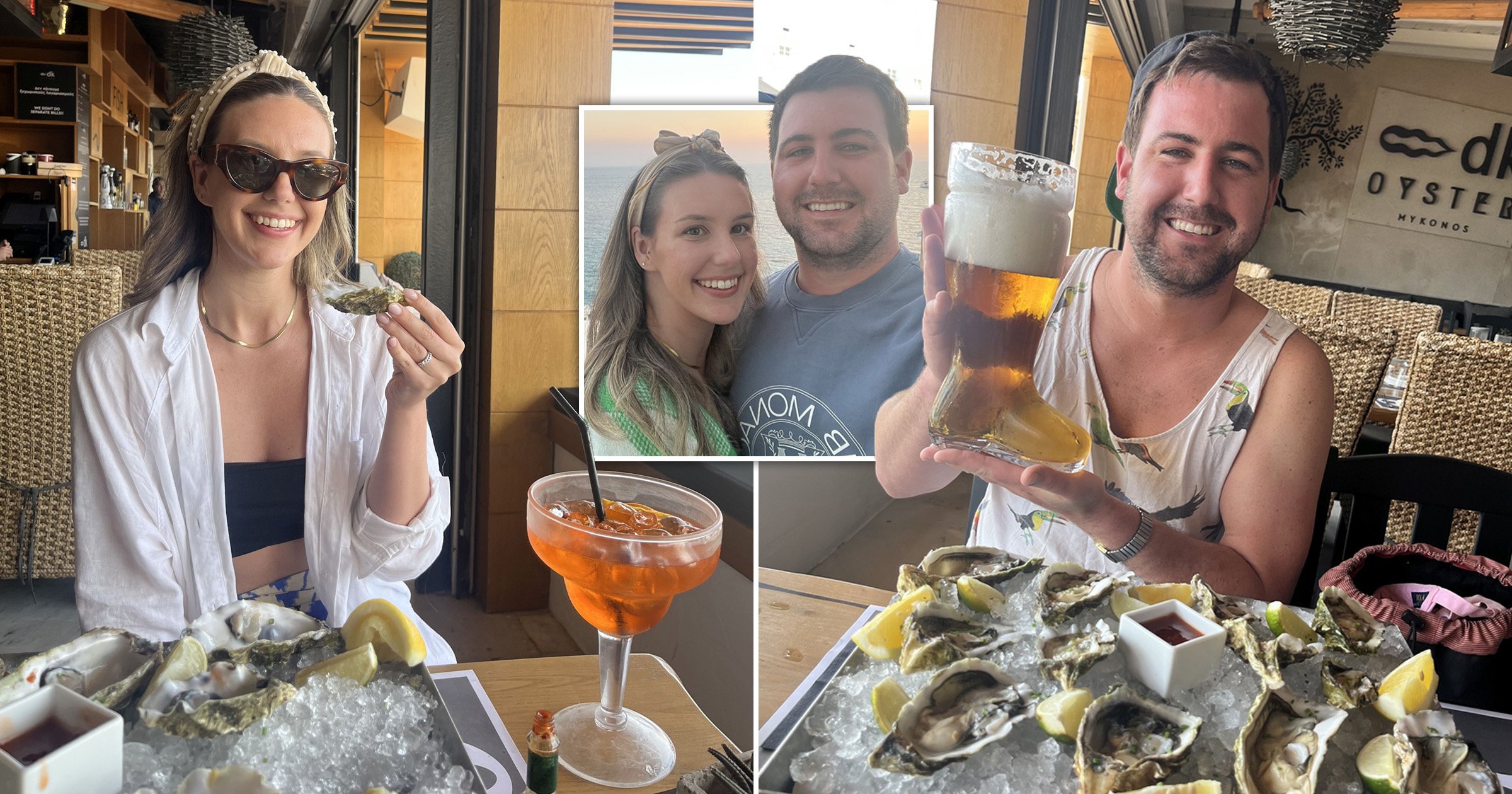 A newlywed couple say they received a 400 euro bill on their Greek honeymoon after ordering one beer, one cocktail and a dozen oysters.

Lindsay Breen and husband Alex, both 30, claim restaurant staff didn’t give them a drinks menu with prices on it before shocking them with the sum.

Instead of receiving a bill at the table, Alex says he was taken to a back room to pay, and when he asked for a breakdown, he was only shown a computer screen, which was all in Greek.

The carpenter says he got a ‘sketchy vibe’ from the place and felt intimidated, so in the end he decided to settle the bill and get out of there.

Lindsay says alarm bells started ringing early on when ‘presumptuous’ staff immediately asked them ‘do you want oysters?’ followed by ‘a dozen?’.

Thinking this was a typical order, the couple from Toronto accepted. Alex asked for a beer, but whenever his wife asked for a cocktail menu, the waiter kept on listing the spirits they had but no drinks.

After bit of back-and-forth Lindsay says she was brought a laminated piece of paper which had types of alcohol but no brands or drinks, so she settled for an aperol spritz.

Lindsay claims that the waiter then tried serving them ‘comically large’ drinks they hadn’t asked for and was ‘very much lurking around the table’ and tried to pester them into ordering crab legs.

‘My husband went to the toilet and when he came back, he said he thought he’d seen a menu inside that said it was 29 euros (£24) per oyster and I said there’s no way,’ she added.

‘We had already eaten the oysters so we thought “oh God, what are we getting ourselves into with this bill?”

‘The guy came back with a huge trolley of desserts and he says “so of course we’re having cake today” and starts putting different desserts on our table.

Lindsay and Alex said they glanced at the menu outside and recalled it saying nine euros per oyster, but they later learned the small print said pricing was per 100g.

The couple married in Italy in May this year and were celebrating by travelling around Europe for three weeks.

They were only in Mykonos for one more night and were due to fly to Athens before heading back to Canada.

‘Luckily we had enough money left, we were using our credit card for larger expenses. I can imagine how someone would end up with no money,’ said Lindsay.

‘It’s not an ideal way to spend our money but we’re fortunate we could pay.