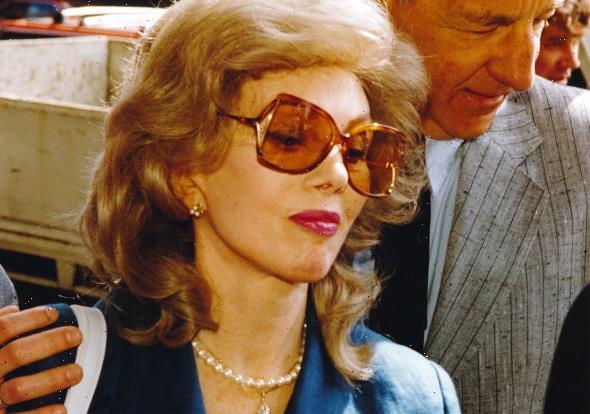 Survivors of the cult The Family are seeking proceeds from the sale of a property in the Dandenong Ranges that was once home to the group’s leader, Anne Hamilton-Byrne.

A legal caveat has been put on the title of the 12-bedroom house and grounds at 1445 Mount Dandenong Road, close to Olinda village in Melbourne’s east, that has recently been up for sale. 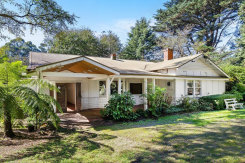 The 12-bedroom house at 1445 Mount Dandenong Tourist Road was once linked to cult leader Anne Hamilton-Byrne.

The caveat was placed on the property by Leeanne Creese, a former resident of the house and a survivor of the cult.

She is the lead plaintiff in a class action brought by cult survivors against a Hamilton-Byrne-linked company and the executors of her estate.

Ms Creese declined to comment, but The Age understands the caveat relates to a financial interest in a share of the proceeds of sale that the survivors are seeking. 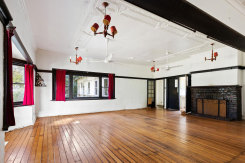 Ms Creese escaped the cult as a teenager, then gave testimony, alongside her siblings, that helped instigate a police raid in 1987 that freed other children from the cult.

A Supreme Court-proposed settlement document for the class action says it applies to “children of Anne Hamilton-Byrne who suffered personal injury as a result of cruel and inhumane treatment by Anne Hamilton-Byrne and/or her servants or agents during the period from 1968 to 1987”.

The document says the defendants to the class action are the company Life For All Creatures Ltd — which is also the owner of the Olinda home for sale — and also the executors of Ms Hamilton-Byrne’s estate.

The house, which sits on 0.8ha, was expected to fetch more than $1.1 million by private sale. Australia Securities and Investment Commission records show that Ms Hamilton-Byrne, who died in June 2019, was a director of Life For All Creatures from 2001 to 2004. 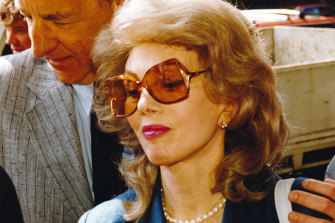 David John Munroe, Timothy John Mackay and Helen Elisabeth Ethel Buchanan are listed as the current directors of Life For All Creatures.

It is understood that 1445 Mount Dandenong Tourist Road was Ms Hamilton-Byrne’s Melbourne residence for years. Government records show she had a life tenancy of the property before she died, although she lived her final years in a nursing home.

The house was built in 1930 and was once a guest house and a restaurant. There is no heritage overlay. The real estate listing describes the property as “Secluded yet central, this is a golden opportunity to acquire an iconic and prime landholding in Olinda” and that it is “ripe to renovate or rebuild, STCA [subject to council approval].”

“Walking distance to the charm and allure of [a] Mt Dandenong village yet emanating a distinct feeling of timeless country ambience. Just over 2 lush acres of predominately flat grounds dotted with European classics such as pines, elms, weeping cherry, fir, oak, beech and pine trees this is a lifestyle or investment opportunity of grand proportions that will bring joy to future generations,” the sales pitch continues.

The house is currently listed as being “under contract”, meaning the seller has accepted an offer from a buyer, but the sale is yet to be finalised.

Ms Creese did not wish to comment. The Age attempted to contact the house’s vendors, Life For All Creatures.

While not commenting on this case, property law specialist Simon Libbis said a caveat would have to be withdrawn by anyone claiming the financial interest at the time of a property settlement.

He said parties “might receive funds owed, in return for the caveat being withdrawn at settlement”.