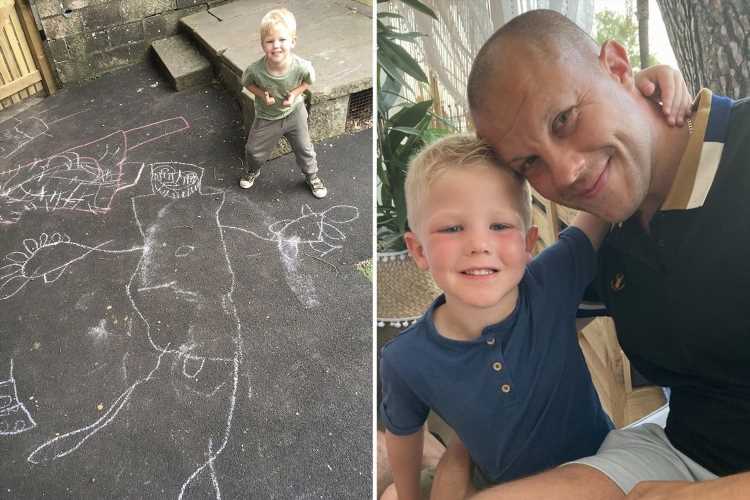 A DAD was left red-faced after his toddler son drew a less than flattering rude portrait of him in nursery.

When Chris Fryer, 43, arrived to collect his son Abe, four, on Tuesday he found his little boy standing next to a drawing on the playground. 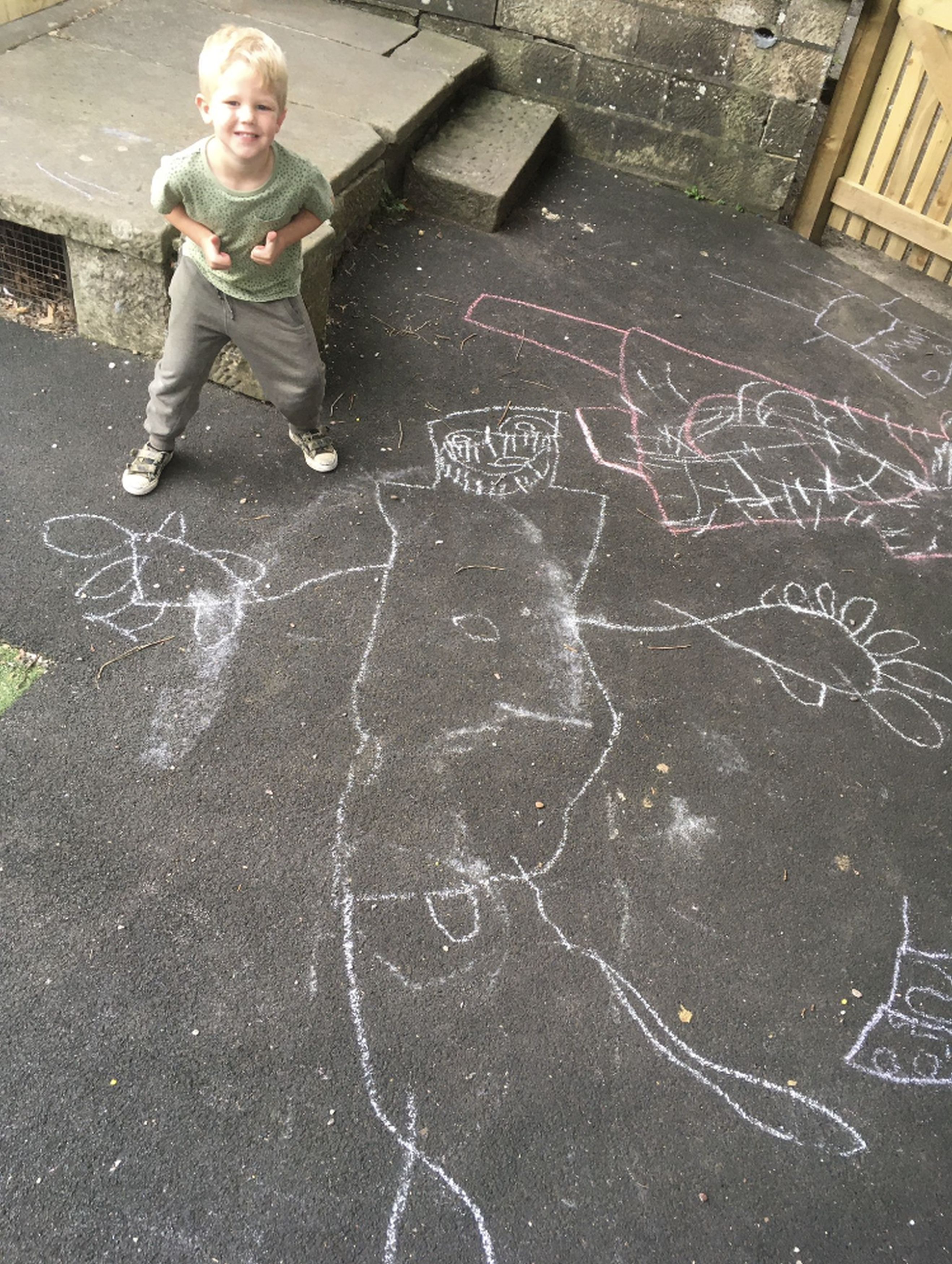 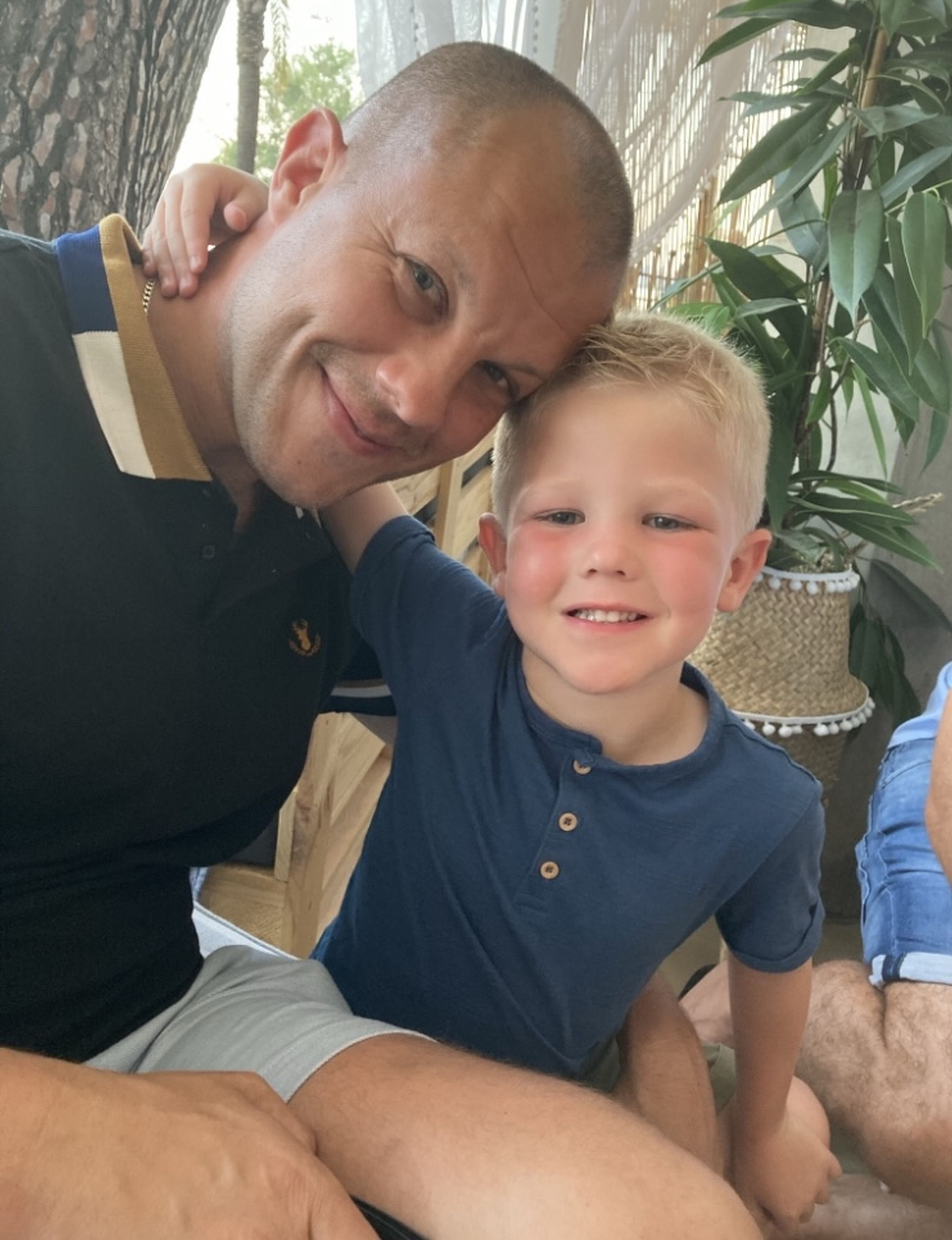 "Cheeky" Abe beamed with pride as he explained that the artwork was of his dad.

The little boy then burst out laughing as he pointed to the nub between the chalk figure's legs.

Despite feeling "disappointed" that Abe had drawn such a small "widgy woo", Chris couldn't help but laugh and be impressed by how detailed his little lad's creation was.

The doting dad even took a photo of Abe posing with a huge smile and two thumbs up next to his masterpiece and sent it to their family WhatsApp group, giving his wife Vicki Fryer, 42, a good laugh.

Mum Vicki posted the incredibly cute snap on Facebook where it has been liked by more than 2,100 people.

Chris, of Bakewell, Derbyshire, said: "As I walked around to the feet of the drawing, I said 'oh, he's got a widgy woo on it'.

"Abe started laughing and pointed at me and said 'yeah, I drew it so it looks like your widgy woo'.

"I said 'oh right, thank you very much'. Luckily no one else was there, thank God. If other parents were there it would have been a bit embarrassing."

Full-time store manager Vicki described her only son Abe as a "little darling" who is a 'very lively character' with a great sense of humour.

This is Abe's first drawing featuring any private parts and his mum is very relieved Chris was the subject of their little boy's slightly rude artwork and not her.

Vicki said: "Abe was very proud to show Chris, he loves his drawings.

"Chris just started laughing. He thought it was quite hysterical to be honest and then he WhatsApped me and all our family group to show us all.

"I thought it was hysterical too. It's very Abe and something he would do. I'm just glad it wasn't me and it was his dad."

The mum-of-one's comical post has received more than 65 comments online – with one user branding it the "funniest thing ever".

One commented: "Anyone else mistake the leg for the 'widgy woo' at first glance and think 'lucky lady'? No, just me."

Another added: "Did Daddy jump straight in and tell the staff that it must be a cold morning?"

Another remarked: "This is great. Got to love kids and their quirky sometimes slightly embarrassing ways."