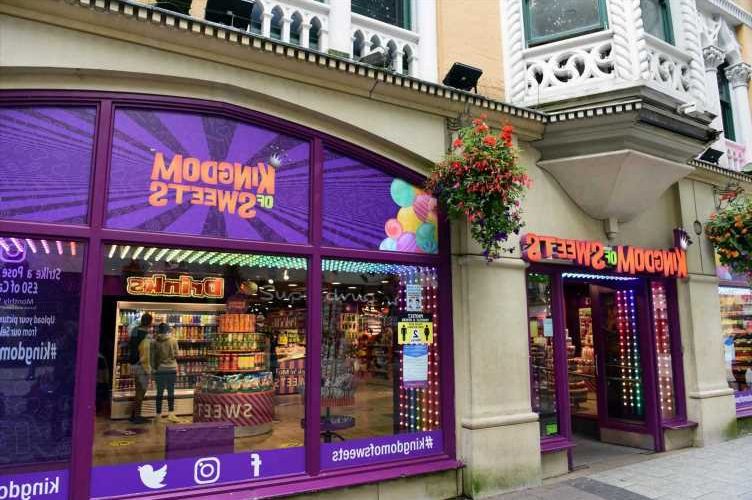 A SWEET shop has removed an X-rated display after a furious father complained about the sexy confectionery.

The dad was with his 10-year-old daughter during a school holiday shopping trip when he spotted the rude sweets. 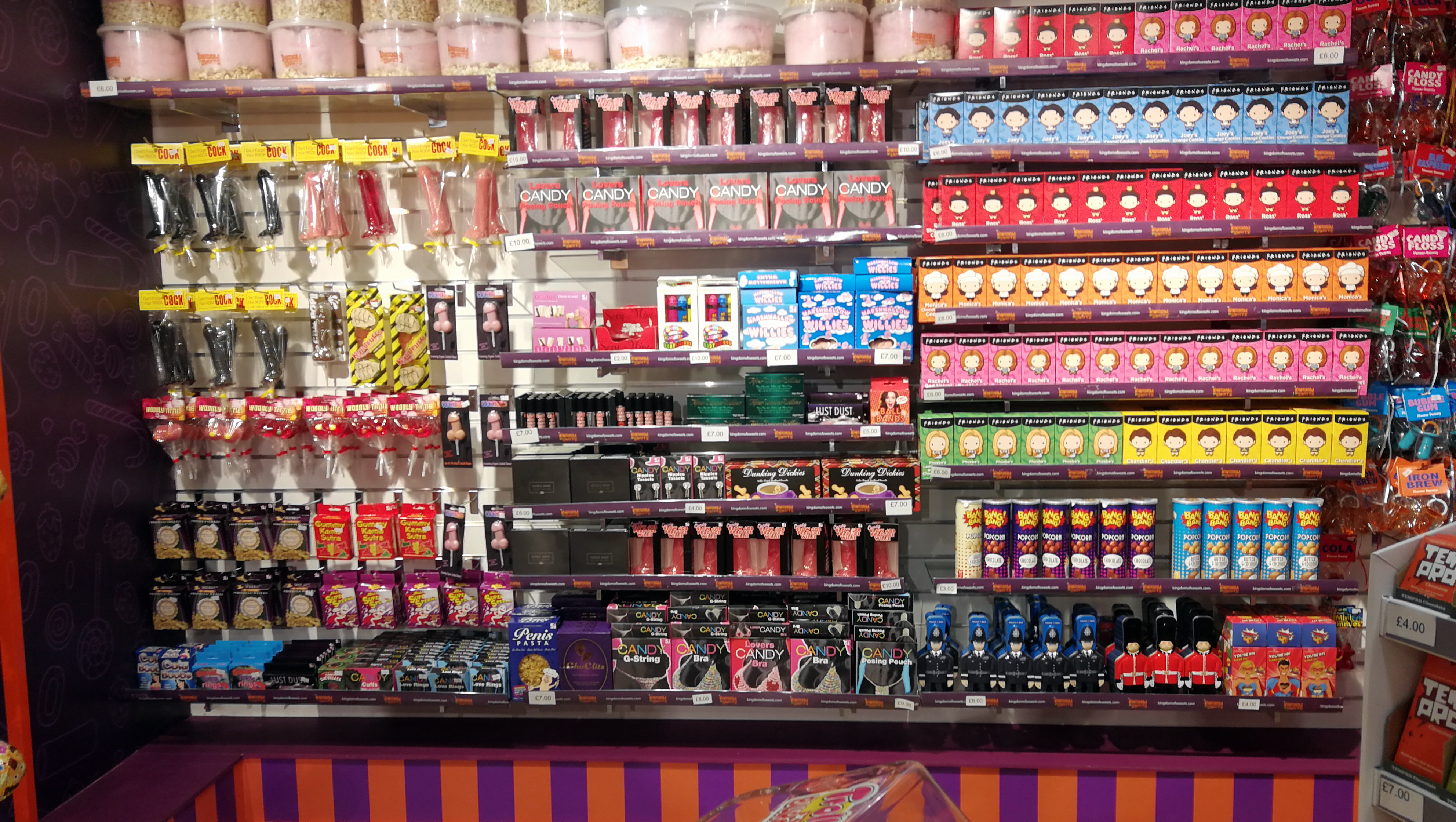 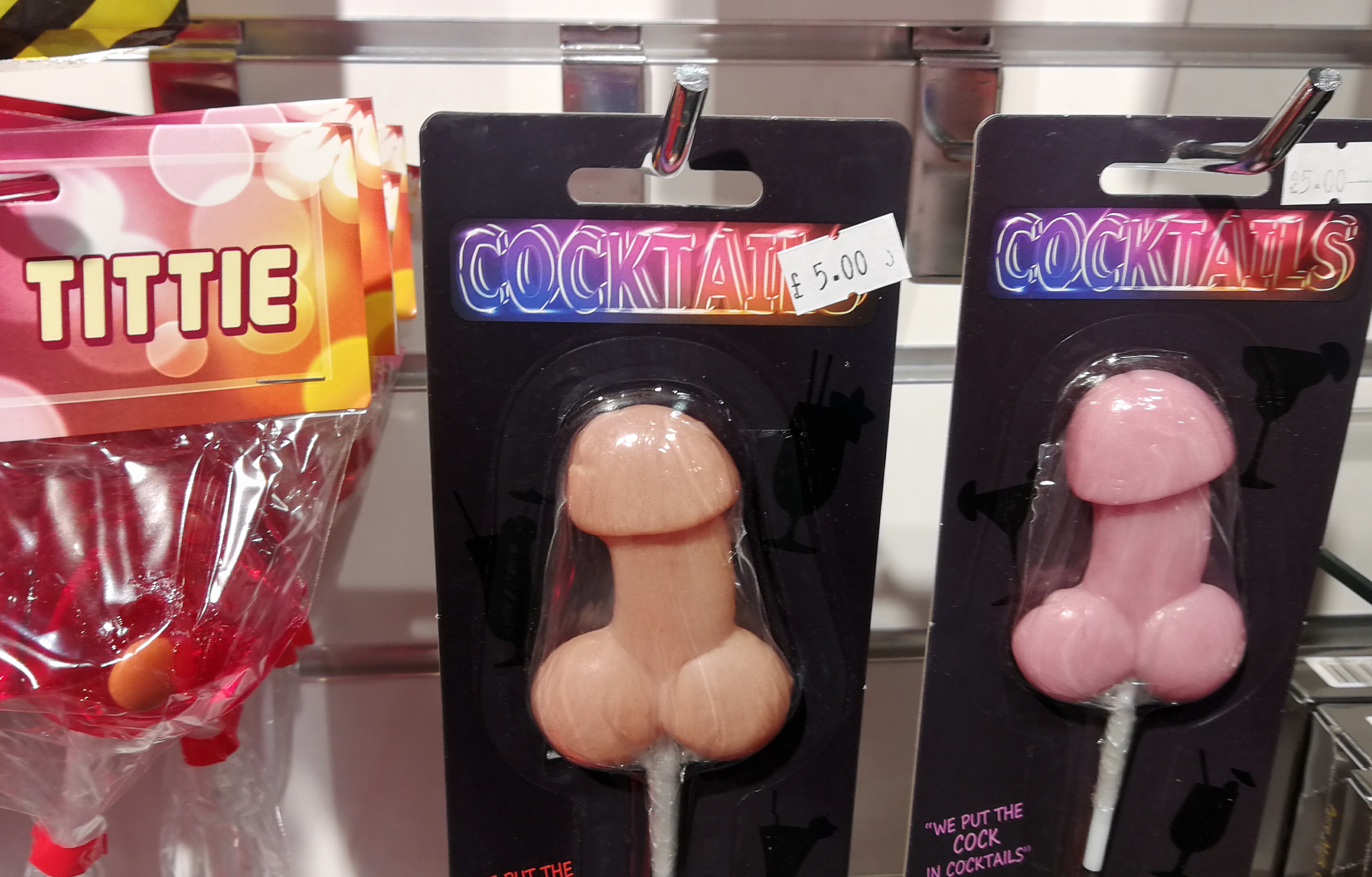 The Kingdom of Sweets shop in Cardiff city centre had a display of penis-shaped lollipops along with "Ball Bands", "Candy Cuffs", "Choc-clits", "Jelly Super-sperms" and a "Candy Blow Job Practice Willie".

But the store has since pulled the sweets from its shelves after the complaint.

The dad said his daughter had been saving up money to buy sweets in the store but when they went to the till they were greeted with a display of adult-themed sweets.

The dad fumed: "It was inappropriate. I'd expect it in an Ann Summers, which is fine.

"I'm not prudish at all but I didn't expect that in somewhere where you'd take children."

He added:"On the high street in the capital city it's not on. Maybe in a distinctly adults-only section, tucked away somewhere, but no – it was right next to the till.

"My daughter went 'I know what that is' because she's 10.

"We've spoken to her about certain things, she's not completely naive, but I just don't think that should be put in front of children on the high street in the middle of Cardiff."

The father said he and hisdaughter often go to the sweet store during half term and the school holidays – but hadn't seen the sex display before.

"It's a real treat and it spoilt it for us really badly. We went to the castle and for some food and to go to Kingdom of Sweets was to top it off as a real treat," he said.

After seeing the display, the father left the store with his daughter without buying anything.

A spokesman for Kingdom of Sweets said: "We thank you for bringing this to our attention. The items have been withdrawn from stock." 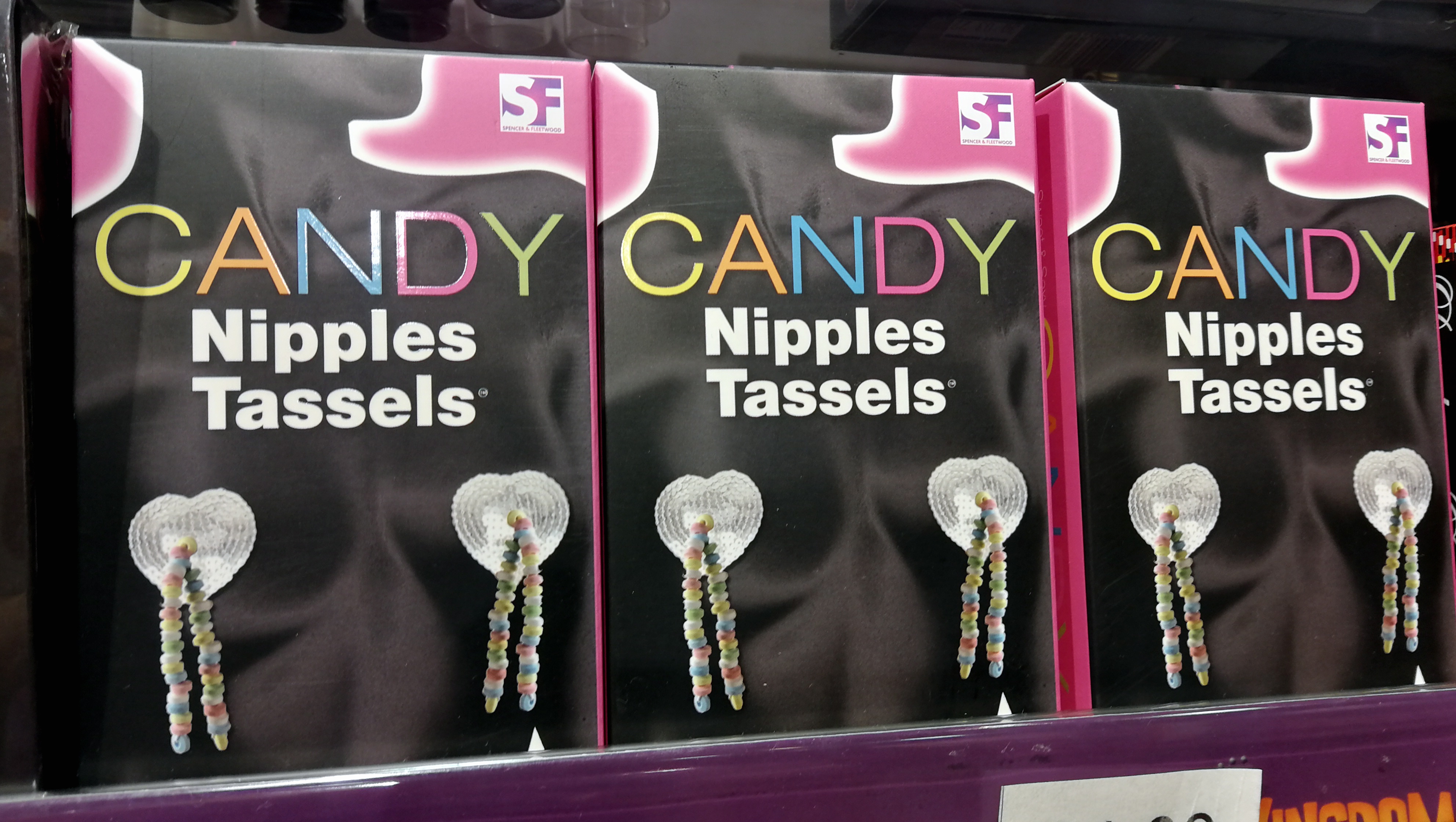 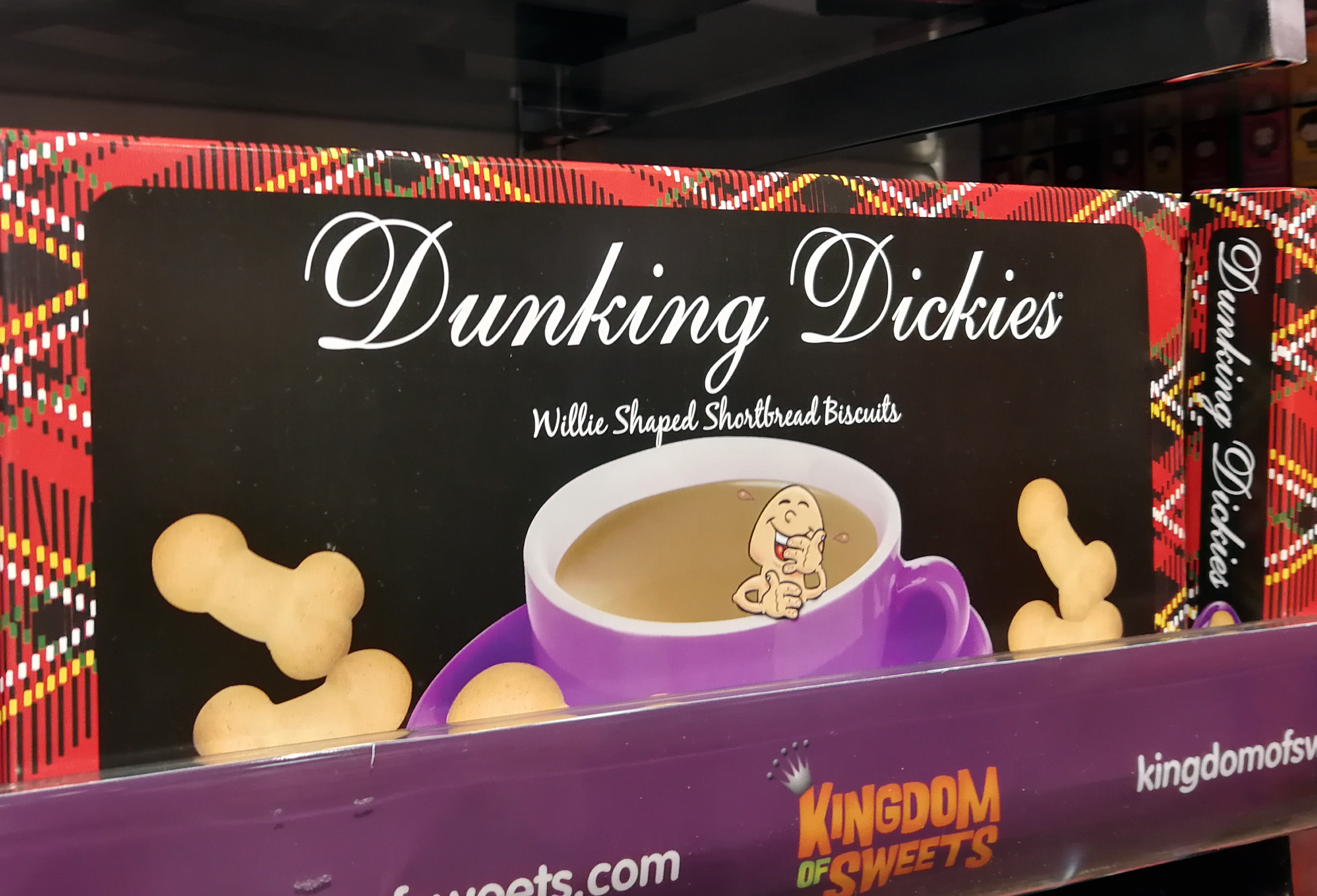 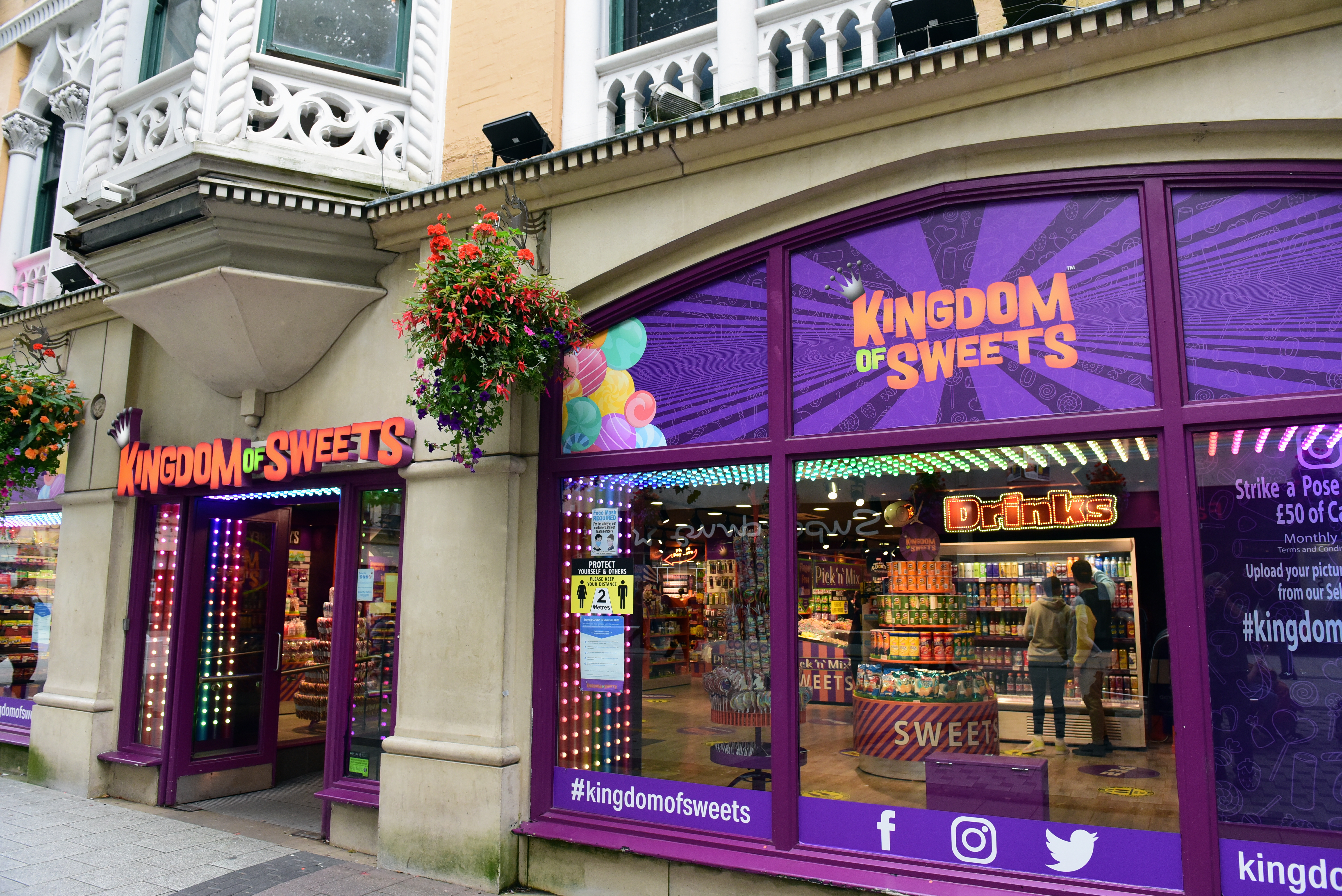