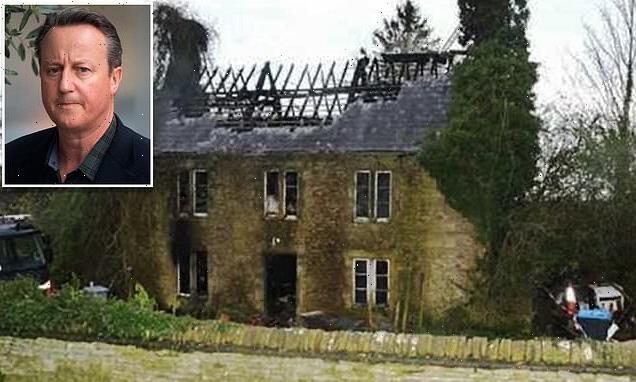 A man who burned down an elderly widow’s house after mistaking it for David Cameron’s home was today detained under the mental health act.

Joseph Stead, 35, had intended to petrol bomb the ex-PM’s home in the village of Dean, near Witney, Oxfordshire, but struck the house next door, a judge heard.

It is understood that Stead, a paranoid schizophrenic, had made homophobic allegations against Mr Cameron and printed out pictures of his home.

A judge at Oxford Crown Court ordered Stead to be detained in a secure psychiatric hospital under the Mental Health Act, saying that he was a risk to the public.

It was heard yesterday how obsessed Stead torched the wrong house, setting fire to an £800,000 farmhouse belonging to an 82-year-old woman – who had been staying at her son’s house at the time – on March 9 last year.

He was stopped by the woman’s son and grandson, while police later found searches for Mr Cameron on his computer.

Sentencing the arsonist to a Section 41 hospital order with restrictions, Judge Nigel Daly said: ‘I consider there is a real risk that if he is released from hospital, if he is not under the day-to-day care of persons who can make sure he takes his medicine as appropriate, there would be a risk to the public of serious harm from him.’

Joseph Stead, 35, had intended to petrol bomb the ex-PM’s home in the village of Dean, near Witney, Oxfordshire, but struck the house next door (pictured above), a judge heard 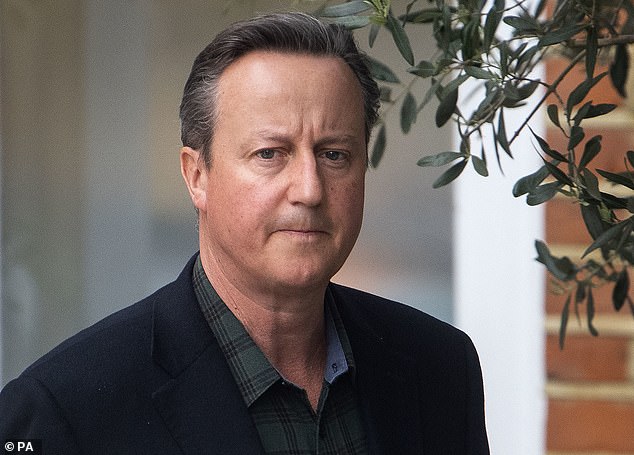 Prosecutor Jonathan Stone said Stead had travelled from his home in Wellingborough, Northamptonshire, through Aylesbury and Oxford to the village of Dean, near Chipping Norton.

Checks on his computer showed he had searched the internet for the village where the former Conservative leader lived.

Mr Stone said that at around 10pm, Stead was seen in Dean swigging from bottles of alcohol. At 10.30pm he called the fire brigade, telling the call handler about a fire in the village. A neighbour also called 999.

A fire report found the blaze that gutted the house was started by a petrol bomb thrown through a downstairs window. The remains of a bottle of spirit and a petrol-soaked rag were discovered at the house.

In a victim impact statement, the owner – a widowed farmer’s wife who had lived in the property since the 1960s – said the news had been broken by her daughter shortly after midnight.

Summing up her feelings when she heard of the fire, she said: ‘Murderous, furious and shocked that anyone, regardless of their feelings, could do such a thing.’

The house had been valued at £800,000 before the fire, with the plot now only worth around half of that amount.

She had lost personal mementoes of her late husband in the blaze, as well as family photographs, her books and a collection of crocheted squares she hoped to make into blankets for her great-grandchildren. 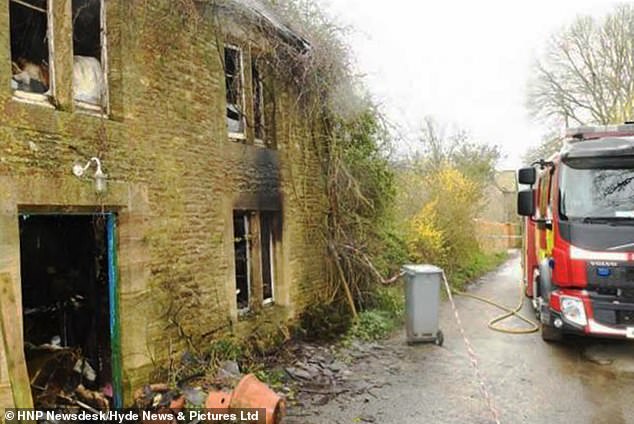 The house had been valued at £800,000 before the fire, with the plot now only worth around half of that amount 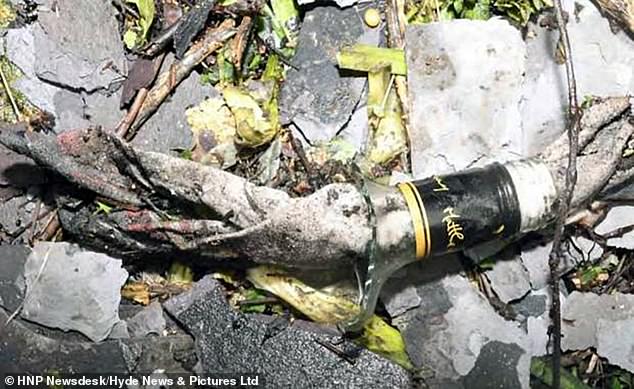 A fire report found the blaze that gutted the house was started by a petrol bomb thrown through a window. The remains of a bottle of spirit and a petrol-soaked rag (above) were found

Judge Daly heard that Stead was arrested at the scene while making bizarre racist and homophobic comments about David Cameron.

The arsonist later told psychiatrists that he had gone to Dean after reading articles online. The fire was meant as a ‘threat’ to Mr Cameron, but he did not intend to cause him harm.

Stead, formerly of Wellingborough, admitted arson being reckless as to whether life was endangered. He had no previous convictions.

Mitigating, Graham Blower said his client had been receiving treatment for paranoid schizophrenia at a psychiatric unit since his arrest and was responding well to treatment. He had shown an insight into his behaviour.

Judge Daly commended Stead for taking the help he had been offered, but raised concerns about the potential for him to stop taking his medication if he were released into the community.