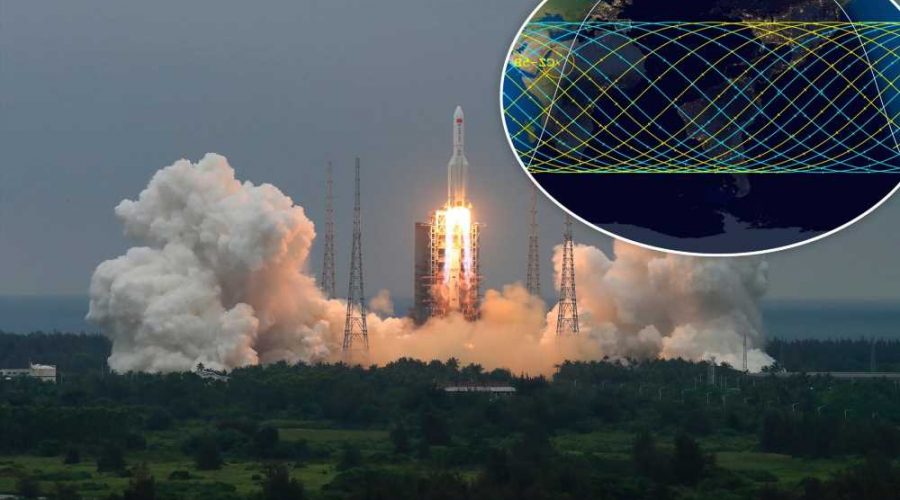 Ingenuity helicopter sets stage for space flight on other worlds

60 years after first American in space, tourists are lining up

The piece of a massive Chinese rocket that is hurtling towards Earth is expected to plunge through the atmosphere this weekend — but China insists it is highly unlikely to cause any harm.

The location of the Long March 5B rocket’s descent back to Earth “cannot be pinpointed until within hours of its reentry,” the US Space Command said.

Experts have said that debris could fall anywhere from as far north as New York to as far south as New Zealand.

The US Space Command, which is tracking the 23-ton piece of rocket, is projecting it to reach Earth Saturday.

Meanwhile, China insisted Friday that most of the debris will be burned up on re-entry, posing little threat along its expected path.

“As far as I understand, this type of rocket adopts a special technical design, and the vast majority of the devices will be burnt up and destructed during the re-entry process, which has a very low probability of causing harm to aviation activities and the ground,” Foreign Ministry spokesperson Wang Wenbing said.

Wenbing added that China “pays great attention to the re-entry of the upper stage of the rocket into the atmosphere” and that authorities will release information about the re-entry in a “timely manner.”

However, it will most likely fall into the sea, given that 70 percent of the globe is covered by water.

The nonprofit Aerospace Corp. expects the debris to hit the Pacific near the Equator after passing over the eastern US cities.

The roughly 100-foot-long stage would be among the biggest space debris to fall to Earth.

The Long March 5B rocket initially blasted off from China’s Hainan island on April 29, carrying the unmanned Tianhe module, which contains what will become living quarters on a permanent Chinese space station, according to Reuters.

In May 2020, another Chinese rocket fell uncontrolled into the Atlantic Ocean off West Africa.