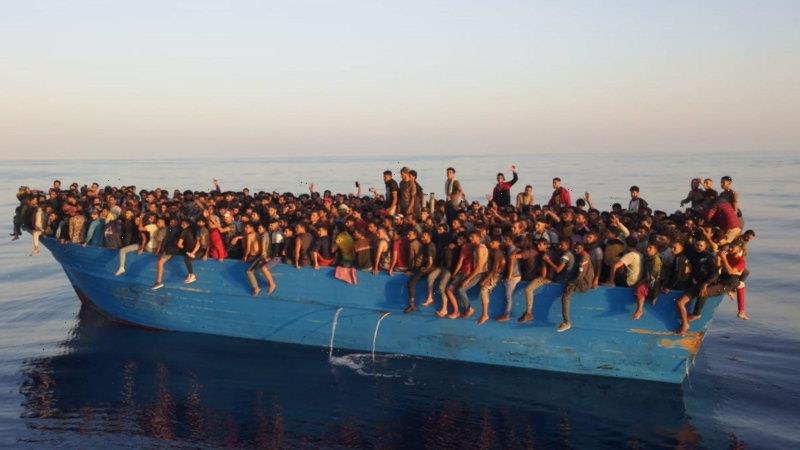 Rome: The Italian coastguard has rescued 539 migrants crammed onto a decrepit fishing boat off the tiny southern Italian island of Lampedusa.

Alida Serrachieri, a nurse who runs the Doctors Without Borders’ operation on Lampedusa, said the passengers included three women and several unaccompanied minors. 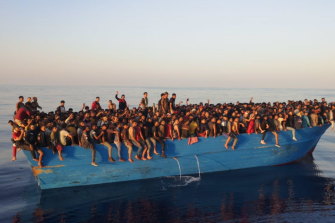 More than 500 migrants were found crammed into one boat off the Italian island of Lampedusa.Credit:EPA/CONCETTA RIZZO

The dangerously packed boat would have travelled about 300 kilometres from the Libyan coast to Lampedusa.

At least 20 of the migrants who were examined by medical personnel had scars from torture, she said.

“They had burn wounds, firearms wounds,” Serrachieri said. “[They] were very worn down, some were dehydrated.”

Local reports suggest some of the migrants may have been falsely imprisoned in Libya. Italian prosecutors have opened an inquiry into what may have happened, the BBC reported.

The migrants were ferried ashore in small groups via two coast guard vessels and a customs boat.

Serrachieri said she didn’t know how long the fishing boat had been at sea after being launched from Libyan shores. But she said the migrants had spent weeks or even months in Libya awaiting passage in traffickers’ boats in hopes of reaching Europe.

Many of the migrants were from North Africa or West Africa but some were from Bangladesh, she said.

In addition two small boats with about 15 migrants each reached Lampedusa’s waters unaided from Tunisia earlier Saturday, she said. A third such boat with about 20 aboard was spotted approaching Lampedusa Saturday afternoon.

The island’s housing complex, where migrants stay while the initial paperwork is done for asylum applications, can hold about 250 people but Saturday’s arrivals swelled the number of occupants to about 1200. Many migrants were awaiting transfer by boat to Sicily or the Italian mainland.

Lampedusa mayor Toto Martello said it was “one of the biggest landings in recent times”.