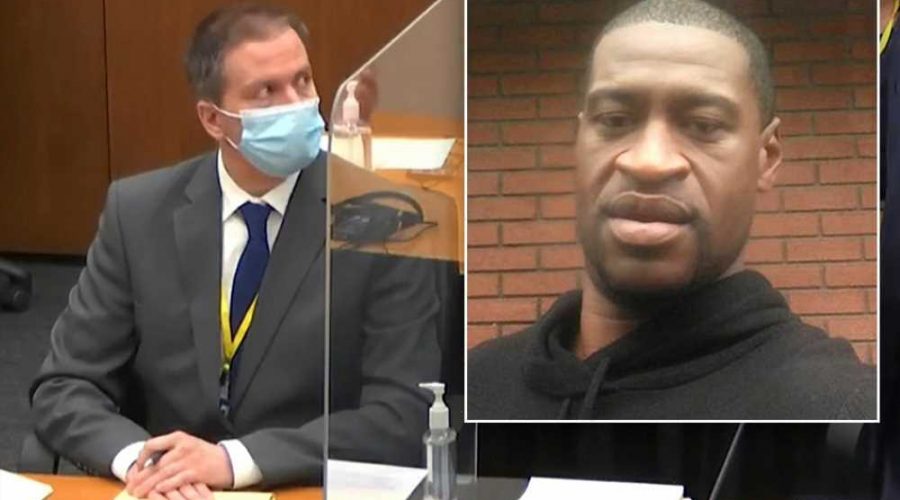 Former Minneapolis police officer Derek Chauvin made his initial appearance Tuesday on federal charges that he abused his position as a cop to violate George Floyd’s civil rights.

Chauvin, 45, who was convicted last month of murder and manslaughter in Floyd’s death on May 25, 2020, wore an orange prison shirt when he appeared remotely in federal court from the maximum-security prison in Oak Park Heights.

He wore a surgical mask at first but took it off when US Magistrate Judge Becky Thorson said he could — then occasionally jotted down notes and answered the judge’s questions.

The former cop stated his name and age, and said he understood the charges against him and his rights.

When asked if he knew he had a right to a detention hearing, he said: “I do now, Your Honor … Probably in light of my current circumstances I believe that would be a moot point.”

After a short off-record confab with his lawyer, Eric Nelson, Chauvin waived his right to a detention hearing and Thorson ordered him into federal custody.

The Minnesota Department of Corrections confirmed that he will be in federal custody but will stay in the state slammer.

The federal charges accuse Chauvin of violating Floyd’s rights as he restrained him while he was handcuffed and not resisting.

Chauvin also is charged in a separate indictment alleging he violated the rights of a 14-year-old boy in 2017.

All four ex-cops are charged broadly with depriving Floyd of his rights, but the counts that name Chauvin allege he violated Floyd’s right to be free from unreasonable seizure and from unreasonable force by a police officer.

They also allege he and the others deprived Floyd of liberty without due process when they failed to provide him with medical assistance.

The other former officers face charges of aiding and abetting both second-degree murder and manslaughter. They are free on bond and face state trial in March.