The Victorian Health Department failed to adequately support testing and enforce self-isolation rules during two regional COVID-19 outbreaks that were suppressed largely through the strong actions of locals.

A leaked state government review found clear lines of communication did not exist in the management of outbreaks in Colac, west of Geelong, where about 145 people become infected in two clusters between July and September. 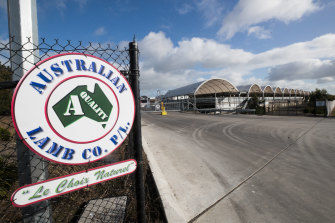 Abattoir workers received health directions in a language they could not understand and were leaving home during their quarantine period. Some workers, who lived in houses with up to 11 co-workers, were short on food and other essentials because emergency relief was not delivered quickly.

Families received conflicting advice about whether to send their children to school, and local community health leaders bypassed the state government to request Australian Defence Force support due to "inconsistent and confusing" processes for requesting state government help.

The Emergency Management Victoria review found the response to the outbreaks was "swift and successful" but this was "largely based on the actions of those involved at the local level, rather than through following traditional command and control structures".

"It was acknowledged by those interviewed that without some key interventions and decisions made at the local level, as well as strong support from the local community, the outcome could have been vastly different," the review found. 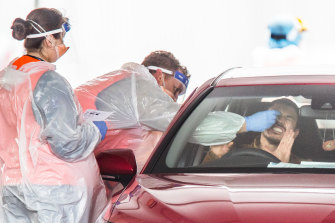 "There were significant issues with the timely and consistent flow of information during the COVID outbreaks. At times it seemed that local intelligence was underutilised during the first cluster, leading to delays with information flow, decision making and response activities."

"While [the Department of Health and Human Services] as the control agency took responsibility, it was not clear to everyone involved what the reporting lines were, or how to escalate requests or issues – which caused frustration and delays when seeking information or getting approvals.

"At times it appeared that the incident was being treated like a fire or flood response, rather than a health pandemic and that the policy and procedures would not keep up with operations in such a fast-moving situation.

"At times, it felt like the state was working in a silo."

It was announced last month that the DHHS, a mega-department created in 2015 that manages traditional health services and human services such as child protection, would be split up. The department warned the Andrews government four days after the first COVID-19 case in Victoria that its ability to respond to a pandemic was hampered by a lack of funding.

It uses a centralised operating model in contrast with the NSW system, which uses 15 public health units with localised knowledge.

In September, the Andrews government announced it would create six regional and three suburban public health units as part of a $657 million boost to public health.

The Emergency Management Victoria report said testing at workplaces where COVID-positive people had worked was managed by Colac Area Health and "initially not well supported by DHHS."

The incident management team found large groups of abattoir employees were living together and contributing to the high rate of transmission.

"This was reported to DHHS, but no response was received from them," the report said.

The employees did not receive timely food packages and were not certain what rules they needed to follow, meaning they "often" left home when they were meant to be in quarantine.

Police waited up to eight days to receive details on who was in isolation, meaning there were long periods when compliance checks were not carried out.

An Andrews government spokeswoman said the government had "continuously improved the way we fight this deadly virus as it evolves and we’re always looking for ways to build on that."

"This report was commissioned to capture any lessons learnt from the outbreak in Colac as we rolled out the regional public health units – this is about actively seeking feedback and identifying any processes that can be further improved to help Victorians," she said.

Former mayor Jason Schram, who led the Colac Otway Shire during the outbreaks, said the town began to take matters into its own hands rather than waiting for help from DHHS.

“There was definitely a feeling early on we were on our own,” he said. “It wasn’t until we really mounted a fair bit of media pressure … that we got a response.”

Mr Schram said there was a sense of pride within the community, the likes of which he had never previously seen, after suppressing the virus when it seemed it was going to tear through Colac.

“We got one shot at it and we played it beautifully,” he said. “We got it right.”

In mid-July Barwon Health, which is based in Geelong, took over contact tracing from the DHHS in the town. Colac residents mounted a disciplined campaign to maintain public health and social distancing.

People stayed home voluntarily, arranged food drop-offs for people who had to quarantine and helped with coffee runs for nurses carrying out testing.

The Emergency Management Victoria report found it would be valuable to give local MPs and trusted local spokespeople a greater role in emergency responses.

Liberal member for Polwarth Richard Riordan, who represents the town of Colac, called for faster action by the DHHS at the time of the outbreaks.

Mr Riordon said a woman who worked at a large Colac workplace was denied a test because she was asymptomatic, despite her husband working at the Bulla dairy factory where a case had emerged. The woman's workplace asked her to go home when she arrived at work on Monday. Her husband tested positive on Wednesday and she tested positive the following Saturday.

Mr Riordan said the actions of the employer, rather than instructions from the department, avoided a week of potential transmission within the woman's workplace.

"The reason Colac survived and did so well was the community banded together and went around that bureaucratic mechanism," he said, adding that some locals waited up to 10 days for test results.

"That's a great credit to our civic leadership, who were much more nimble.

"The main issue was it was centrally controlled out of Melbourne … The state controller and minister were being told one thing and the reality was another.

"This caused huge stress and anxiety."