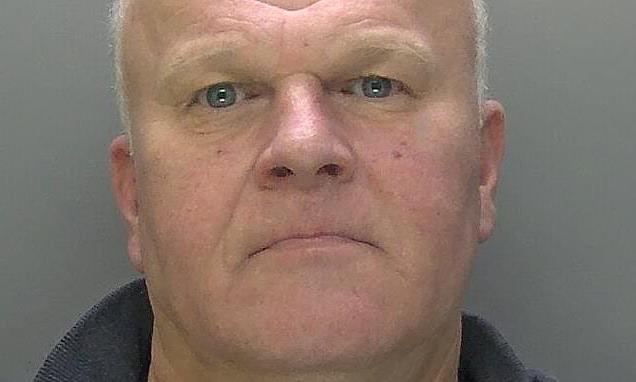 A disqualified van driver has been jailed for knocking over and killing a WW2 hero as crossed the road to do his weekly shopping.

Ex-paratrooper Alonzo Smart, 95, suffered a serious head injury and broken ribs before he died a month after the incident outside a Co-op supermarket.

Alonzo, who served in Europe, Palestine and Malaysia, was crossing the road at a point that his friends had shown him as the ‘safest place to cross the road’.

Van driver Ricardas Prismantas, 54, told officers he ‘didn’t notice’ Alonzo walking with a small shopping trolley when he hit him while driving his van at around 10mph on December 2, 2019

Prismantas was initially handed a non-custodial sentence for careless driving and driving while disqualified a week after the incident in Fordham, Cambs. 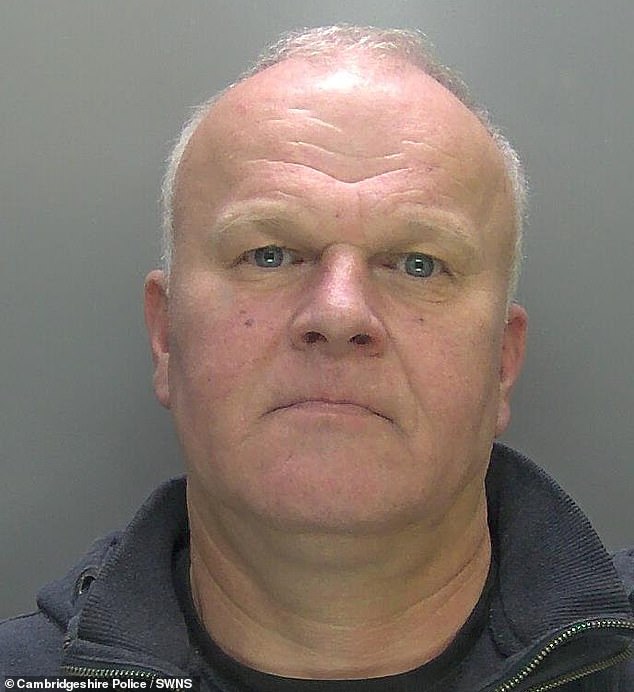 Van driver Ricardas Prismantas, 54, has been jailed for one year after he hit ex-paratrooper Alonzo Smart, 95, with his vehicle as he tried to cross a road in Fordham, Cambridgeshire

But Alonzo, who became a carpenter after his military career, died on January 2, 2020, of bronchopneumonia due to his injuries suffered in the collision.

He was described by friends as a ‘true gentleman’ and a ‘fine and honourable man’ who lived alone after his wife Kathleen died in 2016.

Authorities issued a European Arrest Warrant and Prismantas was arrested in Lithuania before being extradited back to the UK.

Prismantas, who was uninsured and disqualified from driving at the time of the collision, pleaded guilty to all charges at Cambridge Crown Court on August 20.

On Friday, Prismantas, of Northampton, was sentenced to one year in prison and disqualified from driving for 18 months.

Sentencing, Judge David Farrell said: ‘You failed to see Mr Smart, but a careful and competent driver would have done.

‘He was crossing the road and another car stopped to allow him to do so.

‘You have heard the victim personal statements read out as to the loss suffered as a result of his death.

‘This court can’t turn the clocks back and no sentence that is imposed by any court can reflect the loss of human life.’

Archangelo Power, mitigating, said the collision was a ‘terrible and tragic’ accident caused by a momentary lapse of concentration.

He said Prismantas had been left ‘crushed’ by the collision which cost an ‘elderly and much-loved local serviceman’ his life, and added that he was genuinely remorseful.

PC Leo Baker of Cambridgeshire Police said that officers attend these kinds of incidents far too often and many are completely avoidable.

He added: ‘It’s incredibly sad when we have to attend incidents where drivers have made a mistake resulting in tragedy.

‘It is vital that people drive in a safe, considerate way in order to prevent awful instances like this occurring in the future.’