DONALD Trump says Kim Jong-un put his uncle’s severed head on display while admitting negotiating with the dictator is not “like dealing with France.”

The US President told supporters on Thursday about how the sick North Korean leader butchered his own uncle Jang Song Thaek. 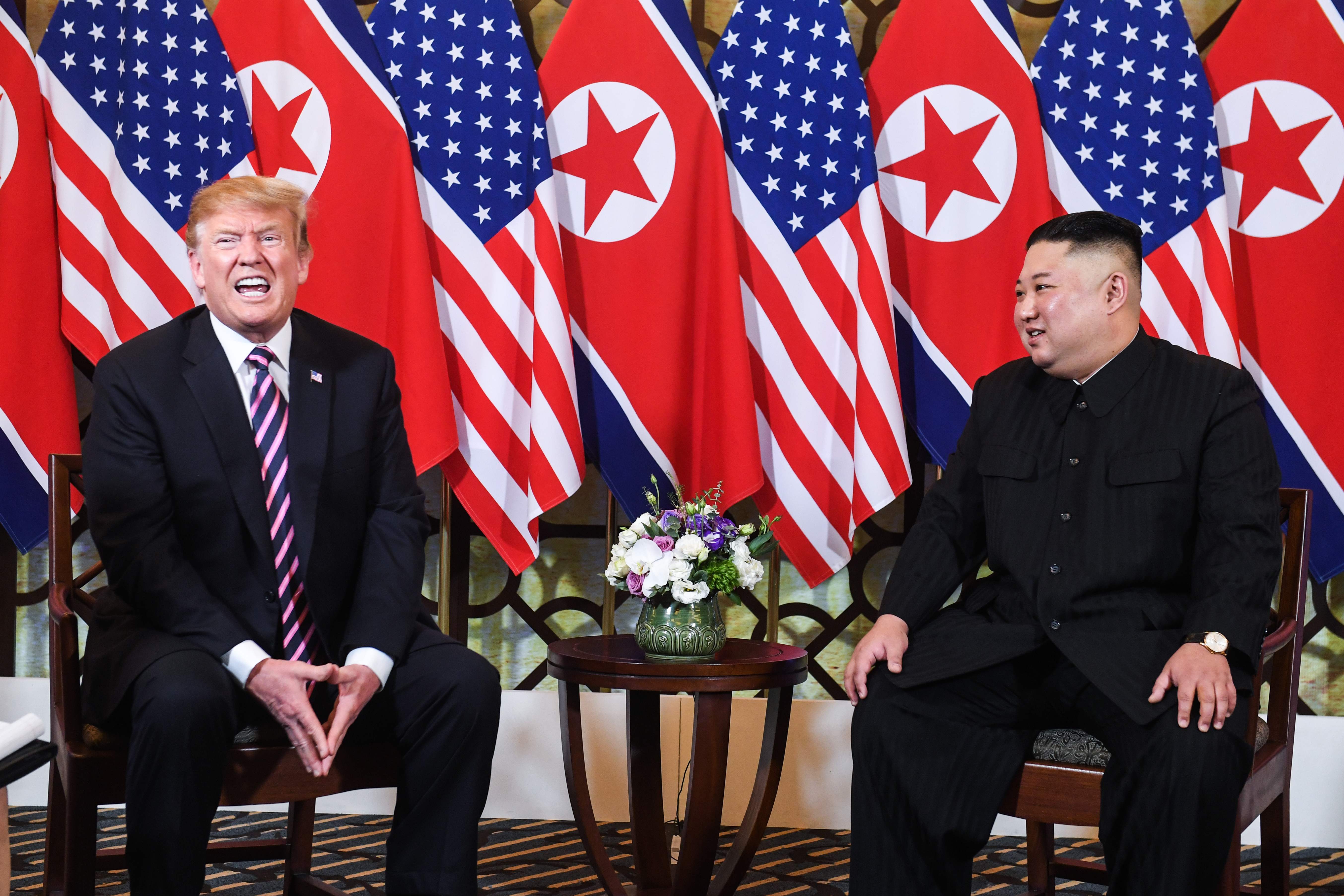 While it is publicly known that Jang was executed by anti-aircraft gun in 2013, the revelation that his severed head was put on display is a grisly new detail.

A person at the meeting with Trump told the Washington Post that the Republican spoke of his frustrations at negotiating with Kim.

Comparing the despot to ally Emmanuel Macron, he said: “It's not like dealing with the president of France”, the source claims.

The US President and Kim have held two summits focused on the North Korea’s nuclear weapons programme.

However, they have made no clear progress towards a deal that would eliminate the rogue state’s nukes with Trump walking away from their last meeting in Hanoi, Vietnam in February.

It's not like dealing with the president of France

The execution of Jang is another example of the North Korean regime’s ruthless depravity.

He held the position of Vice Chairman of the National Defence Commission which is considered the second most powerful position in the crackpot country.

In 2013, Kim’s state media announced he had been removed from his post by his blood-thirsty nephew for allegations of corruption, drug use, gambling and womanising.

He was alleged to have led a “dissolute and depraved life” and executed on for treason and attempting to overthrow the regime. 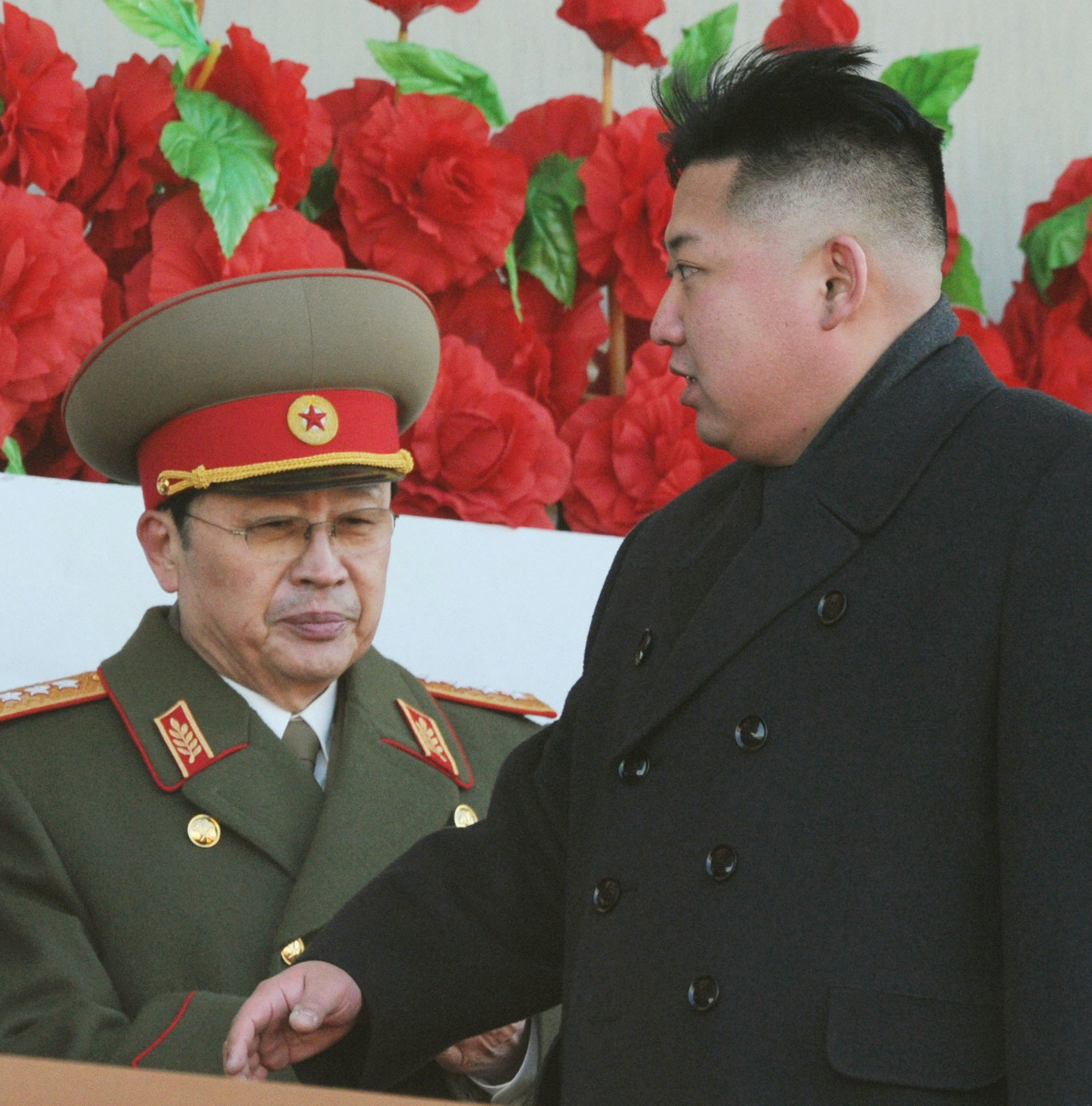 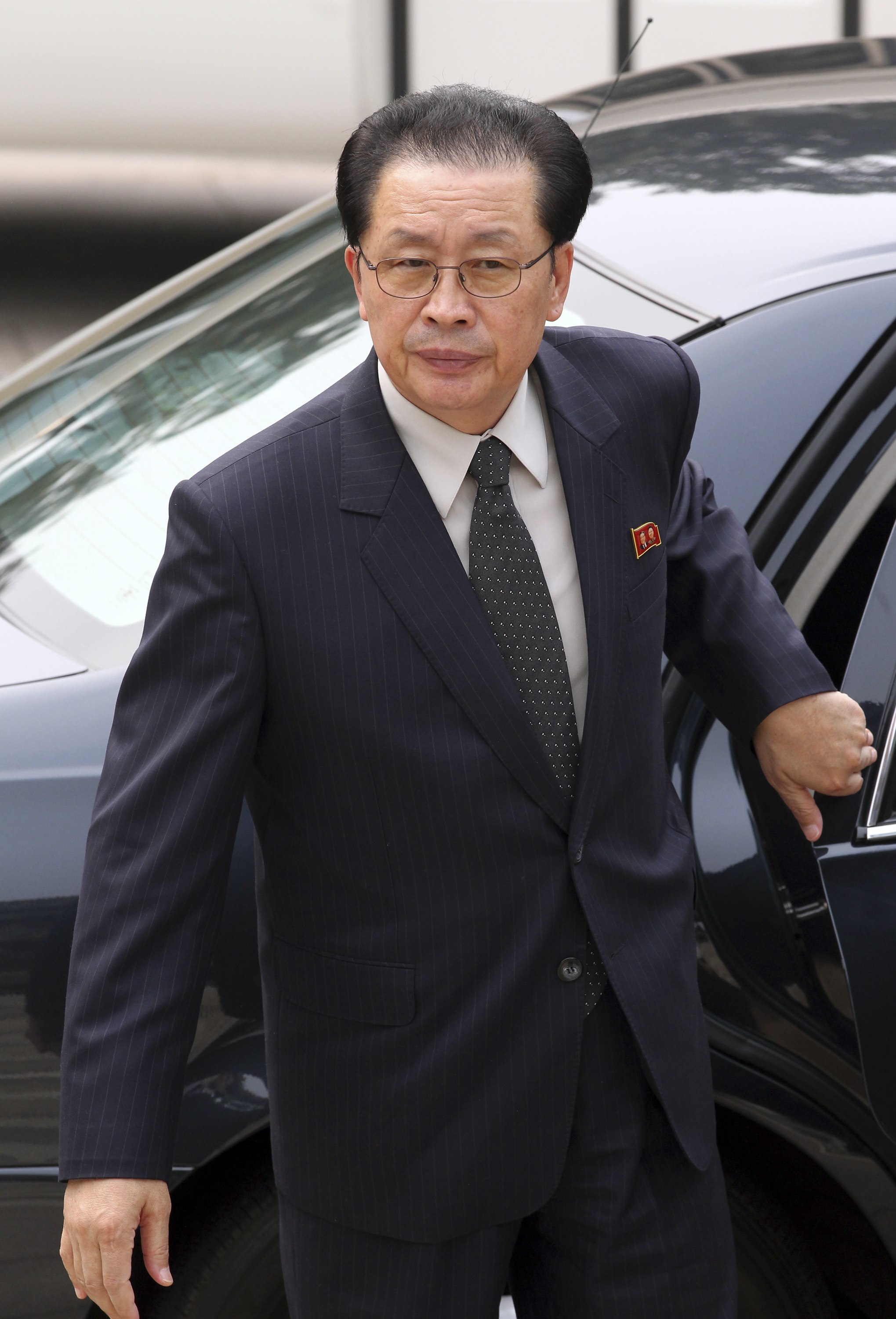 Following the collapse of talks between the US and North Korea, tensions between the countries have escalated.

South Korean officials said the missiles flew up to 125 miles before splashing into the sea toward the northeast.

It comes weeks after the rogue nation test-fired a new tactical guided weapon with a "powerful warhead".

Kim Jong-un's regime is demanding the Trump administration show more flexibility – or else it will go back on its promise to scrap its deadly nuclear arsenal.

Pyongyang says it will only ditch its weapons programme if the US agrees to scrap crippling economic sanctions on the country.

In April 2018, Kim had said North Korea would stop nuclear tests and launches of intercontinental ballistic missiles – because Pyongyang's nuclear capabilities had been "verified."

But US National Security Adviser John Bolton said on May 1 that the US needs to see "a real indication from North Korea that they've made the strategic decision to give up nuclear weapons."