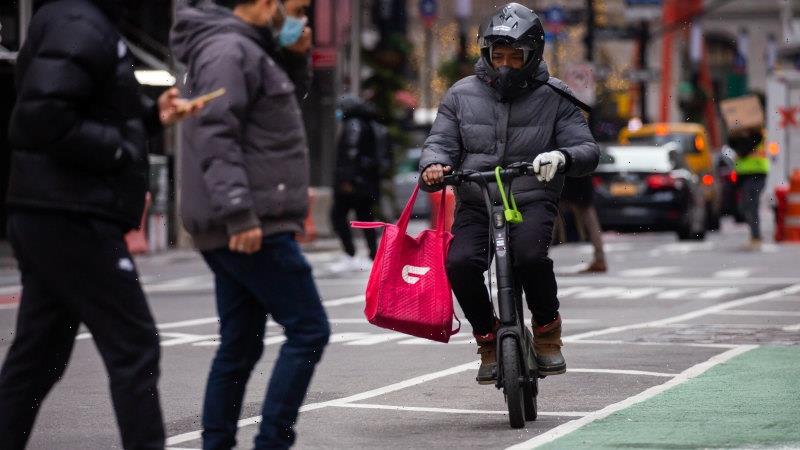 Two food delivery workers for the global gig economy giant DoorDash were killed within two months in late 2020 in Melbourne but one was only revealed publicly on Friday at a parliamentary committee hearing in NSW.

The 27-year-old man died after a car crash on September 5 last year in Point Cook. Initially, the death was not reported properly on DoorDash’s platform because the man, whose name was not released, was not logged in when the accident happened at around 11pm. 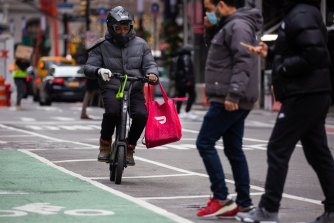 DoorDash is a global food delivery giant that relies on a gig economy model.Credit:Bloomberg

“We have brought that into question as he had been on the platform, earlier in the evening and had completed a delivery for DoorDash,” the company’s Australian general manager Rebecca Burrows told a NSW parliamentary inquiry into the gig economy. The audit that uncovered the death was in part triggered by the upcoming inquiry.

A second DoorDash courier, Chow Khai Shien, was killed a month later in Melbourne in October and reported after his family overseas raised the alarm. The death toll in the food delivery industry now stands at seven for 2020.

“I definitely accept that my response or our response, as we’ve gone back through all of our safety cases, is that this 100 per cent could have been handled better in terms of an escalation so that we would know these specific elements at the time,” Ms Burrows said under questioning from Labor’s shadow treasurer Daniel Mookhey.

Ms Burrows said DoorDash had since improved its reporting and safety processes, including through an industry-wide collaboration. “We operate obviously in a very highly competitive industry but safety is not something that I seek to be a competitive advantage. It’s something that I think we should collaborate [on] to ensure we have the right things in place and that we collectively raise the bar across the board.”

Companies such as DoorDash, Deliveroo and Uber Eats are gig economy companies that classify their workers as independent contractors, who have control over their working hours via an app. However, that can also create issues about whether a person was “working” at a given point in time.

In all, DoorDash said there had been 41 safety incidents recorded since it started operating in Australia in September 2019. Of those, 10 involved car crashes and five were bike riders who needed to go to hospital.

It is now facing a WorkCover claim from Mr Chow’s family over his death and has offered a small payment, which Ms Burrows said was between $US10,000 and $US15,000, to the family of the second rider as an interim payment while it investigates whether its insurance policy for riders will apply.

That policy, from insurance giant Chubb, covers riders for 15 minutes after a DoorDash trip.

Transport Workers Union national secretary Michael Kaine extended his sympathies to the family of the unnamed worker and lashed the company.

“It’s outrageous it’s taken almost a year for the company to publicly disclose this information, and the rider’s family deserves far better,” Mr Kaine said. “These companies don’t know whether their workers are alive or dead, and you have to question whether they even care.”

A Victoria Police spokesman confirmed the crash, in which both drivers died.

“A report has been prepared for the coroner,” the spokesman said.