Controversial biochemist Shane Charter claims he is owed $1.8 million by an associate who has allegedly made a fortune selling his signature “Dr Ageless” anti-ageing treatments to celebrities, athletes and underworld figures.

Mr Charter, who came to prominence over his role in the Essendon doping scandal, has filed a lawsuit in the Supreme Court claiming he’s received just $23,000 after he sold his trade secrets in 2012 to a start-up sports medicine and anti-ageing clinic. 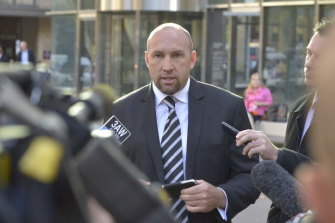 The legal action has pitted Mr Charter against one of his former employees, Robin James Taylor, who bought the rights for $250,000 and a pledge to pay a 2 per cent share of any revenue generated by the business for a decade.

Mr Charter, a convicted drug trafficker who also runs a high-interest money-lending business, set a punishing 2 per cent a month default interest rate in the event Mr Taylor failed to make timely payments on the deal. According to Mr Charter, it’s been costing Mr Taylor at least $25,000 in interest a month. 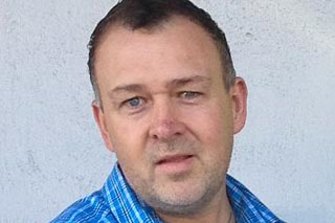 In court documents, Mr Charter claims Mr Taylor handed over just $20,000 before defaulting two months after the deal closed in 2012. The total debt, which includes Mr Charter’s alleged share of business proceeds, has now ballooned to $1.8 million and the deal still has two years to run.

Mr Charter claims he received only one other payment in the past eight years, which was a wad of $3500 in cash Mr Taylor handed over in a Moonee Ponds cafe after Mr Charter sent him a “notice of default” in 2016.

“I’m sorry I haven’t paid in full for the business. Please give me some leniency. I promise I will catch up all payments and pay you in full with interest,” Mr Charter claims he was told by Mr Taylor during the February 2016 meeting, according to court documents.

No other payments were allegedly made. The writ claims Mr Charter made multiple attempts to recover the debt before filing the writ in court but it is unclear why he waited eight years to lodge a legal claim to collect what he claims is owed.

Both Mr Taylor and Mr Charter did not want to comment while the matter was before the court.

Mr Charter is also suing a business called Corporate & Health Consulting Pty Ltd, although it is unclear how it is connected to Mr Taylor.

The legal stoush is the latest in a series of problems plaguing the former bodybuilder, who has long promoted the supposedly miracle benefits of peptides and human growth hormone.

Promotional materials claimed Dr Ageless was one of the few clinics in Australia experienced in administering peptide-based treatments that could prevent coronavirus and treat cancer.

Mr Charter has also been slugged with a $1 million tax bill after audits by the Australian Taxation Office alleged he had failed to declare his full income or explain how he had amassed a portfolio of assets. Mr Charter disputes the bill and the ATO's claims.

Mr Taylor’s defence is due to be filed at a later date.