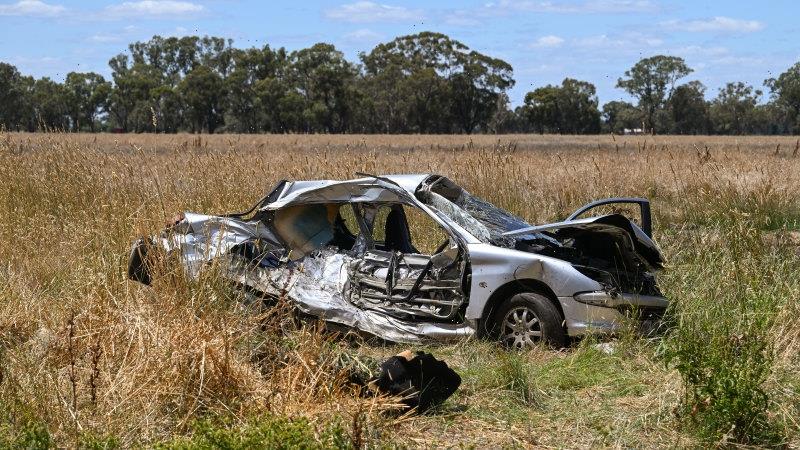 A 41-year-old man has been charged over a crash that killed four passengers when the car he was driving collided with a ute, hit a road sign and came to a stop in a paddock near Shepparton on January 4.

Harinder Singh, who remains in hospital under police guard, was charged on Wednesday with four counts of dangerous driving causing death. 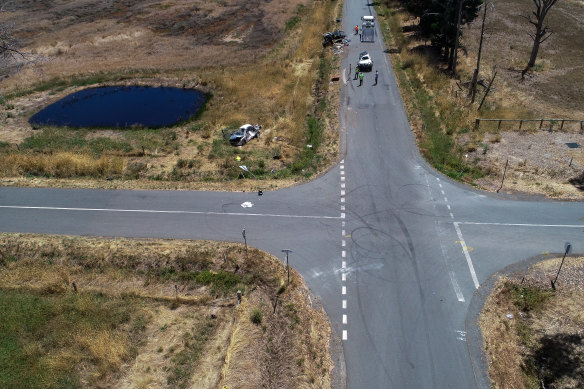 Four farm labourers died in the accident near Shepparton on January 4. Credit:Joe Armao

Singh was driving across an intersection on Pine Lodge North Road in a Peugeot with four male passengers about 4.45pm when the car collided with a Toyota Hilux ute towing a trailer. All four passengers died at the scene.

Three of the four men who died were “ejected” from the car according to police, with officers investigating whether the passengers were wearing seatbelts.

“As a result of the collision, three men in the rear of that [Peugeot] hatchback had been ejected and have died. And the front-seat passenger has also been killed,” he said. 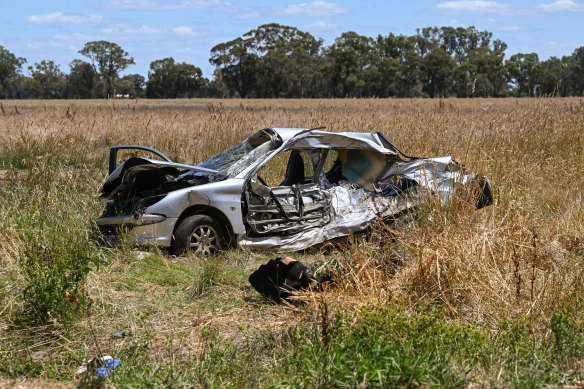 The car in which four men died.Credit:Joe Armao

“It’s rare that people get ejected when they’re wearing seatbelts. So we can’t stress enough the importance of wearing a seatbelt.”

The 29-year-old ute driver from Nathalia was taken to hospital with minor injuries after stopping to assist at the scene.

Happy Singh, who leases a vegetable farm at Katandra West, near the site of the accident, said he employed the four men to work on the property for the day before they asked for a lift back to Shepparton with the driver, a friend of his.

“I feel really sad,” Happy Singh previously told The Age. “They were very happy when they left. I was expecting we would meet again next time.”