Wayne McKay, 41, from Branksome Park, Poole, drove into the path of a motorcyclist

A man who caused a fatal crash when he used his lorry to usher a dog off a road escaped jail after his victim’s family pleaded for leniency.

Wayne McKay, from Branksome Park, Poole, drove into the path of motorcyclist Andrew Mann as he tried to shepherd the escaped pet towards a driveway on the other side of the road.

The 41-year-old lorry driver said he was ‘very focused on the dog’ and did not see Mr Mann’s green motorbike.

Mr Mann, 40, died at the scene on the A31 near Sturminster Marshall, Dorset, on April 30 last year.

He was a senior planning consultant for estate agent Savills and left behind four ‘very devastated’ children.

But a court heard that Mr Mann’s family did not wish to see McKay go to jail after he admitted a charge of causing death by careless driving.

In giving him a suspended sentence judge Brian Forster QC told McKay: ‘I take into account the kindness they are showing towards you and their views in this case.’

Bournemouth Crown Court heard that McKay started driving slowly along the A31 when he became aware of the small black dog on the carriageway.

Roderick Blain, prosecuting, told the court the defendant was driving his lorry slowly and taking precautions to avoid an accident with the dog.

The man in the passenger seat told Mckay “I’ll worry about the dog, you worry about driving’, the court heard. 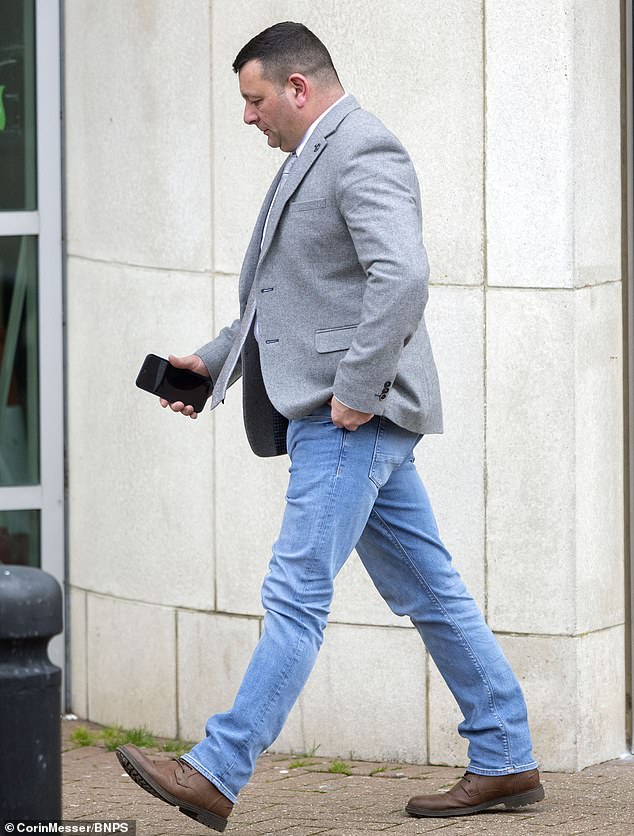 The dog then darted up an entrance to a nearby farm and Mckay made a right turn across the carriageway towards it.

‘He turned into the path of an upcoming motorcycle driven by Mr Mann, who should have been visible to him for seven seconds,’ Mr Blain told the court.

‘The defendant didn’t look or if he had looked he didn’t see Mr Mann before the manoeuvre.

‘There was ample opportunity for him to do the most important thing and that was to check for an oncoming vehicle.’

Mr Blain explained that Mr Mann’s family declined to make a victim impact as nothing they would say could bring him back.

But the prosecutor added: ‘The family have no wish to see anyone go to prison.’ 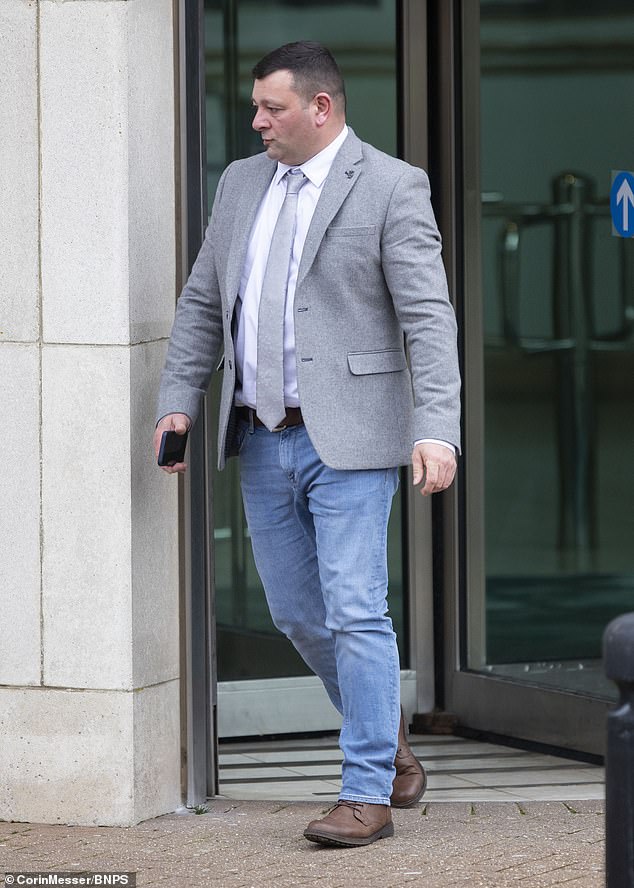 McKay, from Branksome Park, Poole, wept throughout the proceedings.

Ben Schofield, defending, said the defendant ‘had played the incident over and over in his mind’ since it happened.

He said: ‘He is truly sorry for the hurt he has caused the family.’

Judge Forster sentenced McKay on Friday to a six month prison sentence suspended for 15 months, 120 hours unpaid work and disqualified him from driving for two years.

He said: ‘I want it noted that they [Mr Mann’s family] have acted with consideration and integrity in relation to their own conduct in respect to these proceedings.

‘I take into account the kindness they are showing towards you and their views on this case.

‘I appreciate the unique circumstances of what took place but as a driver you have a responsibility to drive in such a way that doesn’t endanger other motorists.

‘You became almost obsessed and over-concentrated on the dog and failed to have a regard for the motorcyclist on the other side of the carriageway, causing this terrible accident.’

Related posts:
23/02/2020 World News Comments Off on Driver killed a motorcyclist when he used lorry to usher dog
Lifestyle